Pope Urban II, otherwise known as Odo of Châtillon or Otho de Lagery, was the head of the Catholic Church and ruler of the Papal States from 12 March 1088 to his death. He is best known for initiating the Crusades.

An underground film is a film that is out of the mainstream either in its style, genre, or financing. 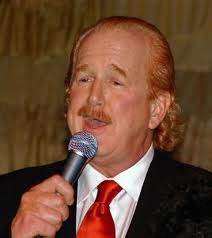 Red Peters is a musician and songwriter who has released two albums and three compilations. He was the host of The Red Peters Comedy Music Hour from 2005-2013 on Sirius XM, and a frequent guest on The Howard Stern Show.

Pauline Peters was a Welsh actress.

Gregory Scott was a British film actor of the silent era. He was born Gregory Scott Frances on 15 December 1879 in Sandy, Bedfordshire, England.

The Loudwater Mystery is crime novel by the British writer Edgar Jepson which was first published in 1920. Police are called in to investigate the suspicious death of Lord Loudwater and eventually deduce he was murdered by his private secretary. Or maybe not.

Class and No Class is a 1921 British silent comedy film directed by W. P. Kellino and starring Judd Green, Pauline Johnson and David Hawthorne. It was based on a novel by E. Newton-Bungey.

We Women is a 1925 British silent comedy film directed by W. P. Kellino and starring Beatrice Ford, Pauline Cartwright and John Stuart. It depicts the adventures of the flappers Billie and Dollie, who work as dance hostesses.

What the Butler Saw is a 1924 British silent comedy film directed by George Dewhurst and starring Irene Rich, Pauline Garon and Guy Newall.

The Office Wife is a 1934 British comedy film directed by George King and starring Nora Swinburne, Cecil Parker and Chili Bouchier. It was made as a quota quickie by the British subsidiary of Warner Brothers at their Teddington Studios.