Independent Liberal candidates for parliament or the legislature have been those who generally subscribe to Liberal Party principles but either have not been selected as an official Liberal Party candidate or decline to seek the party's nomination due to a disagreement with the party on certain issues. Under the current Elections Act a candidate who is not affiliated with a political party can only describe themselves on the ballot as Independent or "No Affiliation" and cannot describe themselves in terms of an existing political party. Accordingly, no candidate for the House of Commons of Canada has officially designated themselves an "Independent Liberal" since the 1968 federal election and no Independent Liberal candidate has been elected to the House of Commons since the 1957 federal election.

Independent Liberal is a description once used in British politics to denote a form of non-party affiliation. It was used to designate a politician as a Liberal who was independent of any political party, particularly of the Liberal Party before its transformation in the 1980s into the Liberal Democrats.

Since the Registration of Political Parties Act 1998 came into force, a candidate for election can no longer be described as an "Independent Liberal" on a ballot paper, as the 1998 Act prohibits any description which could cause confusion with a registered political party. In practice, the description used is either the name of a registered party or the word "Independent".

Independent Liberal was a definition in New Zealand politics in the late 19th and early 20th Centuries for Independents that aligned themselves with the New Zealand Liberal Party. It is often difficult to determine whether candidates were official Liberal or Independent Liberal and many electorates had more Liberal candidates standing than seats available. From 1893 to 1908 the New Zealand Liberal Party was the only formalised political party to win any seats in parliament.

Primary elections, or direct primary are a voting process by which voters can indicate their preference for their party's candidate, or a candidate in general, in an upcoming general election, local election, or by-election. Depending on the country and administrative divisions within the country, voters might consist of the general public in what is called an open primary, or solely the members of a political party in what is called a closed primary. In addition to these, there are other variants on primaries that are used by many countries holding elections throughout the world. 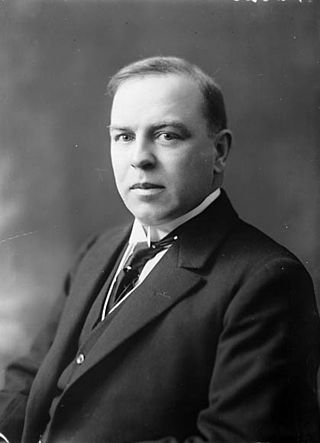 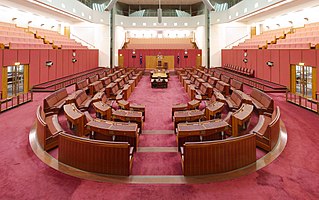 In parliamentary systems, politicians are said to cross the floor if they formally change their political affiliation to a different political party than which they were initially elected under. In Australia though, this term simply refers to Members of Parliament (MPs) who dissent from the party line and vote against the express instructions of the party whip while retaining membership in their political party.

Nonpartisan democracy is a system of representative government or organization such that universal and periodic elections take place without reference to political parties. Sometimes electioneering and even speaking about candidates may be discouraged, so as not to prejudice others' decisions or create a contentious atmosphere. 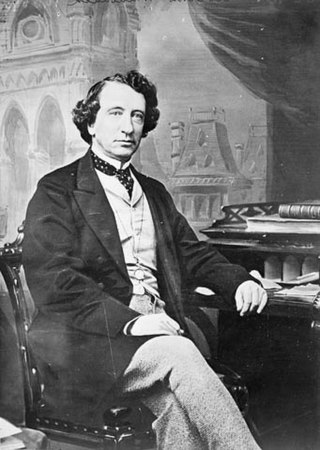 The 1867 Canadian federal election was held from August 7 to September 20, 1867, and was the first election for the new country of Canada. It was held to elect members representing electoral districts in the provinces of Nova Scotia, New Brunswick, Ontario and Quebec to the House of Commons of the 1st Canadian Parliament. The provinces of Manitoba (1870) and British Columbia (1871) were created during the term of the 1st Parliament of Canada and were not part of this election.

The Bloc populaire canadien, often shortened to the Bloc populaire or the Bloc, was a political party in the Canadian province of Quebec from 1942 to 1947. It was founded on September 8, 1942 by opponents of conscription during the Second World War. The party ran candidates at both federal and provincial levels.

The Unionist Party was a centre-right political party in Canada, composed primarily of former members of the Conservative party with some individual Liberal Members of Parliament. It was formed in 1917 by MPs who supported the "Union government" formed by Sir Robert Borden during the First World War, who formed the government through the final years of the war, and was a proponent of conscription. It was opposed by the remaining Liberal MPs, who sat as the official opposition. 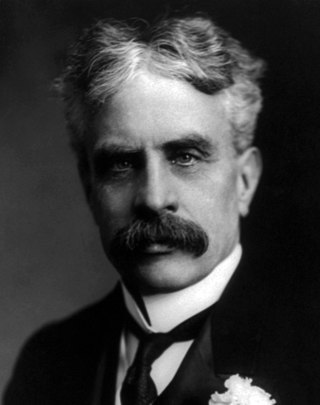 Alfred Humphrey Hindmarsh was a New Zealand politician, lawyer and unionist. He died in the 1918 influenza epidemic. He served as the first leader of the modern New Zealand Labour Party.

Independent Conservative is a description which has been used in the United Kingdom, Canada, United States and elsewhere, to denote a political conservative who lacks a formal affiliation to the party of that name.

The Parti canadien was an anti-conscriptionist party formed by Member of Parliament Liguori Lacombe in 1942. Lacombe was the MP for Laval—Two Mountains. He was an isolationist, who opposed Canada's participation in World War II and the implementation of conscription. Lacombe, a Liberal MP since 1925, quit the Liberal caucus and won re-election in the 1940 federal election as an Independent Liberal before forming the Parti canadien.

Charles Eugène Parent was a Liberal party and Independent Liberal member of the House of Commons of Canada. He was born in Quebec City, Quebec and became a lawyer by career. 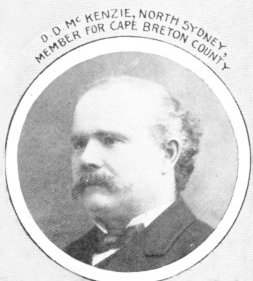 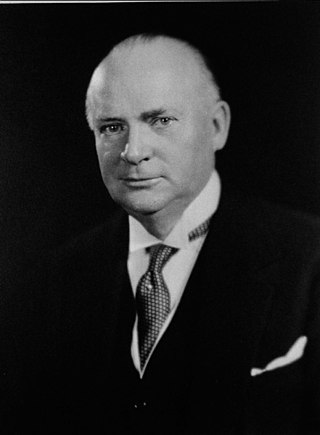