Jack (Richard E. Grant) and Sarah (Imogen Stubbs) are expectant parents, renovating their home for their soon-to-be expanding family. One night, Jack in a panic over getting Sarah to the hospital falls down the stairs and bangs his head. He wakes in hospital to find that Sarah had died after giving birth to their daughter. Grief-stricken, Jack rejects fatherhood, leaving the baby girl in the care of his parents and Sarah's mother (Eileen Atkins).

During this time, Jack relies heavily on drink, and befriends a homeless alcoholic man in a nearby skip. Knowing Jack needs to get back into his life, Jack's father (David Swift) decides to introduce Jack to his daughter by placing the child in bed next him as he sleeps off another all-night bender. The three grandparents then wait in Jack's kitchen until he wakes. Initially overcome by the child and feeling sabotaged, Jack bonds with his daughter. He quickly becomes a doting father as he continues to mourn the loss of his wife. In honour of his wife, Jacks names the child Sarah.

Fatherhood comes naturally to Jack, but he struggles with balancing raising his daughter, house renovation construction, and with his day-time job. In an odd turn of events, the homeless man from the skip comes to visit and Jack offers him work around the house. William (Ian McKellen), once sober, proves to be a remarkably efficient babysitter and housekeeper. William and Sarah's grandparents are often present to help Jack, Jack realises that he needs is a full-time live-in nanny to care for Sarah. Unfortunately, the interview process finds candidates who are cold or detached or just plain strange, much to Jack and the grandparents' dismay.

In a chance outing at a restaurant with Sarah, Jack encounters the waitress Amy (Samantha Mathis), an American living in London. Amy instantly takes a shine to Sarah and Sarah to her, and Jack offers her the nanny position on the spot. Within the week, Amy moves into Jack and Sarah's house and begins her new job caring for Sarah.

Although Amy clashes with William and the grandparents, especially Jack's mother, Margaret (Judi Dench), Jack and Amy gradually grow closer—but Jack's boss has also taken an interest in him.

The theme song in this film is "Stars" by British pop group Simply Red. 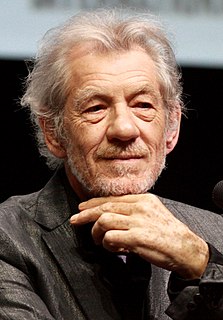 Sir Ian Murray McKellen is an English actor. His career spans six decades, having performed in genres ranging from Shakespearean and modern theatre to popular fantasy and science fiction. Over his career he has received numerous awards including seven Laurence Olivier Awards, a Tony Award, a Golden Globe Award, and a Screen Actors Guild Award. He has also received nominations for two Academy Awards, five Primetime Emmy Awards, and four BAFTAs. He achieved worldwide fame for his film roles, including the titular King in Richard III (1995), James Whale in Gods and Monsters (1998), Magneto in the X-Men films, and Gandalf in The Lord of the Rings and The Hobbit trilogies. 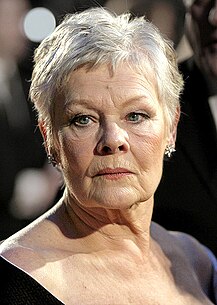 Dame Judith Olivia Dench is an English actress. She made her professional debut in 1957 with the Old Vic Company. Over the following few years, she performed in several of Shakespeare's plays, in such roles as Ophelia in Hamlet, Juliet in Romeo and Juliet and Lady Macbeth in Macbeth. Although most of Dench's work during this period was in theatre, she also branched into film work and won a BAFTA Award as Most Promising Newcomer. In 1968, she drew excellent reviews for her leading role of Sally Bowles in the musical Cabaret.

Dame Eileen June Atkins is an English actress and occasional screenwriter. She has worked in the theatre, film, and television consistently since 1953. In 2008, she won the BAFTA TV Award for Best Actress and the Emmy Award for Outstanding Supporting Actress in a Miniseries or Movie for Cranford. She is also a three-time Olivier Award winner, winning Best Supporting Performance in 1988 and Best Actress for The Unexpected Man (1999) and Honour (2004). She was appointed Commander of the Order of the British Empire (CBE) in 1990 and Dame Commander of the Order of the British Empire (DBE) in 2001.

The Clarence Derwent Awards are theatre awards given annually by the Actors' Equity Association on Broadway in the United States and by Equity, the performers' union, in the West End in the United Kingdom.

The Promise is a play written in 1965 by Russian playwright Aleksei Arbuzov. The story follows a young woman and two young men from their first meeting in a derelict room during the Siege of Leningrad in World War II; through the woman's marriage to one of the men, who turns out to be the "wrong" one; then finally to a new start with the "right" one.

Georgie Glen is a British actress, known for her film and television work in both dramatic and comedic roles. Among her most popular performances are the running characters of Miss Higgins in the BBC One period drama series, Call The Midwife, from 2018 onwards, and of History teacher, Audrey McFall in the BBC One school-based drama series, Waterloo Road, from 2012 to 2015.

The Shipping News is a 2001 Canadian-Swedish-American drama film directed by Lasse Hallström, based on Annie Proulx's Pulitzer Prize-winning book of the same title.

Cranford is a British television series directed by Simon Curtis and Steve Hudson. The teleplay by Heidi Thomas was adapted from three novellas by Elizabeth Gaskell published between 1849 and 1858: Cranford, My Lady Ludlow, and Mr Harrison's Confessions. "The Last Generation in England" was also used as a source.

Jeffery Danny Dench was an English actor, best known for his work with the Royal Shakespeare Company. He was the elder brother of actress Judi Dench.

The Complete Arkangel Shakespeare is a notable series of audio drama presentations of 38 of William Shakespeare's 39 plays. It does not include Edward III, having been only recently accepted as part of the canon. They were released from 1998 onwards on cassette and then on CD. The plays are unabridged and based on The Complete Pelican Shakespeare, published by Penguin Classics. The music for all the plays was written and produced by the Trinidadian and Tobagonian composer Dominique Le Gendre. The production features nearly 400 actors, almost all past or present members of the Royal Shakespeare Company. The cast members of each play are listed below.

Pat & Cabbage is a short lived British sitcom written by Amy Shindler and Beth Chalmers, which first aired in 2013 on ITV. It stars Barbara Flynn and Cherie Lunghi. The series centres on two newly single women who have no intention of growing old gracefully – much to the annoyance of their children. Series one was six episodes long, and premiered on Thursday 5 September and ended on 10 October 2013 on ITV.