Jacky Meindu (born 6 June 1989) is a New Caledonian footballer who plays as a midfielder for Sud Nivernais Imphy Decize in the French Division d'Honneur. [1] [2]

He signed for the French club from USC Nouméa in New Caledonia in November 2016. [3] 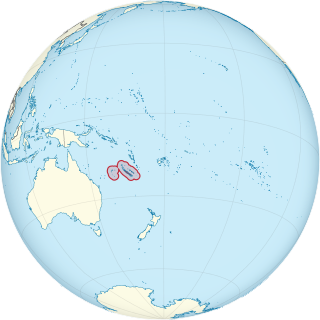 New Caledonia is a special collectivity of France in the southwest Pacific Ocean, south of Vanuatu, about 1,210 km (750 mi) east of Australia and 17,000 km (11,000 mi) from Metropolitan France. The archipelago, part of the Melanesia subregion, includes the main island of Grande Terre, the Loyalty Islands, the Chesterfield Islands, the Belep archipelago, the Isle of Pines, and a few remote islets. The Chesterfield Islands are in the Coral Sea. French people, especially locals, call Grande Terre Le Caillou. 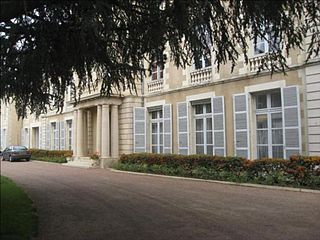 Nièvre is a department in the region of Bourgogne-Franche-Comté in the centre of France named after the River Nièvre.

Christian Lali Kake Karembeu is a French former professional footballer who played as a defensive midfielder. He is currently serving as a sporting director with Olympiacos F.C.. 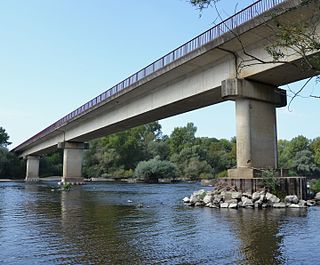 Imphy is a commune in the Nièvre department in Bourgogne-Franche-Comté, France.

AS Magenta is a New Caledonian football team playing at the top level. It is based in Nouméa. Their home stadium is Stade Numa-Daly Magenta.

Sud Nivernais Imphy Decize (SNID) is the name of a French football club from the south of the Nièvre. The manager, Jean-Philippe Panier is leading them in the CFA2.

Georges Gope-Fenepej is a New Caledonian professional footballer who plays as a striker for Championnat National club Le Mans. He is the brother of fellow footballer John Gope-Fenepej.

Jason Thomas is a Vanuatuan footballer who plays as a defender for Hekari United. He made his debut for the national team in November 2015 in their 1–1 draw with Fiji.

Jacky Axiel Ruben is a Vanuatuan footballer who plays as a Midfielder for Erakor Golden Star He made his debut for the national team on March 25, 2016 in their 1–0 win against New Caledonia.

The Australian Consulate-General in Noumea, New Caledonia represents the Commonwealth of Australia in New Caledonia, a special collectivity of France, and is also accredited to the Pacific French Overseas collectivities, French Polynesia and Wallis and Futuna. The Consul-General also serves as Australia's representative to the Noumea-based Pacific Community. The Consulate-General, one of four in New Caledonia, has since 1976 had its offices at 19 avenue du Maréchal Foch, Nouméa. Since 1990, there has existed an Honorary Consulate in Papeete, French Polynesia, currently held by Marc Siu, which reports to the consulate-general in Nouméa.

Annette Jacky Messomo is a footballer who plays as a midfielder for Kosovan Women's Football League club KFF A&N. Born and raised in Cameroon, she is a naturalized citizen of Equatorial Guinea and has played for that women's national team.

This article lists the results for the New Caledonia national football team from 2000 to 2019.

This is a list of Tahiti national football team's all kinds of competitive records.

This page details the match results and statistics of the Vanuatu national football team from 1981 to present.