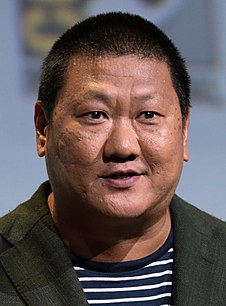 Benedict Wong is a British actor who has appeared on stage, film and television. Wong is known for portraying Kublai Khan in Netflix's Marco Polo (2014–2016) and Bruce Ng in The Martian (2015). Wong portrays the character of Wong in the Marvel Cinematic Universe. The character debuted in Doctor Strange (2016) and appeared in Avengers: Infinity War (2018), Avengers: Endgame (2019) and Doctor Strange in the Multiverse of Madness (2022). 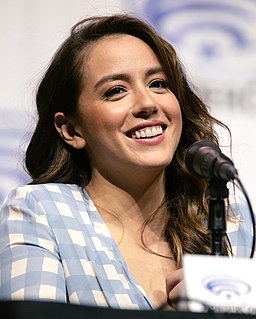 Chloe Wang, known professionally as Chloe Bennet, is an American actress and singer. She is best known for her starring role as Daisy Johnson in the ABC superhero drama series Marvel's Agents of S.H.I.E.L.D. (2013–2020).

Blumhouse Productions is an American film and television production company that was founded in 2000 by Jason Blum. Blumhouse is known mainly for producing horror films, such as Paranormal Activity, Insidious, Sinister, The Purge, Oculus, The Gift, Split, Get Out, Happy Death Day, Upgrade, Halloween, The Vigil and The Invisible Man. Blumhouse has also produced drama films, such as Whiplash and BlacKkKlansman, which both earned nominations for the Academy Award for Best Picture; Get Out and BlacKkKlansman won Academy Awards for Best Original Screenplay and Best Adapted Screenplay, respectively. The company also produced The Normal Heart which won the 2014 Primetime Emmy Award for Outstanding Television Movie. Blumhouse has worked with directors such as Leigh Whannell, Jordan Peele, Christopher Landon, James Wan, Mike Flanagan, James DeMonaco, Damien Chazelle, and M. Night Shyamalan. 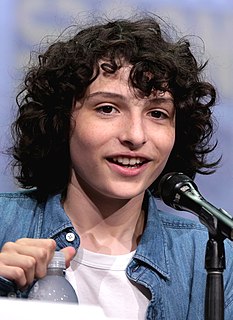 Henry Ewan Golding is a Malaysian-British actor, model, and television host. Golding has been a presenter on BBC's The Travel Show since 2014. He is known for his film work, playing the role of Nick Young in Crazy Rich Asians, as well as Sean Townsend in the thriller A Simple Favor and Tom in the romantic comedy Last Christmas, the latter two directed by Paul Feig. 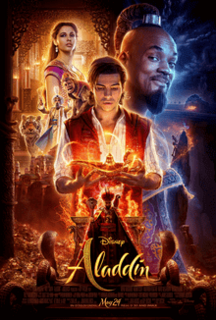 Aladdin is a 2019 American musical fantasy film produced by Walt Disney Pictures. Directed by Guy Ritchie, from a script he co-wrote with John August, it is a live-action/CGI adaptation of Disney's 1992 animated film of the same name, which itself is based on the eponymous tale from One Thousand and One Nights. The film stars Mena Massoud, Will Smith, Naomi Scott, Marwan Kenzari, Navid Negahban, Nasim Pedrad, Billy Magnussen, and Numan Acar, as well as the voices of Alan Tudyk and Frank Welker, the latter of whom reprises his roles from all previous media. The plot follows Aladdin, a street urchin, as he falls in love with Princess Jasmine, befriends a wish-granting Genie, and battles the wicked Jafar.

The Gentlemen is a 2019 action comedy film written, directed and produced by Guy Ritchie, who developed the story along with Ivan Atkinson and Marn Davies. The film stars Matthew McConaughey, Charlie Hunnam, Henry Golding, Michelle Dockery, Jeremy Strong, Eddie Marsan, Colin Farrell, and Hugh Grant. It follows an American marijuana kingpin in England who is looking to sell his business, setting off a chain of blackmail and schemes to undermine him.

The Flight Attendant is an American comedy-drama streaming television series based on the 2018 novel of the same name by Chris Bohjalian. It stars Kaley Cuoco in the title role and premiered on HBO Max on November 26, 2020. In December 2020, the series was renewed for a second season. The second season is scheduled to premiere in the third quarter of 2022.

Come Away is a 2020 fantasy drama film directed by Brenda Chapman and starring David Oyelowo, Anna Chancellor, Angelina Jolie, Michael Caine, Clarke Peters, Gugu Mbatha-Raw, David Gyasi and Derek Jacobi. The film is a homage to the stories of Peter Pan and Alice's Adventures in Wonderland. 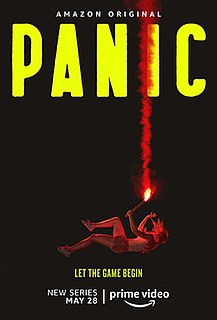 Panic is an upcoming American teen drama streaming television series created and written by Lauren Oliver based on her 2014 novel of the same name. The series stars Olivia Welch, Mike Faist, and Jessica Sula and is set to premiere on Prime Video on May 28, 2021. 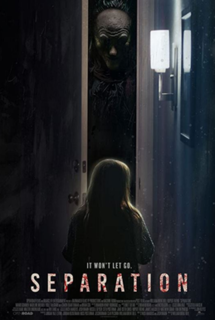 Dungeons & Dragons is an upcoming American fantasy-adventure film written and directed by Jonathan Goldstein and John Francis Daley, based on the RPG of the same name and reboot of the film series of the same name. The film stars Chris Pine and Michelle Rodriguez and will be released theatrically on March 3, 2023 by Paramount Pictures. 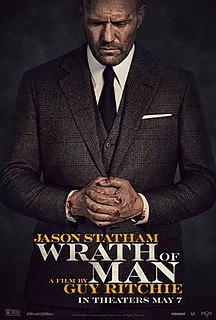 Wrath of Man is a 2021 American action thriller film directed by Guy Ritchie, from a script he co-wrote with Ivan Atkinson and Marn Davies, and is based on the 2004 French film Cash Truck by Nicolas Boukhrief. It is Ritchie's fourth directorial collaboration with lead actor Jason Statham, and first since Revolver (2005). Statham stars as H, a new cash truck driver in Los Angeles who thwarts a robbery only to have his mysterious past begin to get questioned. Holt McCallany, Jeffrey Donovan, Josh Hartnett, Laz Alonso, Chris Reilly, Raúl Castillo, DeObia Oparei, Eddie Marsan, and Scott Eastwood also star.