Joan Baehler Bauer (born July 12, 1951) is an American writer of young adult literature currently residing in Brooklyn. [1] Bauer was born in River Forest, Illinois. [1] She currently resides in Brooklyn, New York with her husband Evan Bauer. They are the parents of one daughter, Jean. [2] Before becoming a famous author Joan spent years working for McGraw-Hill and the Chicago Tribune. She also did some work in advertising, marketing, and screenwriting. [2]

The main characters in her books are typically teenagers who are dealing with complicated family issues, such as alcoholism, abandonment, illness, and self-esteem issues. These issues are lightened up with a light touch and humor. Bauer is well known for her enjoyable young adult fiction novels. They always feature bright covers with her name in mismatched colored letters.

Bauer's first book, Squashed, was set in rural Iowa. The novel features a sixteen-year-old named Ellie Morgan, whose life "would be almost perfect if she could just get her potentially prize-winning pumpkin to put on about 200 more pounds—and if she could take off 20 herself ... in hopes of attracting Wes, the new boy in town." [3] The novel was published in 1992 by Delacorte Press, a Dell Publishing imprint. According to Delacorte, Squashed won its annual Prize for an Outstanding First Young Adult Novel.

The novel Hope Was Here was published by G. P. Putnam's Sons in 2000. The novel was one of four Newbery Honor Books, and runner-up for the 2001 Newbery Medal. [4] The American Library Association award recognizes the year's most distinguished contribution to American children's literature; a distinct award for young-adult books had been introduced in 2000, the Michael L. Printz Award. Hope Was Here features Hope Yancey, a 16-year-old waitress in small-town Wisconsin. According to the Newbery Committee chair, "Bauer juggles story lines as well as Hope juggles plates, and the lessons of waitressing expand into lessons about the essentials of life." [4]

Thwonk was published in 1996 by Bantam books. The novel features A.J. McCreary and her love interest Peter Terris. She encounters a real-life cupid who can only help her in one aspect of her life: either romantically, academically, or artistically. She knows she should use the wish to get into a prestigious art school but she has been obsessed with Peter for months which complicates her situation. [5]

Peeled was published in 2008 by Putnam Juvenile. The novel follows Hildy Biddle. She dreams of being a journalist. She writes for her school newspaper and is drawn to a haunted house in her town for a story. That is where her journey begins. There have been reported ghost sightings and the town is intrigued. Hidly is determined to get the big story no matter what the consequences.

Katherine Womeldorf Paterson is a Chinese-born American writer best known for children's novels, including Bridge to Terabithia. For four different books published 1975-1980, she won two Newbery Medals and two National Book Awards. She is one of three people to win the two major international awards; for "lasting contribution to children's literature" she won the biennial Hans Christian Andersen Award for Writing in 1998 and for her career contribution to "children's and young adult literature in the broadest sense" she won the Astrid Lindgren Memorial Award from the Swedish Arts Council in 2006, the biggest monetary prize in children's literature. Also for her body of work she was awarded the NSK Neustadt Prize for Children's Literature in 2007 and the Laura Ingalls Wilder Medal from the American Library Association in 2013. She was the second U.S. National Ambassador for Young People's Literature, serving 2010 and 2011.

Cynthia Voigt is an American writer of books for young adults dealing with various topics such as adventure, mystery, racism and child abuse. Her first book in the Tillerman family series, Homecoming, was nominated for several international prizes and adapted as a 1996 film. Her novel Dicey's Song won the 1983 Newbery Medal.

Cynthia Rylant is an American author and librarian. She has written more than 100 children's books, including works of fiction, nonfiction, and poetry. Several of her books have won awards, including her novel Missing May, which won the 1993 Newbery Medal, and A Fine White Dust, which was a 1987 Newbery Honor book. Two of her books are Caldecott Honor Books. 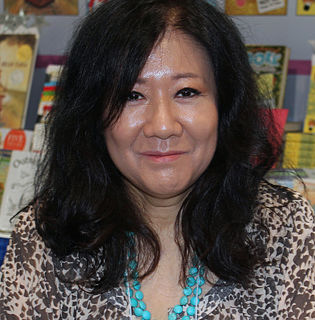 Cynthia Kadohata is a Japanese American children's writer best known for her young adult novel Kira-Kira which won the Newbery Medal in 2005. She won the National Book Award in Young People's Literature in 2013 for The Thing About Luck. 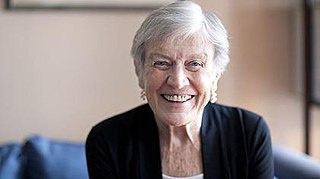 Irene Hunt was an American children's writer known best for historical novels. She was a runner-up for the Newbery Medal for her first book, Across Five Aprils, and won the medal for her second, Up a Road Slowly. For her contribution as a children's writer she was U.S. nominee in 1974 for the biennial, international Hans Christian Andersen Award, the highest international recognition available to creators of children's books.

Nancy Farmer is an American author of children's and young adult books and science fiction. She has written three Newbery Honor Books and won the U.S. National Book Award for Young People's Literature for The House of the Scorpion, published by Atheneum Books for Young Readers in 2002. 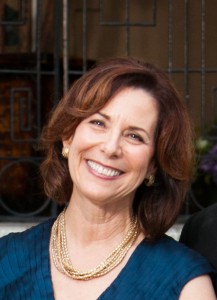 Pam Muñoz Ryan is an American writer for children and young adults, particularly in the multicultural genre. Muñoz Ryan was born in Bakersfield, California and is half Mexican with Basque, Italian, and Oklahoman cultural influences.

Libba Bray is an American writer of young adult novels including the Gemma Doyle Trilogy, Going Bovine, and The Diviners. 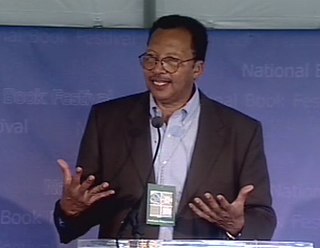 Jane Leslie Conly is an American author, the daughter of author Robert C. O'Brien. She started her literary work by finishing the manuscript for her father's Z for Zachariah in 1974 after his death.

Polly Horvath is an American-Canadian author of novels for children and young adults. She won the 2003 U.S. National Book Award for Young People's Literature for The Canning Season, published by Farrar, Straus and Giroux.

Hope Was Here is a 2000 novel by Joan Bauer. It was declared a Newbery Honor Book in 2001. The audiobook read by Jenna Lamia won the AudioFile Earphones Award.

Jacqueline Woodson is an American writer of books for children and adolescents. She is best known for Miracle's Boys, and her Newbery Honor-winning titles Brown Girl Dreaming, After Tupac and D Foster, Feathers, and Show Way. After serving as the Young People's Poet Laureate from 2015 to 2017, she was named the National Ambassador for Young People's Literature, by the Library of Congress, for 2018–19. She was also a visiting fellow at the American Library in Paris in spring of 2017.

Kathi Appelt is an American author of more than forty books for children and young adults. She won the annual PEN USA award for Children's Literature recognizing The Underneath (2008).

Mildred DeLois Taylor is a Newbery Award-winning African-American young adult novelist. She is known for exploring powerful themes of family, and intense themes of racism faced by African Americans in the Deep South, in works that are accessible to young readers. She was awarded the 1977 Newbery Medal for her novel Roll of Thunder, Hear My Cry and the inaugural NSK Neustadt Prize for Children's Literature in 2003.

Belle Prater's Boy (1996) is a young adult novel by Ruth White that tells the story of 12-year-old Gypsy and her aunt, Belle Prater, who mysteriously disappears one morning. When Gypsy's unusual cousin Woodrow--"Belle Prater's boy—comes to town, she quickly befriends him in the hope that she will find out more about his mother's disappearance. The novel is set in 1950s Western Virginia. Belle Prater's Boy was named a Newbery Honor book in 1997, and a 1996 Boston Globe - Horn Book Awards Honor Book for Fiction

Kelly Barnhill is an American author of children's literature, fantasy, and science fiction. Her novel The Girl Who Drank the Moon was awarded the 2017 Newbery Medal.