He interceded on behalf of the Syrian Christians in 1860.

Johann Baptist Homann was a German geographer and cartographer, who also made maps of the Americas. 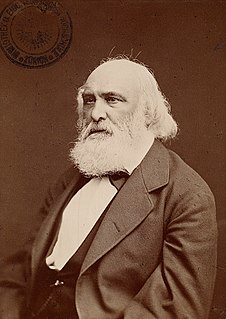 Johann Gottfried Kinkel was a German poet also noted for his revolutionary activities and his escape from a Prussian prison in Spandau with the help of his friend Carl Schurz. 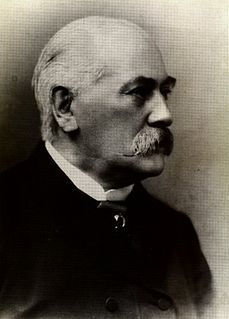 Heinrich Karl Brugsch was a German Egyptologist. He was associated with Auguste Mariette in his excavations at Memphis. He became director of the School of Egyptology at Cairo, producing numerous very valuable works and pioneering the decipherment of Demotic, the simplified script of the later Egyptian periods.

Ludwig Traube was a German physician and co-founder of the experimental pathology in Germany. 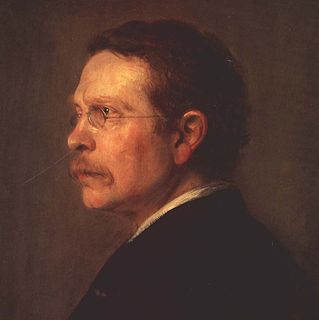 Wilhelm Ritter von Hertz was a German writer. He was born in Stuttgart.

Friedrichswerder Church was the first Neo-Gothic church built in Berlin, Germany. It was designed by an architect better known for his Neoclassical architecture, Karl Friedrich Schinkel, and was built under his direction, 1824-1831.

Julius Rudolph Ottomar Freiherr von Minutoli was a Prussian chief of police, diplomat, scientist, and author, as well as a gifted draughtsman.

The Landtag of Prussia was the representative assembly of the Kingdom of Prussia implemented in 1849, a bicameral legislature consisting of the upper House of Lords (Herrenhaus) and the lower House of Representatives (Abgeordnetenhaus). After World War I and the German Revolution of 1918–19 the Landtag diet continued as the parliament of the Free State of Prussia between 1921 and 1934, when it was abolished by the Nazi regime.

Stefan Weber is a German Orientalist and director of the Museum of Islamic Art at the Pergamon Museum in Berlin, Germany. Previously, he was assistant professor of material history at the Institute for the Study of Muslim Civilisations of Aga Khan University in London.

Johann Wilhelm Schwedler was a German civil engineer and civil servant who designed many bridges and public buildings and invented the Schwedler truss and the Schwedler cupola. He is an author of Schwedler's theorem, a theory defining relation between shear force and bending moment.

Gustav Bauernfeind was a German painter, illustrator and architect of partly Jewish origin. He is considered to be one of the most notable Orientalist painters of Germany.

Hugo Hagen was a German sculptor. 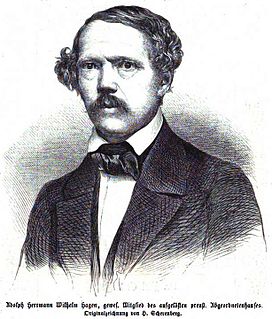 Adolf Hermann Wilhelm Hagen was a public official in Prussia. He was also a banker and a liberal politician.

Islamkundliche Untersuchungen is a series of scholarly publications in the field of Islamic studies issued by the Klaus Schwarz Verlag of Berlin, Germany. Most of the texts are in German, with some in English, French or other languages.

Johann Gottfried Teske was a Prussian physicist and philosopher who is best known for his collaboration with Immanuel Kant on his work De Igne.