Joona Tiainen (born 7 May 2000) is a Finnish professional footballer who plays for FC Lahti as a goalkeeper. [1]

Joonas Kokkonen was a Finnish composer. He was one of the most internationally famous Finnish composers of the 20th century after Sibelius; his opera The Last Temptations has received over 500 performances worldwide, and is considered by many to be Finland's most distinguished national opera.

Joonas Einari Kolkka is a retired Finnish footballer who played as a left winger most of his career, but could also play on the right wing. Having started his career in his native Finland, he went on to play for several clubs in the Netherlands, Greece, Germany, England, and the USA.

Juha Tiainen was a former hammer thrower from Finland who won the gold medal at the 1984 Summer Olympics. The same year he achieved his personal best throw, 81.52 metres. 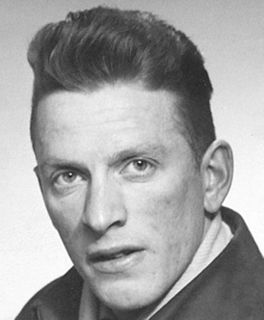 Bengt Eriksson was a Swedish nordic combined skier. He won an individual silver medal at the 1956 Winter Olympics and finished 10th at the 1960 Games. Between 1953 and 1966 he won eight national titles. He also competed nationally in association football and internationally in ski jumping, finishing 19th in the normal hill at the 1960 Olympics. In 1965 he was awarded the Holmenkollen medal, shared with Arto Tiainen and Arne Larsen.

Arto Tiainen was a Finnish cross-country skier. He was born in Sääminki.

Kari Tiainen is a Finnish enduro rider. He is a seven-time World Enduro Champion and held the record for most wins in the world championship (77), until the record was broken by compatriot Juha Salminen during the 2008 season. Tiainen has also participated in several national championships, becoming a four-time German and two-time Finnish and Spanish champion. 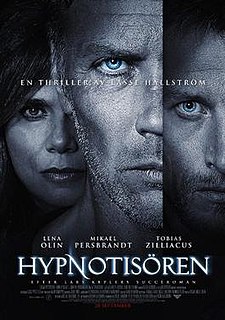 The Hypnotist is a 2012 Swedish crime thriller film directed by Lasse Hallström, based on the Swedish novel of the same name by Lars Kepler. The film was selected as the Swedish entry for the Best Foreign Language Oscar at the 85th Academy Awards, but it did not make the final shortlist. 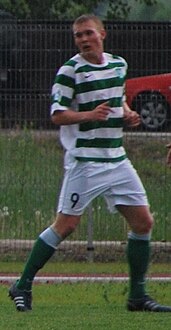 Joonas Tamm is an Estonian professional footballer who plays as a centre back for Desna Chernihiv, and the Estonia national team.

Joona Laukka is a Finnish former racing cyclist. He won the Finnish national road race title in 1996. He also competed in the road race event at the 1996 Summer Olympics. During the 1998 Tour de France Laukka escaped with six other riders in a breakaway that stayed away to the finish and as a result he was in 4th place overall for two stages. He would eventually abandon the 98 Tour, but finished the 1997 Tour de France in the top quarter of the field coming in 35th place.

Joonas Viljami Suotamo is a Finnish actor and former professional basketball player. He is best known for his role as Chewbacca in the Star Wars saga, taking over the role from Peter Mayhew, first as a body double, with Star Wars: The Force Awakens (2015), and later as the lead in Star Wars: The Last Jedi (2017), Solo: A Star Wars Story (2018) and in Star Wars: The Rise of Skywalker (2019).

Tiainen is a Finnish surname Tiainen also means a bird, Tit, in Finnish. Notable people with the surname include:

Pertti Tiainen is a Finnish long-distance runner. He competed in the marathon at the 1984 Summer Olympics.

Joonas Vahtera is a Finnish football player. He plays for HJK Helsinki.

Joonas Sundman is a Finnish professional footballer who plays for SJK, as a defender.