Joy Damousi, AM , FASSA , FAHA is an Australian historian and Professor and Director of the Institute for Humanities and Social Sciences at Australian Catholic University. [1] She was Professor of History in the School of Historical and Philosophical Studies at the University of Melbourne for most of her career,and retains a fractional appointment. [2] She was the President of the Australian Academy of the Humanities from 2017 to 2020. [3]

Damousi was born in Melbourne,Victoria. Her parents George and Sophia migrated to Australia from Greece in 1956 and 1957 respectively. [4] Damousi graduated from La Trobe University where she completed her Bachelor of Arts (with Honours) and the Australian National University where she graduated with a Doctor of Philosophy in 1987. [5]

Damousi was appointed as a Research Evaluation Committee Chair for the Humanities and Creative Arts disciplines as part the Excellence in Research for Australia (ERA) initiative of the Australian Research Council for 2012. [8] [9] [10] On 18 November 2017 she was elected as President of the Australian Academy of the Humanities. [3] From 2014 to 2015,she was also a member of the ARC Research Evaluation Committee Humanities and creative arts. [11]

As part of the Kathleen Fitzpatrick Laureate Fellowship in the 2000s,Damousi managed a related fellowship mentoring scheme. This scheme involved mentoring,training and workshops aimed to develop the careers of early career female researchers at the PhD level. [12]

In 2003,Damousi was chief editor of the leading historical journal Australian Historical Studies ,while Patricia Grimshaw was president of the editorial board. [13]

Damousi's book Freud in the Antipodes:A Cultural History of Psychoanalysis in Australia (2005,UNSW Press) was awarded the Ernest Scott Prize for the most distinguished contribution to the history of Australia or New Zealand or to the history of colonisation in 2006. [14] Other books by Damousi have been shortlisted for prizes. Colonial Voices:A Cultural History of English in Australia,1840–1940 (Cambridge 2010) was short-listed for the New South Wales Premier's History Awards,Australian History Prize in 2011. [15]

Damousi was elected as a Fellow of both the Academy of the Social Sciences in Australia and the Australian Academy of Humanities in 2004. [6] [16] She was the 2015 Fred Alexander Fellow in History at the University of Western Australia, [17] and is a holder of the Kathleen Fitzpatrick Fellowship for "outstanding female researchers in humanities,arts and social sciences". [18]

In 2014,Damousi was awarded the Australian Research Council Kathleen Fitzpatrick Australian Laureate Fellowship for her research leadership and scholarly excellence. [19]

Damousi was appointed a Member of the Order of Australia in the 2022 Queen's Birthday Honours in recognition of her "significant service to social sciences and the humanities,to history,and to tertiary education. [20]

Stuart Forbes Macintyre was an Australian historian,and Dean of the Faculty of Arts at the University of Melbourne from 1999 to 2008. He was voted one of Australia's most influential historians. 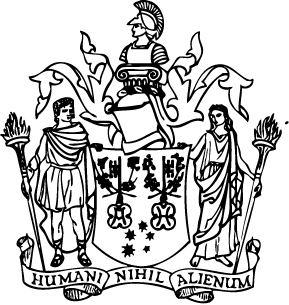 The Australian Academy of the Humanities was established by Royal Charter in 1969 to advance scholarship and public interest in the humanities in Australia. It operates as an independent not-for-profit organisation partly funded by the Australian government.

Kathleen Elizabeth Fitzpatrick was an Australian academic and historian.

Marilyn Lee Lake,is an Australian historian known for her work on the effects of the military and war on Australian civil society,the political history of Australian women and Australian racism including the White Australia Policy and the movement for Aboriginal and Torres Strait Islander human rights. She was awarded a personal chair in history at La Trobe University in 1994. She has been elected a Fellow,Australian Academy of the Humanities and a Fellow,Academy of the Social Sciences in Australia.

Warwick Hugh Anderson,medical doctor,poet,and historian,is Janet Dora Hine Professor of Politics,Governance and Ethics in the Department of History and the Charles Perkins Centre,University of Sydney,where he was previously an Australian Research Council Laureate Fellow (2012–17). He is also honorary professor in the School of Population and Global Health,University of Melbourne. He is a fellow of the Australian Academy of the Humanities,the Academy of Social Sciences in Australia,the Australian Academy of Health and Medical Sciences and the Royal Society of New South Wales,from which he received the History and Philosophy of Science Medal in 2015. For the 2018–19 academic year,Anderson was the Gough Whitlam and Malcolm Fraser chair of Australian Studies at Harvard University. As a historian of science and medicine,Anderson focuses on the biomedical dimensions of racial thought,especially in colonial settings,and the globalisation of medicine and science. He has introduced anthropological insights and themes to the history of medicine and science;developed innovative frameworks for the analysis of science and globalisation;and conducted historical research into the material cultures of scientific exchange. His influential formulation of the postcolonial studies of science and medicine has generated a new style of inquiry within science and technology studies.

Martina Heide Stenzel is a Professor in the Department of Chemistry at the University of New South Wales. She is also a Royal Australian Chemical Institute (RACI) University Ambassador and an editor for the Australian Journal of Chemistry.

The Australian Laureate Fellowship is an Australian professorial research fellowship awarded by the Australian Research Council. Up to 17 fellows are chosen each year for five-year awards.

Christopher Barner-Kowollik FAA,FQA,FRSC,FRACI is an Australian Research Council (ARC) Laureate Fellow,the Deputy Vice-Chancellor Research and Vice-President of the Queensland University of Technology (QUT) and Distinguished Professor within the School of Chemistry and Physics at the Queensland University of Technology (QUT) in Brisbane. He is the Editor-in-Chief of the Royal Society of Chemistry (RSC) journal Polymer Chemistry,a principal investigator within the Soft Matter Materials Laboratory at QUT and associate research group leader at the Karlsruhe Institute of Technology (KIT).

David Patrick Brian Fitzpatrick was an Irish historian best known for his work on Irish independence and emigration. He was professor of Modern History at Trinity College Dublin and a member of the Royal Irish Academy.

Raelene Frances,is an Australian historian and academic at the Australian National University.

Margaret Joy Kartomi is an Australian ethnomusicologist who is known especially for her contributions to the study of Asian music. She is an emeritus professor of Monash University in Melbourne. She specialises in the music of Indonesia and Southeast Asia.

Ann Margaret McGrath is the WK Hancock Chair of History at the Australian National University in Canberra. She is Director of the Research Centre for Deep History and Kathleen Fitzpatrick ARC Laureate Fellow 2017–22.

Anne Orford is a Professor of Law and an ARC Australian Laureate Fellow at the University of Melbourne.

Marilyn Fleer is an Australian professor of early childhood education and development at Monash University in Melbourne,Australia. She was awarded the Kathleen Fitzpatrick Australian Laureate Fellowship by the Australian Research Council in 2018.