Last updated May 05, 2021
For other persons with similar names, see Keith Taylor (disambiguation).

Born in Tasmania, Taylor now resides in Melbourne, Australia. Getting his start in Ted White's Fantastic , Taylor went on to collaborate with Andrew J. Offutt on two novels based upon the Robert E. Howard hero, Cormac Mac Art – an Irish Viking active in King Arthur's time.

Taylor's series of novels centering on an Irish character of his own creation – the bard Felimid mac Fal – was published throughout the 1980s. Much of Taylor's fictional output in the 1990s was in the Arthurian fantasy subgenre. Many stories featuring his character, Kamose the Magician, were published in Weird Tales in the late 1990s and early 2000s.

Taylor suffered a protracted illness beginning in 2003. He is reported to be working on new fiction. [1] 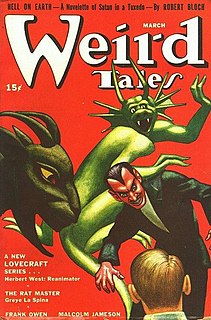 Weird Tales is an American fantasy and horror fiction pulp magazine founded by J. C. Henneberger and J. M. Lansinger in late 1922. The first issue, dated March 1923, appeared on newsstands February 18. The first editor, Edwin Baird, printed early work by H. P. Lovecraft, Seabury Quinn, and Clark Ashton Smith, all of whom went on to be popular writers, but within a year, the magazine was in financial trouble. Henneberger sold his interest in the publisher, Rural Publishing Corporation, to Lansinger, and refinanced Weird Tales, with Farnsworth Wright as the new editor. The first issue under Wright's control was dated November 1924. The magazine was more successful under Wright, and despite occasional financial setbacks, it prospered over the next 15 years. Under Wright's control, the magazine lived up to its subtitle, "The Unique Magazine", and published a wide range of unusual fiction. 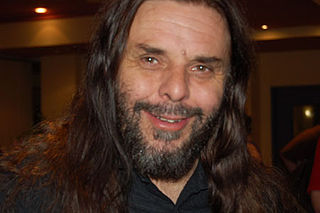 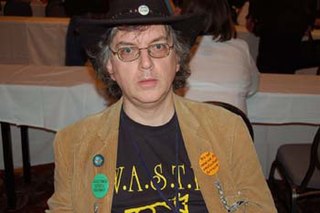 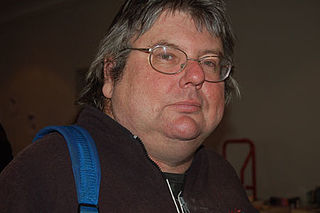 Rick Kennett is an Australian writer of science fiction, horror and ghost stories. He is the most prolific and widely published genre author in Australia after Paul Collins, Terry Dowling and Greg Egan, with stories in a wide variety of magazines and anthologies in Australia, the US and the UK. 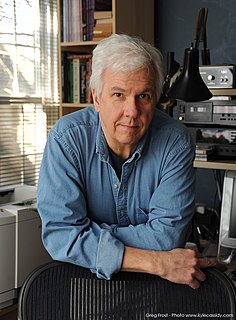 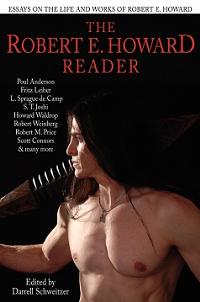 "Dead of Winter" is a 2006 horror short story by Stephen Dedman. 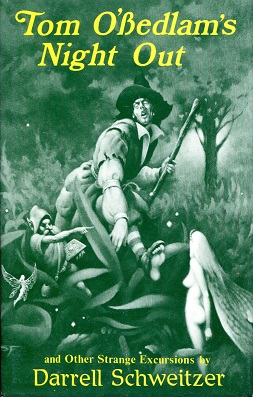 Tom O'Bedlam's Night Out and Other Strange Excursions is a collection of dark fantasy short stories written by Darrell Schweitzer. It was first published in hardcover and trade paperback by W. Paul Ganley in November 1985. An electronic edition was published by Necon E-Books in December 2012 as no. 20 of its Necon Classic Horror series. The copyright statement of the Necon edition states that it "incorporates the author's final revisions and should be regarded as definitive." 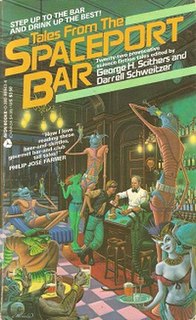 Tales from the Spaceport Bar is an anthology of science fiction club tales edited by George H. Scithers and Darrell Schweitzer. It was first published in paperback by Avon Books in January 1987. The first British edition was issued in paperback by New English Library in 1988.

Another Round at the Spaceport Bar is an anthology of science fiction club tales edited by George H. Scithers and Darrell Schweitzer. It was first published in paperback by Avon Books in April 1989. The first British edition was issued in paperback by New English Library in January 1992. 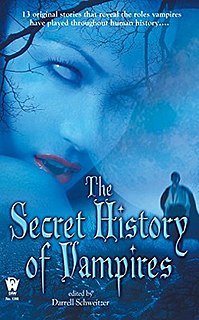 The Secret History of Vampires is an anthology of original fantasy/horror historical short stories edited by Darrell Schweitzer. It was first published in paperback by DAW Books in April 2007.