In 2005, chairman Hal Upbin stepped down as the company's CEO, passing the title on to Kellwood's president, Robert Skinner. After he retired as a CEO, Upbin became Kellwood's adviser in specific areas such as mergers and acquisitions, strategic planning and operational projects. [5]

In 2008, Gerber Childrenswear, a division of Kellwood Company, entered into a licensing agreement with Jockey International. [6]

On November 22, 2013, Kellwood and Sun Capital Partners completed the initial public offering of Vince under the ticker, VNCE on the NYSE. [15] In July 2014, Kellwood Holding, LLC announced its acquisition of Parker. Clothier Vince announced in late April 2017 that it might not remain in business over the next year, after a severe decline in revenues and stock value. [16]

In 2016, Kellwood was acquired by a Hong Kong-based investor group, previously operated by Sun Capital Partners. Following the acquisition, David Falwell was promoted from an Executive Vice President to the company's CEO. [17]

Fruit of the Loom is an American company that manufactures clothing, particularly casual wear and underwear. The company's world headquarters is in Bowling Green, Kentucky. Since 2002 it has been a subsidiary of Berkshire Hathaway.

VF Corporation is an American global apparel and footwear company founded in 1899 and headquartered in Denver, Colorado. The company's 13 brands are organized into three categories: Outdoor, Active and Work. The company controls 55% of the U.S. backpack market with the JanSport, Eastpak, Timberland, and North Face brands.

Sun Capital Partners, Inc., is an American private equity firm specializing in leveraged buyouts. Sun Capital was founded in 1995 by Marc J. Leder and Rodger Krouse, former classmates at the Wharton School of the University of Pennsylvania and investment bankers at Lehman Brothers.

Blue Nile is an online jewelry retailer founded in 1999. It is based in Seattle, Washington. As of February 2017, it is a subsidiary of Bain Capital.

Cision Ltd. is a public relations and earned media software company and services provider. The company is incorporated in the Cayman Islands and headquartered in Chicago, Illinois; with clients worldwide. The company went public via reverse merger in June 2017. In addition to its web-based PR and earned media software as a service (SaaS) suite the Cision Communications Cloud, the company owns online publicity and media services PRNewswire, PRWeb, Bulletin Intelligence, L'Argus de la presse, Help a Reporter Out (HARO), CEDROM-SNI, Prime Research, and Canada Newswire. The company operates in the United States, Canada, Europe and Asia.

EPAM Systems, Inc. is an American company that specializes in service development, digital platform engineering, and digital product design. One of the world's largest manufacturers of custom software and consulting providers. The company's headquarters is located in Newtown, Pennsylvania, and its branches are represented in more than 40 countries.

C.C. Filson is an American privately owned outfitter and manufacturer of goods for outdoor enthusiasts. The company, based in Seattle, Washington, designs, manufactures, distributes and sells men's and women's outdoor clothing, accessories and luggage. Filson sells its products via company-owned retail stores, catalogs and the Filson website as well as through authorized dealers in the United States and international distributors. The company was originally established in Seattle in 1897 as C.C. Filson's Pioneer Alaska Clothing and Blanket Manufacturers to meet the needs of prospectors passing through Seattle on their way to the Klondike Gold Rush; as of 2012 the brand is owned by Bedrock Manufacturing founder Tom Kartsotis, who also owns Shinola Detroit. 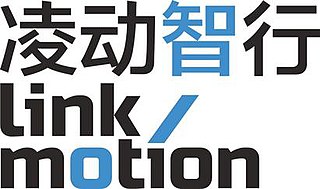 Hanna Andersson is a Portland, Oregon-based corporation that specializes in children's apparel. The company operates online and mail-order in the United States and ships to almost 200 countries around the world.

Vista Outdoor Inc. is an American designer, manufacturer, and marketer of outdoor sports and recreation products. It operates in two markets: shooting sports and outdoor products. It is a "house of brands" with more than 40 labels and subsidiaries. It trades under "VSTO" on the New York Stock Exchange. Vista Outdoor is the parent company to many ammunition makers, including Federal, CCI, and Remington. In mid 2022, Vista Outdoor announced its intent to split into different companies with new names and stock symbol; One company will focus on sporting goods while the other will focus on ammunition and firearms accessories.

American Outdoor Brands, Inc., formerly known as Smith & Wesson Holding Corporation until 2016, is an American manufacturer of outdoor sports and recreation products, with a current 18 brands of outdoor equipment. Until 2020, it owned Smith & Wesson firearms, when American Outdoor Brands was spun out, partly due a changing political climate. Its headquarters is located in Columbia, Missouri.

Sycamore Partners is a private equity firm based in New York specializing in retail and consumer investments. The firm has approximately $10 billion in aggregate committed capital.

World Balance is a Filipino sports footwear and apparel brand that was established in 1980. A division of CHG Global, Inc., the brand is one of the Philippines' major sportswear manufacturers.