In Jamaican music, a deejay (DJ) is a reggae or dancehall musician who sings and "toasts" to an instrumental riddim.

Linus may refer to: 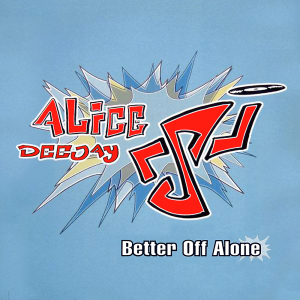 "Better Off Alone" is a song by Alice Deejay, the trance project of Dutch producer DJ Jurgen in collaboration with Wessel van Diepen, Dennis van den Driesschen, Sebastiaan Moljin and Eelke Kalberg. In 1998, the song was released as an instrumental by DJ Jurgen on Violent Records. Later releases of the track included vocals by Judith Pronk, who would later become a seminal part of the Alice Deejay project.

Nove is an Italian general entertainment cable television channel owned by the Discovery, Inc. Originally known as Deejay TV, the channel was renamed and its logo redesigned on 22 February 2016. It offers programming aimed to appeal to the general audience and made available through Italian cable television system channel 9. 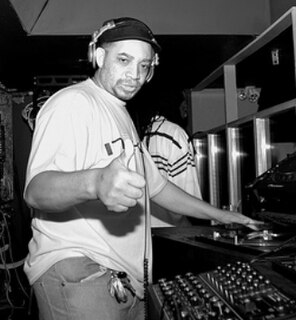 KGST is a radio station serving Fresno, California and vicinity broadcasting a Regional Mexican format. The station operates on AM frequency 1600 kHz and is under the ownership of Lotus Communications. Its studios are located north of downtown Fresno with the transmitter tower in the city's southwest portion.

Radio DeeJay is an Italian radio station. It was founded on 1 February 1982 by the Italian radio and television personality Claudio Cecchetto and was acquired by the Gruppo Editoriale L'Espresso in 1989. In 2020 EXOR became the owner of GEDI ; and owns Radio DeeJay.

Fabio Alisei is an Italian radio host. He is known for having conduct the radio programs Lo Zoo di 105 on Radio 105 Network and Asganaway on Radio Deejay.

Marco Baldini is an Italian television and radio personality. He's best known for his highly successful partnership with Fiorello on radio and television. 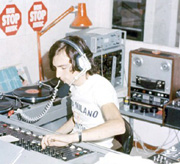 Claudio Cecchetto is an Italian record producer and talent scout.

Asganaway was a radio program created by the Italian radio host Albertino and broadcast on Radio Deejay from 2011 to 2014. The program was based on comic sketches and prank calls. The show was cancelled three years later at the decision of Linus, older brother of Albertino and artistic director.

"Call Me" is a song by Italian produced Deejay Jay featuring Swedish singer Pandora. The song was released on 2 July 2008 and peaked at number 5 on the Swedish charts.

"Christmas with the Yours" is a comedy pop single by Elio e le Storie Tese, featuring lead vocals by Emilian soul singer Graziano Romani, credited together as Il Complesso Misterioso [i.e. "The Mysterious Band", with an ironical reference to the term complesso ["complex"], used in Italy throughout the 1970s to denote pop/rock bands]. It was originally released in 1995 as a benefit single for Italian anti-AIDS associations LILA and ANLAIDS and subsequently included in the band's compilation Peerla. Superficially intended as a genuine Christmas song, the track is actually a lighthearted parody of the genre, as well as a send-up of charity songs, with particular reference to "We Are the World".