Last updated December 05, 2020
Not to be confused with Art director.

In some ensemble companies, the artistic director is responsible for recruiting performers to act as a talent pool for the company's productions. This ensemble may include actors and artists of various disciplines. The artistic director functions as leader of this group, with the aim to create and/or realize various new and established works.

In ballet, the artistic director is the head of a ballet company. They have overall responsibility for training the dancers as well as selecting and mounting productions. They are almost always a retired dancer. Often they also choreograph some of the company's productions.

In some companies, the artistic director may also manage the day-to-day operations of the company, but in many (particularly larger) companies, the artistic director is often exempt from routine administrative duties, freeing him or her to concentrate on the art. In those cases, decisions about administration, business issues, finances, fundraising, board relations, donor relations, publicity, and marketing devolve to the responsibility of the general manager, chief operating officer, managing director, etc. or are discussed collaboratively. 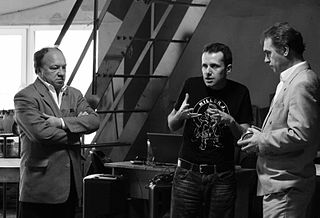 A theatre director or stage director is a professional in the theatre field who oversees and orchestrates the mounting of a theatre production such as a play, opera, dance,drama, musical theatre performance etc. by unifying various endeavors and aspects of production. The director's function is to ensure the quality and completeness of theatre production and to lead the members of the creative team into realizing their artistic vision for it. The director thereby collaborates with a team of creative individuals and other staff to coordinate research and work on all the aspects of the production which includes the Technical and the Performance aspects. The technical aspects include: stagecraft, costume design, theatrical properties (props), lighting design, set design and sound design for the production. The performance aspects include: acting, dance, orchestra, chants, and stage combat. 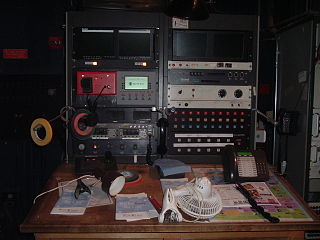 A general manager or GM is an executive who has overall responsibility for managing both the revenue and cost elements of a company's income statement, known as profit & loss (P&L) responsibility. A general manager usually oversees most or all of the firm's marketing and sales functions as well as the day-to-day operations of the business. Frequently, the general manager is responsible for effective planning, delegating, coordinating, staffing, organizing, and decision making to attain desirable profit making results for an organization.

Ballet San Jose was a ballet company based in San Jose, California, US, operating from 1985 to 2016.

Dancenorth is a contemporary dance company based in Townsville, North Queensland, Australia. Founded as the North Queensland Ballet Company in 1969, Dancenorth performs for regional, national and international audiences. It is one of Australia’s leading contemporary dance companies having presented work in over 35 International Arts Festivals and venues around Australia and the world..

Northern Ballet, formerly Northern Ballet Theatre, is a dance company based in Leeds, West Yorkshire, England, with a strong repertoire in theatrical dance productions where the emphasis is on story telling as well as classical ballet. The company tours widely across the United Kingdom.

Kittiwake Dance Theatre is the oldest non-profit dance company in the Canadian province of Newfoundland and Labrador. It was founded in March 1987 by Linda Rimsay, an American dancer who moved to St. John's, Newfoundland and Labrador in 1978. Rimsay served as Kittiwake's artistic director from 1987–2007; she was succeeded by Martin Vallée. Based in St. John's, Kittiwake boasts a repertoire of more than fifty works, and is well-known for its annual performance of The Nutcracker; it also offers workshops and residency projects. Kittiwake Dance Theatre is a not-for-profit organization, overseen by Board of Directors, elected annually.