Lo Hoi-pang (born 21 December 1941) is a Hong Kong actor and singer. [1] Lo attended TVB's Training Classes in 1973. Among his classmates are Chow Yun-fat and Ng Man-tat. Lo won the 2012 31st Hong Kong Film Awards for the Best Supporting Actor category for his performance in Life Without Principle .

Sean Lau Ching-wan is a Hong Kong actor who has acted in both films and television series. He won Best Actor in the 2007 and 2015 Hong Kong Film Awards and in the 2000 and 2007 Golden Bauhinia Awards. 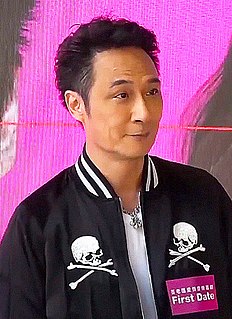 Francis Ng Chun-yu is a Hong Kong actor and director. He is known for his roles in the TVB series Triumph in the Skies and in films such as Young and Dangerous, Once Upon a Time in Triad Society and The Mission.

Rainie Yang is a Taiwanese singer, actress, and television host.

Chapman To, born Edward Ng Cheuk-cheung, is a Hong Kong actor. He is best known for his roles in films such as Infernal Affairs and Initial D. He is also the founder of his own multimedia platform known as "Chapman To's Late Show".

Patrick Tam is a Hong Kong actor and singer. 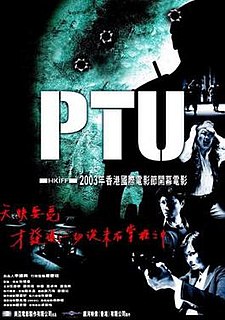 Ken Lo is a Hong Kong actor, martial artist, and stuntman. He was a member of the Jackie Chan Stunt Team.

Lo Mang is a Hong Kong based veteran martial artist who was born as Lo Kwan Lam in Hong Kong on 23 July 1956. Primarily known for starring in Shaw Brothers kung fu movies during the latter part of the 1970s and into the 1980s. He is a member of the famous ensemble known as the Venom Mob who were renowned for their martial arts and acting skills. 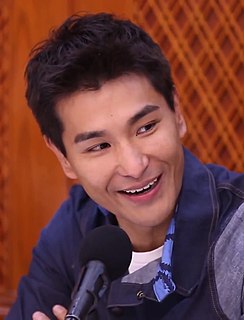 Ruco Chan Chin-pang is a Hong Kong actor and singer.

Life Without Principle is a 2011 Hong Kong crime drama film produced and directed by Johnnie To and starring Lau Ching-wan, Richie Jen and Denise Ho. This film was screened in competition at the 68th Venice Film Festival on 9 September 2011. The North America distribution rights was purchased by Indomina Group shortly after the Festival. The deal was made between Indomina and the film's sales agent Media Asia Group.

Derek Tsang Kwok-cheung is a Hong Kong film director and actor. The son of actor Eric Tsang, Tsang got his start in the Hong Kong film industry working for director Peter Chan Ho-Sun after graduating from University of Toronto Scarborough in 2001. He made his acting debut in Men Suddenly in Black (2003) and directorial debut with Lover's Discourse (2010), sharing the directing credit with Jimmy Wan Chi-man. The duo was nominated for a Golden Horse Award for Best New Director in 2010.

The 32nd Hong Kong Film Awards presentation ceremony took place in Hong Kong Cultural Centre on 13 April 2013. The hosts for the awards ceremony were Eric Tsang, Ronald Cheng, Gordon Lam, Jerry Lamb . TVB, Now TV and RTHK Radio 2 were the live broadcasters of the ceremony, with other networks airing simultaneously across the world.

Iceman is a 2014 Hong Kong-Chinese 3D martial arts action-comedy film directed by Law Wing-cheung and starring Donnie Yen, who also serves as the film's action director. The film is a remake of the 1989 film The Iceman Cometh which was directed by Clarence Fok and starred Yuen Biao. The film was released in Hong Kong and China on April 25, 2014.

A Complicated Story is a Hong Kong drama film, directed by Kiwi Chow based on the novel of the same title by Yi Shu. The film is headlined by actors Jacky Cheung, Jacqueline Zhu, Stephanie Che, and Zi Yi. The film had its world premiere at the Hong Kong International Film Festival on 26 March 2013, and was theatrically released in Hong Kong on 16 January 2014.