The ParisLongchamp Racecourse (French : Hippodrome de Longchamp) is a 57 hectare horse-racing facility located on the Route des Tribunes in the Bois de Boulogne in Paris, France. It is used for flat racing and is noted for its variety of interlaced tracks and a famous hill that provides a real challenge to competing thoroughbreds. It has several racetracks varying from 1,000 to 4,000 metres in length with 46 different starting posts. The course is home to more than half of the group one races held in France, and has a capacity of 50,000. The highlight of the calendar is the Prix de l'Arc de Triomphe. Held on the first weekend in October, the event attracts the best horses from around the world.

The first race run at Longchamp was on Sunday, April 27, 1857 in front of a massive crowd. The Emperor Napoleon III and his wife Eugénie were present, having sailed down the Seine River on their private yacht to watch the third race. Until 1930, many Parisians came to the track down the river on steamboats and various other vessels, the trip taking around an hour to the Pont de Suresnes. The royal couple joined Prince Jérôme Bonaparte and his son Prince Napoleon in the Royal Enclosure alongside the Prince of Nassau, Prince Murat and the Duke of Morny, an avid racegoer. Non-aristocratic members of the upper classes were not permitted into the Royal enclosure and had to be content with watching from their barouche carriages on the lawn.

A number of prominent artists have painted horse racing scenes at Longchamp including the one seen here by Édouard Manet in 1867 and another four years later by Edgar Degas titled Race Horses at Longchamp.

Racing continued during the German occupation of France in World War II, with many German officers in the stands. 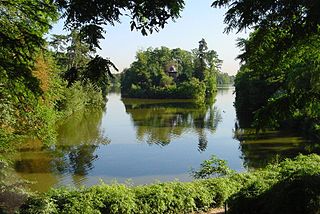 The Bois de Boulogne is a large public park located along the western edge of the 16th arrondissement of Paris, near the suburb of Boulogne-Billancourt and Neuilly-sur-Seine. The land was ceded to the city of Paris by the Emperor Napoleon III to be turned into a public park in 1852.

Hippodrome Deauville-La Touques is a race track for thoroughbred horse racing located in Deauville in the Calvados département, in the Normandy région of France. Originally called Hippodrome de la Touques, it was named for the Touques River that separates the city of Deauville from Trouville-sur-Mer. It was constructed in 1862 by Charles Auguste Louis Joseph, duc de Morny, the half brother of Napoleon III.

The Jockey Club de Paris is a traditional gentlemen's club and is regarded as one of the most prestigious private clubs in Paris. It is best remembered as a gathering place of the elite of nineteenth-century French society. The club still exists at 2 rue Rabelais in Paris, and it hosts the International Federation of Racing Authorities. 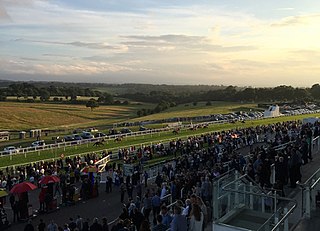 Rewilding was a thoroughbred racehorse. He won races at Royal Ascot and in Dubai. His finest hour came when winning the 2011 Prince Of Wales Stakes, beating Australian superstar So You Think. As a 3-year-old he won the Cocked Hat Stakes at Goodwood and the Great Voltiguer Stakes at York. 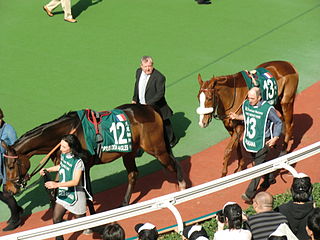 Cirrus des Aigles is a retired French Thoroughbred racehorse. In a career which lasted from October 2008 until December 2015 he has raced in France, the United Kingdom, Hong Kong, Japan and the United Arab Emirates. After racing successfully at three and four years of age he improved to become one of the world's leading racehorses as a five-year-old in 2011. His achievements were recognised when he was awarded the title of European Champion Older Horse at the Cartier Racing Awards. 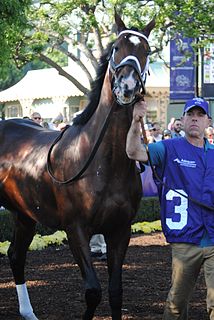 Ectot is a French Thoroughbred racehorse. After finishing second on his debut, he won his remaining four starts as a two-year-old in 2013 including the Prix des Chênes and the Critérium International. In the following year he won the Prix de Fontainebleau and returned after injury to win the Prix Niel. He failed to win at four but returned to form when transferred to the United States in 2016, winning the Joe Hirsch Turf Classic Invitational Stakes.

Reliable Man is a British-bred Thoroughbred racehorse and sire. Initially trained in France, he won two minor races in the spring of 2011 before defeating a strong field to win the Prix du Jockey Club. After losing his unbeaten record in the Grand Prix de Paris he won the Prix Niel before running poorly in the Prix de l'Arc de Triomphe. As a four-year-old he failed to win in six races but ran well to finish a close fourth in the King George VI and Queen Elizabeth Stakes. In 2013 he was sent to Australia where he won the Queen Elizabeth Stakes (ATC), sustaining a career-ending injury in the process.

Saonois is a French Thoroughbred racehorse and sire. Unlike most leading French racehorses which are trained in and around Paris and owned by multi-millionaires, Saonois was trained in the French provinces, conditioned by a little-known trainer and owned by a local baker. The colt won three of his seven races on minor tracks as a two-year-old and won one of his two starts at Cagnes-sur-Mer in early 2012. When sent to compete at the major Parisian tracks he won the Prix La Force and finished fourth in the Prix Greffulhe before recording an upset win in the Prix du Jockey Club. Later that year he won the Prix Niel but ran poorly in the Prix de l'Arc de Triomphe and the Hong Kong Cup. He remained in training in 2013, but failed to recover his best form.

Byword is a British-bred, French-trained Thoroughbred racehorse and sire. Unraced as a two-year-old, he showed promising form, winning two of his four races including the listed Prix Pelleas. In the following year he emerged as a world-class performer, winning the listed Prix Jacques Laffitte before defeating strong fields in both the Prix du Muguet and the Prince of Wales's Stakes. In the same year he also finished second in the Prix d'Ispahan and third in the International Stakes and was rated one of the twenty best racehorses in the world. As a five-year-old he added wins in the Prix du Chemin de Fer du Nord and the Prix Dollar before being retired to stud. He is currently (2015) standing a breeding stallion in South Africa.

Sunshack is a British-bred Thoroughbred racehorse and sire who was trained in France and the United States. He showed very good form as a two-year-old in 1993 when he won two of his four races including the Critérium de Saint-Cloud. In the following year he struggled for form before ending his season with a win in the Prix du Conseil de Paris. He reached his peak as a four-year-old in 1995 when he won the Prix Jean de Chaudenay, defeated a world-class field in the Coronation Cup and then stepped up in distance to take the Prix Royal-Oak. His later career was limited by injury and he failed to win again. He stood as a breeding stallion in Japan and France with very little success.

Risk Me was a French-bred British-trained Thoroughbred racehorse and sire. As a juvenile in 1986 he won his first two races including the National Stakes and later finished second in both the Middle Park Stakes and the Prix de la Forêt.His performance in the latter race saw him rated the best two-year-old colt to race in France that year. In the following year he won the Greenham Stakes in England but had his biggest success in France where he won the Prix Jean Prat and the Grand Prix de Paris. He failed to win again and was retired from racing at the end of the year. He had modest success as a breeding stallion.

Waldgeist is a British-bred, French-trained Thoroughbred racehorse. He has raced in six countries, namely France, Ireland, the United Kingdom, Germany, the United States and Hong Kong. He showed top-class form as a two-year-old in 2016 when he won two of his three races including the Group 1 Critérium de Saint-Cloud. He failed to win in the following year but ran second in the Prix du Jockey Club and fourth in the Irish Derby. In 2018 he won four consecutive races, namely the Prix d'Hédouville, Grand Prix de Chantilly, Grand Prix de Saint-Cloud and Prix Foy. In 2019 he won a third Group 1 race when he took the Prix Ganay and recorded his biggest win in October when he took the Prix de l'Arc de Triomphe.

Sottsass is a French Thoroughbred racehorse. In a career which ran from August 2018 to October 2020 he ran nine times and won five races, including three at the highest Group One level. He showed promise as a two-year-old in 2018 when he won the second of his two starts. In the following year he was beaten on his seasonal debut but then developed into a top-class middle distance performer with wins in the Prix de Suresnes, Prix du Jockey Club and Prix Niel. In his four-year-old season in 2020 he won the Prix Ganay before concluding his career by winning the Prix de l'Arc de Triomphe.