Last updated November 08, 2019
This article is about religious title. For the Punjabi clan, see Makhdoom (clan).

Makhdoom (Arabic : مخدوم‎, meaning one who is served and sometimes spelled Makhdum, Bengali : মখদুম, romanized: Mokhdum) is an Arabic word meaning "Teacher of Sunnah." It is a title for Pirs, in South and Central Asia.

Sunnah, also sunna or sunnat, is the body of literature which discusses and prescribes the traditional customs and practices of the Islamic community, both social and legal, often but not necessarily based on the verbally transmitted record of the teachings, deeds and sayings, silent permissions of the Islamic prophet Muhammad, as well as various reports about Muhammad's companions. The Quran and the sunnah make up the two primary sources of Islamic theology and law. The sunnah is also defined as "a path, a way, a manner of life"; "all the traditions and practices" of the Islamic prophet that "have become models to be followed" by Muslims. 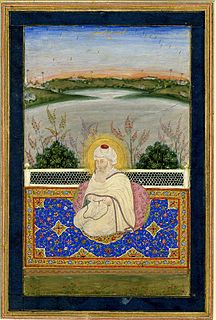 Peer or Pir is a title for a Sufi master or spiritual guide. They are also referred to as a Hazrat and Sheikh or Shaykh, which is literally the Arabic equivalent. The title is often translated into English as "saint" and could be interpreted as "Elder". In Sufism a Pir's role is to guide and instruct his disciples on the Sufi path. This is often done by general lessons and individual guidance. Other words that refer to a Pir include Murshid and Sarkar. In Alevism, Pir's are considered a direct descendant of Ali.

People with the title Makhdoom 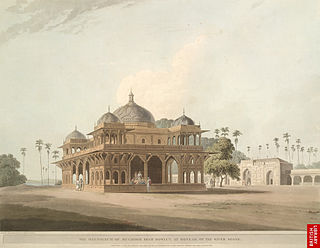 Makhdoom Yahiya Maneri was an Indian Sufi saint of the 13th century. His tomb in courtyard of a mosque, located in Maner, 29 km from Patna, Bihar, India.

Bihar Sharif is the headquarters of Nalanda district and the fifth-largest sub-metropolitan area in the eastern Indian state of Bihar. Its name is a combination of two words: Bihar, derived from vihara, also the name of the state; and Sharif, referring to the resting place of the Sufi saint Makhdoom Sharfuddin Ahmed Yahya Maneri. The city is a hub of education and trade in southern Bihar, and the economy centers around agriculture supplemented by tourism, the education sector and household manufacturing. The ruins of the ancient Nalanda Mahavihara, a UNESCO World Heritage Site, are located near the city.

Hamza Makhdoom Kashmiri, popularly known as Makhdoom Sahib, was a Sufi mystic, scholar and spiritual teacher living in Kashmir. He is sometimes referred to as Mehboob-ul-Alam and Sultan-ul-Arifeen.

Bukhari (بخاري), also spelled as Bokhari, Bukhary and Bukhori, is a common surname in South Asia, meaning "from Bukhara". Its Arabic version is al-Bukhari

Mansur is a male Arabic name that means "the one who is victorious", from the Arabic root naṣr (نصر), meaning "victory."

Jalal ad-Din, is a male Muslim given name of Arabic origin, formed from the name Jalal with the qualification ad-Din. It may refer to, in chronological order:

Kasur is a city to south of Lahore, in the Pakistani province of Punjab. The city serves as the headquarters of Kasur District, and is near the border with neighbouring India, and further bordered to Lahore, Nankana Sahab & Okara District of Punjab Province. Kasur was founded by Pashtun migrants in 1525, Kasur is now the 16th most populous city of Punjab & 24th most populous city of Pakistan with a population of 358,409 in 2017-18 It is also known for being the burial place of the 17th-century Sufi-poet Bulleh Shah.

Sylhet, located in north-east Bangladesh, is the divisional capital and one of the four districts in the Sylhet Division.

Haydar is an Arabic male given name, one of many names for "lion", each denoting some aspect of the animal, with "haydar" meaning "brave"; see Lions in Islam. In Islamic tradition, the name is primarily associated with the cousin of Muhammad, Ali, nicknamed "Haydar". It may also be used as a surname.

Shāh Jalāl ad-Dīn al-Mujarrad al-Naqshbandi, popularly known as Hazrat Shah Jalal, is a celebrated Sufi Muslim figure in Bengal. Shah Jalal's name is often associated with the spread of Islam into the Sylhet region, which was part of a long history of interactions between the Middle East, Persia, Central Asia and South Asia. According to a tablet inscription found in Amberkhana, he arrived at Sylhet in 1303 CE. Various complexes and religious places have been named after him, including the largest airport in Bangladesh, Hazrat Shahjalal International Airport.

Makhdum Rashid, is a town of approximately 30,000 in Multan, Punjab, Pakistan.

Shams al-Din is an Arabic personal name or title.

Qaderi or Qadri is an Arabic / Islamic surname. Kadri is a variant of Qadri.

The Sadaat Amroha or Amrohi Syed Urdu: امروہی سید‎) are a community of Sayyids, historically settled in the town of Amroha, in the Indian state of Uttar Pradesh. Many members of the community migrated to Pakistan after independence and settled in Karachi, Sindh.

Sharaf al-Din and Sharif al-Din are two related male Muslim given names. They may refer to:

Shihab al-Din may refer to:

The Hadhrami or Hadharem are people inhabiting the Hadhramaut region in Yemen and their descendants in diaspora communities around the world. They speak Hadhrami Arabic an Arabic dialect with a heavy Hadramite Substrate, which belongs to the South Semitic languages.

Makhdoom Ahmed Mehmood is a prominent Pakistani politician belonging from District Rahim Yar Khan situated in South Punjab. He has been elected to the Punjab and National Assemblies on PML-N and PML-F tickets. In the end of 2012, President Asif Ali Zardari declared him Governor-designate of Punjab.

Naqshbandia Silsilah, a Sufi order, was spread in India by two Sufi saints and formed two chains or lineages. One chain is linked with Shaykh Ahmad Sirhindi who is also described as Mujaddid Alf Thaani ; his chain is called Naqshbandia Mujaddidia. The other chain was associated with his contemporary Sufi saint Syedna Ameer Abul-Ula Ahrari. A resident of Agra, Ameer Abul-Ula was a descendant of the Sufi saint Khwaja Ubaidullah Ahrar. It is because of his name that this chain is known as Naqshbandia Abul-Ulaiya.