Mark Garnett is a senior lecturer at the Department of Politics Philosophy and Religion at Lancaster University and author of many books and articles covering post-1945 British politics. [1]

Lancaster University is a collegiate public research university in Lancaster, Lancashire, England. The university was established by Royal Charter in 1964, one of several new universities created in the 1960s. 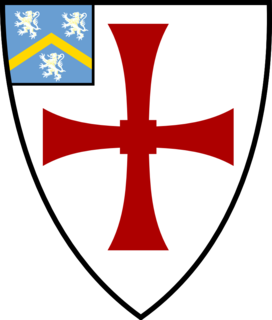 Durham University is a collegiate public research university in Durham, North East England, founded by an Act of Parliament in 1832 and incorporated by Royal Charter in 1837. It was one of the first universities to commence tuition in England for more than 600 years, after Oxford and Cambridge, and is one of the institutions to be described as the third-oldest university in England. As a collegiate university its main functions are divided between the academic departments of the university and its 16 colleges. In general, the departments perform research and provide teaching to students, while the colleges are responsible for their domestic arrangements and welfare.

With Ian Aitken, he was the authorised biographer of Conservative politician William Whitelaw.

Ian Levack Aitken was a British journalist and political commentator. He was born in Airdrie, Lanarkshire and educated at the King Alfred School, Hampstead, Lincoln College, Oxford, and the LSE. He served in the Fleet Air Arm from 1945 to 1948.

William Stephen Ian Whitelaw, 1st Viscount Whitelaw,, often known as Willie Whitelaw, was a British Conservative Party politician who served in a wide number of Cabinet positions, most notably as Home Secretary and de facto Deputy Prime Minister. He was Deputy Leader of the Conservative Party from 1975 to 1991.

Right-wing politics hold that certain social orders and hierarchies are inevitable, natural, normal, or desirable, typically supporting this position on the basis of natural law, economics, or tradition. Hierarchy and inequality may be viewed as natural results of traditional social differences or the competition in market economies. The term right-wing can generally refer to "the conservative or reactionary section of a political party or system". 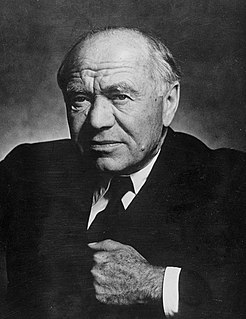 William Maxwell Aitken, 1st Baron Beaverbrook, PC, ONB was a Canadian-British newspaper publisher and backstage politician who was an influential figure in British media and politics of the first half of the 20th century. His base of power was the largest circulation newspaper in the world, the Daily Express, which appealed to the conservative working class with intensely patriotic news and editorials. During the Second World War he played a major role in mobilising industrial resources as Winston Churchill's minister of aircraft production.

One-nation conservatism is a paternalistic form of British political conservatism advocating preservation of established institutions and traditional principles combined with political democracy, and a social and economic programme designed to benefit the common man. This political philosophy views society as organic and values paternalism and pragmatism. The describing phrase 'one-nation Tory' originated with Benjamin Disraeli (1804-81), who served as the chief Conservative spokesman and became Prime Minister in February 1868. He devised it to appeal to working-class men as a solution to worsening divisions in society through introducing factory and health acts, as well as greater protection for workers. Michael Lind defines one-nation conservatism as "a political philosophy that sees the purpose of the elite as reconciling the interests of all classes, labor as well as management, instead of identifying the good of society with the interests of the business class".

New Labour refers to a period in the history of the British Labour Party from the mid-1990s until 2010 under the leadership of Tony Blair and Gordon Brown. The name dates from a conference slogan first used by the party in 1994, later seen in a draft manifesto published in 1996, New Labour, New Life for Britain. It was presented as the brand of a newly reformed party that had altered Clause IV and endorsed market economics. The branding was extensively used while the party was in government between 1997 and 2010. New Labour was influenced by the political thinking of Anthony Crosland, the leadership of Blair and Brown, as well as Peter Mandelson and Alastair Campbell's media campaigning. The political philosophy of New Labour was influenced by the party's development of Anthony Giddens' "Third Way", which attempted to provide a synthesis between capitalism and socialism. The party emphasised the importance of social justice, rather than equality, emphasising the need for equality of opportunity and believed in the use of free markets to deliver economic efficiency and social justice.

Keith Sinjohn Joseph, Baron Joseph,, known as Sir Keith Joseph, 2nd Baronet, for most of his political life, was a British barrister and politician. A member of the Conservative Party, he served in the Cabinet under four prime ministers: Harold Macmillan, Sir Alec Douglas-Home, Edward Heath and Margaret Thatcher. He was a key influence in the creation of what came to be known as "Thatcherism" and the subsequent decline of one-nation conservatism and the postwar consensus.

The Institute for Public Policy Research (IPPR) is a left-wing think tank based in London. It was founded in 1988 and is an independent registered charity. IPPR has offices in Newcastle, Manchester, and Edinburgh. Funding comes from trust and foundation grants, government support, and individual donors.

Centre-right politics or center-right politics, also referred to as moderate-right politics, are politics that lean to the right of the left–right political spectrum, but are closer to the centre than other right-wing politics. From the 1780s to the 1880s, there was a shift in the Western world of social class structure and the economy, moving away from the nobility and mercantilism, as well as moving towards the bourgeoisie and capitalism. This general economic shift towards capitalism affected centre-right movements such as the British Conservative Party, that responded by becoming supportive of capitalism.

The 1975 Conservative Party leadership election was held in February 1975, in which the party's sitting MPs voted Margaret Thatcher as party leader on the second ballot. Previous leader Edward Heath stood aside after the first ballot, in which he unexpectedly finished behind Thatcher. The Conservatives were the official Opposition to the Labour government, so Thatcher also became Leader of the Opposition. 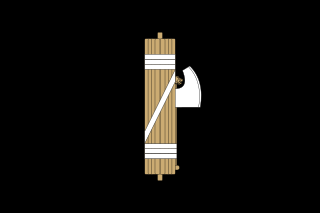 The Republican Fascist Party was a political party in Italy led by Benito Mussolini during the German occupation of Central and Northern Italy and was the sole legitimate and ruling party of the Italian Social Republic. It was founded as the successor of former National Fascist Party as an anti-monarchist party. It considered King Victor Emmanuel III to be a traitor after he had signed the surrender to the Allies.

Andrew Roth was a biographer and journalist known for his compilation of Parliamentary Profiles, a directory of biographies of British Members of Parliament, a small sample of which is available online in The Guardian. Active amongst the politicians and journalists in Westminster for sixty years, he also made appearances on British television.

John A. Tosh is a British historian and Professor of History at Roehampton University. He gained his BA at the University of Oxford and his MA at the University of Cambridge. He was awarded his PhD by the University of London in 1973; his thesis topic being "Political Authority among the Langi of Northern Uganda, circa 1800–1939". He is a Fellow of the Royal Historical Society. In 1987–88 he held a visiting appointment at the University of California, Davis. At Roehampton University he teaches History, specifically "Reading and Writing History". He served as Vice-President of the Royal Historical Society from 1999 to 2002. He has also published several works on the history of masculinity in nineteenth-century Britain. He is currently preparing a critical analysis of the social applications of historical perspective in contemporary Britain.

Paternalistic conservatism is a strand in conservatism which reflects the belief that societies exist and develop organically and that members within them have obligations towards each other. There is particular emphasis on the paternalistic obligation of those who are privileged and wealthy to the poorer parts of society. Since it is consistent with principles such as organicism, hierarchy and duty, it can be seen an outgrowth of traditional conservatism. Paternal conservatives support neither the individual nor the state in principle, but are instead prepared to support either or recommend a balance between the two depending on what is most practical.

Ian Budge is a political scientist who has pioneered the use of quantitative methods in studying party democracy across countries. Currently Emeritus Professor of the Department of Government, University of Essex he has been Professor at the European University Institute, Florence (1982-5). and visiting professor at various institutions in five other countries.

Andrew Stuart Thompson is a British historian and academic. He specialises in modern British history, Imperialism, and the British Empire. Since 2011, he has been Professor of Modern History at the University of Exeter. He was Professor of Imperial and Global History at the University of Leeds from 2005 to 2011, in addition to being Pro-Vice-Chancellor for Research between 2009 and 2011.