Patterson was raised as an only child by her mother in Los Angeles, California, where she was born. Her name is her mother's middle name: Marnette. Her aunt is Dana Dillaway, former child actress who appeared in Giant (1956) as Elizabeth Taylor's and Rock Hudson's daughter Judy (age 4), along with a couple of Twilight Zone episodes.

In 1989, Patterson was the junior vocalist winner on Star Search .

Patterson has appeared in films such as Camp Nowhere (1994). [2] In 1996, Patterson appeared briefly as a volleyball schoolgirl attracting the attentions of Tommy in the premiere episode of 3rd Rock From The Sun . From 1996–1998 Patterson portrayed Nicole Farrell on the NBC series Something So Right . [3] Patterson starred in the short-lived WB sitcom Movie Stars and the made-for-TV movie The Stalking of Laurie Show . [4] Patterson made appearance in That '70s Show as Shelly in the episode: "Eric's Panties" in 2000. Who's Your Daddy? (2003), Pope Dreams (2005), and Cloud 9 (2005). She also voiced Lucy van Pelt in It's Christmastime Again, Charlie Brown and It's Spring Training, Charlie Brown . In 2004, Patterson appeared on Grounded for Life as an underage drinker. In 2005, she guest starred on Supernatural as a high school student, Charlie, in the episode Bloody Mary. [5]

In 2006, Patterson landed the role of Christy Jenkins on the eighth and final season of Charmed . Her character was a witch who was kidnapped by demons as a child and had been held captive in The Underworld for many years. Her sister, Billie Jenkins, played by Kaley Cuoco, sought help of the Charmed ones to rescue Christy. [5]

Patterson also portrayed Holly Little in the 2008 film Starship Troopers 3: Marauder . She then starred as Maggie Schaffer on the web series, called LG15: The Resistance . In 2009, she appeared on an episode of the TV series House , where she starred as Ashley. In 2011, she appeared briefly on an episode of The Mentalist ("Every Rose Has Its Thorn") as a con artist who would sleep with wealthy men and then blackmail them. Her character was named Naomi/Victoria. Patterson is close friends with Jennifer Finnigan, her co-star on The Stalking of Laurie Show .[ citation needed ]

On September 4, 2011, she married James Verzino, [6] a financial advisor at Northwestern Mutual Los Angeles, at a ranch in Malibu, California. They have two children, a son, Hudson, and a daughter, London.

Charmed is an American fantasy drama television series created by Constance M. Burge and produced by Aaron Spelling and his production company Spelling Television, with Brad Kern serving as showrunner. The series was originally broadcast by The WB from October 7, 1998, until May 21, 2006. The series narrative follows a trio of sisters, known as The Charmed Ones, the most powerful good witches of all time, who use their combined "Power of Three" to protect innocent lives from evil beings such as demons and warlocks. Each sister possesses unique magical powers that grow and evolve, while they attempt to maintain normal lives in modern-day San Francisco. Keeping their supernatural identities separate and secret from their ordinary lives often becomes a challenge for them, with the exposure of magic having far-reaching consequences on their various relationships and resulting in a number of police and FBI investigations throughout the series. The series initially focuses on the three Halliwell sisters, Prue, Piper, and Phoebe. Following Prue's death in the third-season finale, their long-lost half sister Paige Matthews assumes her place within the "Power of Three" from season four onwards.

Phoebe Halliwell is a fictional character from the American television series Charmed, played by Alyssa Milano from October 7, 1998, until May 21, 2006. The character was originally played by Lori Rom in the unaired pilot episode. However, Rom quit the series, and a new pilot was filmed with Milano in the role of Phoebe. The character was created by Constance M. Burge and is based on Burge herself. Phoebe is introduced into Charmed as the youngest sister to Prue and Piper Halliwell. She is one of the original featured leads and, more specifically, a Charmed One – one of the most powerful witches of all time. Phoebe initially possesses the power of premonition, which enables her to see into the future and the past. To make up for initially only having a passive power, Phoebe develops martial arts skills in order to better assist her sisters when they fight evil beings. As the series progresses, she also gains the active powers of levitation and empathy.

Paige Matthews is a fictional character from the American television series Charmed, played by Rose McGowan from October 4, 2001, until May 21, 2006. The character was created by executive producer Brad Kern as a replacement for lead character Prue Halliwell, following the departure of actress Shannen Doherty. Paige is introduced into season four as the fiercely independent younger half-sister of the show's remaining female leads, Piper and Phoebe Halliwell. Like her sisters, Paige is a witch, and more specifically, a Charmed One—one of the most powerful witches of all time. Paige is introduced as the secret love child of the Halliwell sisters' mother Patty and her whitelighter Sam Wilder, making Paige both a witch and whitelighter. She was given up at birth and raised by her adoptive parents. 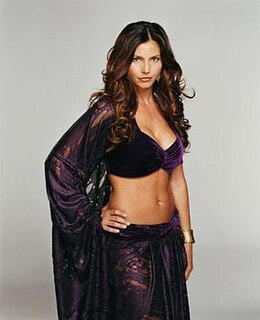 Kyra, also known by her title the Seer, is a fictional character from the American television supernatural drama Charmed, which aired on The WB Television Network from 1998 to 2006. Kyra was created by executive producer Brad Kern and portrayed by actress Charisma Carpenter. Her original contract was a recurring role that included three episodes in the show's season seven. TV Guide reported the WB had considered promoting her to a series regular.

Kaley Christine Cuoco is an American actress and producer. After a series of supporting film and television roles in the late 1990s, she landed her breakthrough role as Bridget Hennessy on the ABC sitcom 8 Simple Rules (2002–2005). Thereafter, Cuoco voiced Brandy Harrington on Brandy & Mr. Whiskers (2004–2006) and appeared as Billie Jenkins on the final season of the television series Charmed (2005–2006). She later starred as Penny on the CBS sitcom The Big Bang Theory (2007–2019), and received a Satellite Award, a Critics' Choice Award, and two People's Choice Awards for the role. Since 2020, Cuoco has starred in and served as executive producer for the HBO Max comedic thriller The Flight Attendant, which received widespread critical acclaim. For this performance, she has received nominations at the Primetime Emmy Awards, the Golden Globe Awards, the Screen Actors Guild Awards, and the Critics' Choice Awards.

Kerr Van Cleve Smith is an American actor known for playing Jack McPhee on The WB drama series Dawson's Creek, Kyle Brody in The WB supernatural drama Charmed, Robert in Freeform's The Fosters and Axel Palmer in My Bloody Valentine 3D. He is also known for portraying Carter Horton in Final Destination (2000). He starred in the movie Where Hope Grows (2014). 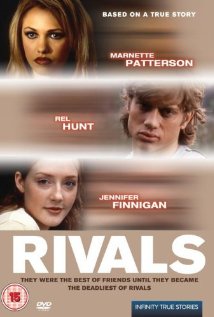 The Stalking of Laurie Show is a 2000 made-for-TV movie that was directed by Norma Bailey. The movie is based on the true-life murder of Lancaster native Laurie Show. 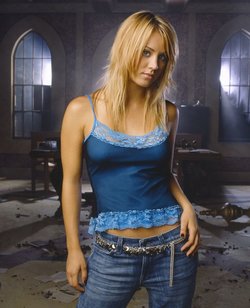 Billie Jenkins is a fictional character who appeared in the American television supernatural drama Charmed, which aired on The WB from 1998 to 2006. The character was created by executive producer Brad Kern and was portrayed by Kaley Cuoco. Billie was developed in response to The WB's request for a new character, and was originally intended to expand the show in a new direction for a possible ninth season or a spin-off series, leading to mixed opinions of media outlets.

Christy Jenkins is a fictional character from the American television supernatural drama Charmed, which aired on The WB Television Network from 1998 to 2006. The character was created by executive producer Brad Kern and was portrayed by actress Marnette Patterson. Developed in response to the WB's request for a new character, Christy was originally planned to expand the show in a new direction for a possible ninth season or spin-off. It was later confirmed that all future plans for the show were cancelled following the WB's closure to launch The CW. 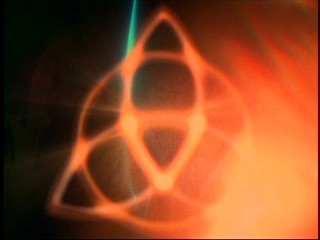 "Forever Charmed" is the last episode of the American supernatural-drama television series Charmed, and the 178th overall. It is the second part of the double-episode series finale of the show's eighth season. The episode was written by Brad Kern and directed by James L. Conway. It was originally broadcast in the United States on May 21, 2006 on The WB. "Forever Charmed" involves time travel, nostalgic family visitations and a reprise of various important historical background situations, as well as a glimpse of the future to other progeny of The Charmed Ones. It was watched by 4.5 million American viewers, becoming the highest-rated episode of the season. 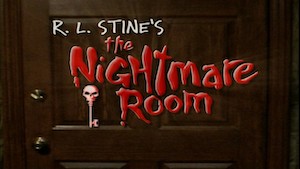 Coop is a fictional character who appeared in the American television supernatural drama Charmed, which aired on the WB Television Network from 1998 to 2006. The character was created by executive producer Brad Kern and was portrayed by Victor Webster. Coop is depicted as a Cupid, a magical being associated with love, who is over two centuries old. He appeared in the last seven episodes of the final season of Charmed, and appears in canonical works from the expanded universe material, such as the series' comic book adaptation. 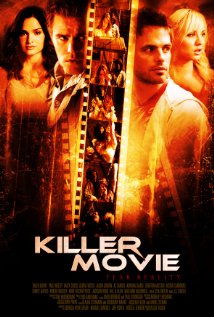 Killer Movie is a 2008 American slasher film released in the United States in on April 24. The film premiered during the 2008 Tribeca Film Festival in New York City. It stars Paul Wesley, Kaley Cuoco, Jason London, Torrey DeVitto and Leighton Meester and was written and directed by Jeff Fisher. Killer Movie was produced by Cornelia Ryan Taylor, Michael Sanchez and Jeff Fisher. 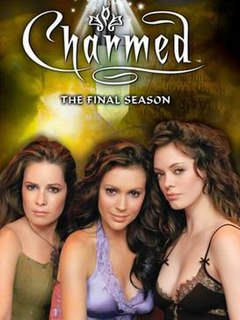 The eighth and final season of Charmed, an American supernatural drama television series created by Constance M. Burge, premiered in the United States on The WB from September 25, 2005 through May 21, 2006. 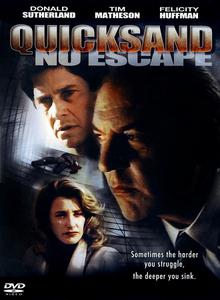 The Flight Attendant is an American dark comedy drama mystery thriller television series developed by Steve Yockey based on the 2018 novel of the same name by Chris Bohjalian. It stars Kaley Cuoco in the title role and premiered on HBO Max on November 26, 2020. In December 2020, the series was renewed for a second season, which premiered on April 21, 2022.