Mauke Airport is an airport on Mauke in the Cook Islands ( IATA : MUK, ICAO : NCMK).

Whitestown is a town in Boone County, Indiana, United States. The population was 2,867 at the 2010 census. The town is located near Interstate 65, approximately 22 miles (35 km) northwest of Downtown Indianapolis, and about 7 miles (11 km) from the northern city limits of Indianapolis, between exits 130 and 133.

Spithead is an area of the Solent and a roadstead off Gilkicker Point in Hampshire, England. It is protected from all winds, except those from the southeast. It receives its name from the Spit, a sandbank stretching south from the Hampshire shore for 5 km (3.1 mi); and it is 22.5 km (14.0 mi) long by about 6.5 km (4.0 mi) in average breadth. Spithead has been strongly defended since 1864 by four Solent Forts, which complement the Fortifications of Portsmouth.

Château de Rayne-Vigneau is a sweet white wine ranked as Premier Cru Classé in the original Bordeaux Wine Official Classification of 1855. Belonging to the Sauternes appellation in Gironde, in the region of Graves, the winery is located in Bommes. It has been owned by Crédit Agricole since 2004.

WMER is a Gospel radio station broadcasting in the Meridian, Mississippi, Arbitron market.

Chingalpo District is one of ten districts of the province Sihuas in Peru.

Areora is one of four traditional districts on the island of Mauke in the Cook Islands. It is in the south of the island, and is subdivided into three tapere.

Ngaputoru is the generic name give to the islands of Atiu, Mauke, Mitiaro and Takutea in the Cook Islands archipelago. In the Cook Islands Māori language, the term means "the (nga) roots (pu) three (toru)", or in English "the three roots". Ngaputoru, which is a term used locally, refers to family ties of the ariki (chiefs) of Atiu, Mauke and Mitiaro. The island of Takutea is uninhabited. These islands are in the easternmost part of the Southern Cook Islands.

Main Centre is a hamlet in the Canadian province of Saskatchewan. Listed as a designated place by Statistics Canada, the hamlet had a reported population of 5 living in 3 of its 4 total private dwellings in the Canada 2011 Census.

Millsholm is a former settlement in Glenn County, California. It was located on the Southern Pacific Railroad 7 miles (11 km) east-southeast of Fruto, at an elevation of 312 feet. Millsholm still appeared on maps as of 1944. Millsholm was on the West Side and Mendocino Railroad.

The Jauru River is a river in Mato Grosso, a state in western Brazil. It is a tributary of the Paraguay River.

Essouassi or Souassi is a town and commune in the Mahdia Governorate, Tunisia. As of 2004 it had a population of 4,633.

Batuliya Point is an ice-free tipped point forming the east extremity of Robert Island and the south side of the entrance to Tsepina Cove in the South Shetland Islands, Antarctica. 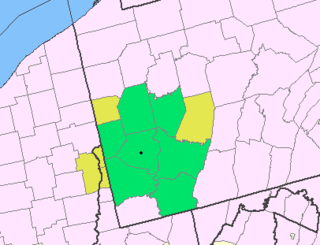 Glyde is an unincorporated community in Washington County, Pennsylvania, United States. It is home to the Dager-Wonsettler Farmstead.

Patresh Rock is a rock in Clothier Harbour on the northwest coast of Robert Island in the South Shetland Islands, extending 270 m in southeast-northwest direction and 40 m wide. The area was visited by early 19th century sealers. 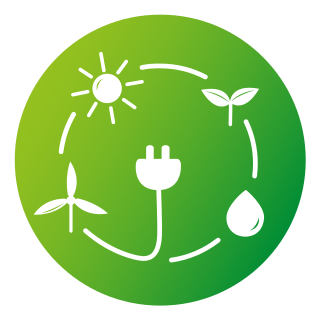 Somerton is an unincorporated community in Belmont County, in the U.S. state of Ohio.

Coddingville is an unincorporated community in Medina County, in the U.S. state of Ohio.

Loring is an extinct town in Wright County, in the U.S. state of Missouri. The GNIS classifies it as a populated place. The community is located just east of Missouri Route 5 between Hartville and Grovespring. It is near the headwaters of Steins Creek.

Cantey is an unincorporated community in Kershaw County, in the U.S. state of South Carolina.