Scantlin's first beauty pageant win came in 1995 when she became Miss Missouri Teen USA. She went on to represent Missouri in the Miss Teen USA 1995 pageant broadcast live from Wichita, Kansas in August 1995, and placed in the semifinals.

In 2001, she won the Miss Missouri USA 2002 title, [1] becoming the fifth former Miss Teen USA delegate to win the title. She went on to represent Missouri in the Miss USA 2002 pageant broadcast live from Gary, Indiana on March 2, 2002.

Scantlin became widely known in 2003 on the first season of the TV series Average Joe. [2] She was expecting to start off meeting a bunch of hunks, but was instead inundated with mostly plain-looking and/or obese suitors. Later on in the show, three model types of men were brought in to compete against the Average Joes. She chose "pretty boy" Jason Peoples over Average Joe Adam Mesh. After the show, Melana and Jason flew off in a private jet for a romantic getaway. The two made the rounds of TV talk shows, but later started seeing other people.

She has hosted World Series of Blackjack', Red Carpet Specials and Live Panel Discussions'. She's also appeared on Days of Our Lives , 20 Most Awesomely Bad Songs on VH1, Sidewalks Entertainment , The Wayne Brady Show , The Tonight Show with Jay Leno , and Live with Regis and Kelly .

In 2004, Scantlin was the co-host of the Screening Room, a movie review segment which airs Fridays on WDAF-TV in Kansas City, Missouri.

Scantlin graduated from Park University in Parkville, Missouri, where she was on the Dean's List, named to the National Dean's List and Who's Who Among College and University Students. She was also named an All American Scholar.

She resides in Los Angeles, California where she hosts E! News Now since 2009.

She is also the cousin of lead singer Wes Scantlin from Puddle of Mudd.

Miss USA is an American beauty pageant that has been held annually since 1952 to select the entrant from United States in the Miss Universe pageant. The Miss Universe Organization operated both pageants, as well as Miss Teen USA, until 2020, when the organization announced it was licensing operation of the Miss USA and Miss Teen USA pageants to Crystle Stewart, Miss USA for 2008.

Larissa Meek is a former beauty queen who has competed in the Miss Teen USA and Miss USA pageants and a reality television personality who starred in Average Joe: Hawaii. 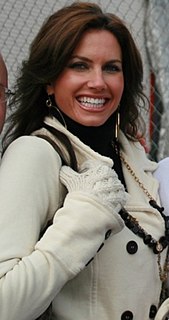 Danni Boatwright Wiegmann is an American actress, TV host, sports journalist, model and beauty queen who won $1,000,000 on Survivor: Guatemala, the eleventh season of the reality television show Survivor, and finished in 19th place in the show's 40th season Survivor: Winners at War.

Christie Lee Woods is an American model and actress who, in 1996, was the first Texan to capture the Miss Teen USA crown.

The Miss Kansas Teen USA competition is the pageant that selects the representative for the state of Kansas in the Miss Teen USA pageant. This pageant has been part of the Vanbros organisation since 1992, and in 2006, they celebrated their fifteen-year anniversary with a reunion of former titleholders at the 2007 pageant. For the first time, all the judges for both the Miss Kansas USA and Miss Kansas Teen USA pageants were former titleholders from the Vanbros states: Kansas, Missouri, Oklahoma and Nebraska. 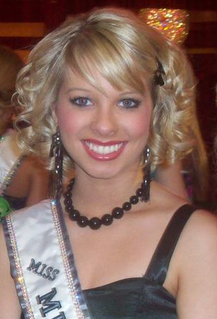 The Miss Missouri Teen USA competition is the pageant that selects the representative for the state of Missouri in the Miss Teen USA pageant. It is directed by Vanbros and Associates, based in Lenexa, Kansas. In 1993, Missouri joined the Vanbros group of state pageants for the Miss USA and Teen USA system. 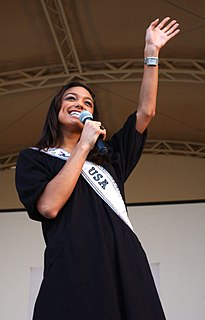 Miss USA 2007 was the 56th Miss USA pageant, held at Dolby Theatre in Los Angeles, California on March 23, 2007, after two weeks of events and preliminary competition. The winner of the pageant was Rachel Smith of Tennessee. 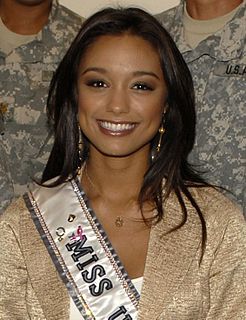 Rachel Renee Smith is an American actress, TV host, model and beauty pageant titleholder who won the Miss USA 2007 and who previously had competed in the Miss Teen USA 2002 pageant. She represented the United States at Miss Universe 2007 and placed 4th runner-up. 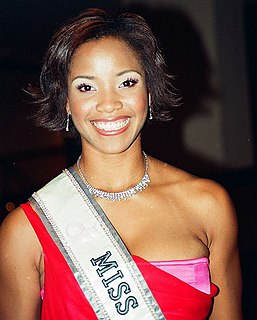 Miss USA 2002 was the 51st Miss USA pageant, held at Genesis Convention Center in Gary, Indiana on March 1, 2002. The event was won by Shauntay Hinton of the District of Columbia, who was crowned by outgoing queen Kandace Krueger of Texas. This is the second year in a row and third time since 1995 a Miss Teen USA state delegate did not win or inherit the Miss USA title. 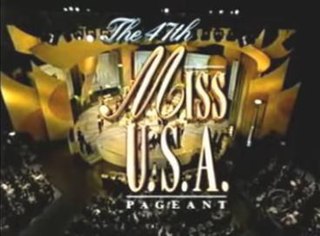 Miss USA 1998 was the 47th Miss USA pageant, held in Shreveport, Louisiana in March, 1998. The preliminary competition was held on March 6, 1998, and the final competition on March 10, 1998. The event was won by Shawnae Jebbia of Massachusetts, who was crowned by outgoing titleholder Brandi Sherwood of Idaho.

Miss Teen USA 1998, the 16th Miss Teen USA pageant, was televised live from Shreveport, Louisiana on 17 August 1998. At the conclusion of the final competition, Vanessa Minnillo of South Carolina was crowned by outgoing queen Shelly Moore of Tennessee.

Miss Teen USA 1997, the 15th Miss Teen USA pageant, was televised live from South Padre Island, Texas on 20 August, 1997. At the conclusion of the final competition, Shelly Moore of Tennessee was crowned by outgoing queen Christie Lee Woods of Texas.

Miss Teen USA 1995, the 13th Miss Teen USA pageant, was televised live from the Century II Convention Center in Wichita, Kansas on 15 August 1995. At the conclusion of the final competition, Keylee Sue Sanders of Kansas was crowned by outgoing queen Shauna Gambill of California.

Miss Teen USA 1994, the 12th Miss Teen USA pageant, was televised live from the Mississippi Gulf Coast Coliseum in Biloxi, Mississippi on August 16, 1994. At the conclusion of the final competition, Shauna Gambill of California was crowned by outgoing queen Charlotte Lopez of Vermont.

Miss Teen USA 1988, the 6th Miss Teen USA pageant, was televised live from San Bernardino, California on July 25, 1988. At the conclusion of the final competition, Mindy Duncan of Oregon was crowned by outgoing queen Kristi Addis of Mississippi. 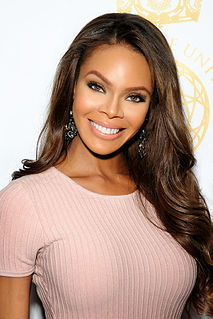 Miss USA 2008 was the 57th Miss USA pageant, held in Las Vegas, Nevada on April 11, 2008. At the conclusion of the final night of competition, Crystle Stewart of Texas was crowned the winner by outgoing titleholder Rachel Smith of Tennessee. Crystle represented the United States at the Miss Universe 2008 pageant, which was held in Vietnam, where she placed in the Top 10. This was also the first time in the pageant's 56-year history that two consecutive women of African Americans have been crowned. 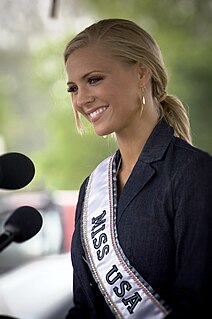 Miss USA 2009 was the 58th Miss USA pageant, held at the Theatre for the Performing Arts in Planet Hollywood Resort and Casino in Las Vegas, Nevada on April 19, 2009. At the conclusion of the final night of competition, Kristen Dalton of North Carolina was crowned by outgoing titleholder Crystle Stewart of Texas.