A penmanship expert named Edwin D. Babbitt opened the Miami Commercial School. One of Babbitt's early students, A. D. Wilt, earned his tuition by serving as the school's janitor. Two years later, Wilt became president of the school. He held the position for 52 years. Initially, training was offered in shorthand, business methods, arithmetic, and penmanship. Typing courses were added later.

In the 1870s, the school pioneered in admitting women to classes that would prepare them for office positions.[ citation needed ] In 1908, the college introduced the Gregg Shorthand system to Ohio. In 1912, the college was one of the first in the country to teach machine shorthand: Stenotype.[ citation needed ] Dayton's second business school, the Jacobs Business College, merged with Miami Commercial in 1916, to form Miami-Jacobs.

In 1922, a collegiate curriculum was established, with subjects listed in credit hours, with classes organized as lecture-style groups rather than for individual instruction, and with a four-year program leading to a bachelor's degree. As business subjects became more popular in high school, Miami-Jacobs, for a period of over 10 years, was chartered by the state to provide training for business teachers.

In 1956, Miami-Jacobs received its accreditation as a Junior College of Business and began awarding associate degrees.

In October 1974, the college gave up its building at Second & Ludlow Streets to the City of Dayton for the Courthouse Square project and moved to a campus location with additional parking facilities at Second & Madison Streets— five blocks east of its longtime Second & Ludlow home. In August 2002, the college moved to a new facility located at the corner of Second and Patterson.

In 2008, The Academy of Court Reporting in Columbus and Cincinnati, Ohio, also acquired by Delta Career Education Corporation, changed its name to Miami-Jacobs Career College.

A comprehensive evening school program is offered throughout the year by Miami-Jacobs Career College. 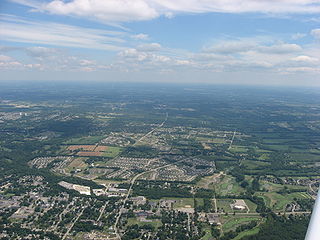 Springboro is a city in the U.S. state of Ohio. A suburb of Cincinnati and Dayton, it is located mostly in Warren County in Clearcreek and Franklin Townships; with a small portion in Miami Township in Montgomery County. The city is part of the Miami Valley. As of the 2010 census, the city had a population of 17,409, which had grown to an estimated 18,931 in 2019.

Beal University is a private university in Bangor, Maine. It specializes in professional programs such as healthcare and business.

State Route 55 (SR 55) is an east–west state route in western Ohio. Its western terminus is near the town of Laura at SR 571, and its eastern terminus is south of downtown Urbana at U.S. Route 68 (US 68).

The National Court Reporters Association, or NCRA, is a US organization for the advancement of the profession of the court reporter, closed captioner, and realtime writer. The association holds annual conventions, seminars and forums, speed and real-time contests, and teachers' workshops to assist court reporters.

Robert Eugene Ferguson was an American football fullback. He played college football at Ohio State University, where he won the Maxwell Award in 1961. Ferguson then played professionally in the National Football League (NFL) with the Pittsburgh Steelers and Minnesota Vikings. He was inducted into the College Football Hall of Fame in 1996.

Ohio Institute of Health Careers, with campus locations in Columbus and Elyria, Ohio, provides students with training in the healthcare field. Originally established in Columbus in 1966, the Elyria campus opened in 2003. Ohio Institute of Health Careers is accredited by the Accrediting Commission of Career Schools and Colleges of Technology (ACCSCT) and offers career training in the areas of medical assisting, dental assisting, massage therapy and medical administration.

Missouri College was a for-profit college in St. Louis, Missouri. Founded in 1963, the school was accredited by the Accrediting Council for Independent Colleges and Schools. Missouri College offered bachelor's degrees in Healthcare Management and specialized associate degrees in Business Administration, Dental Hygiene, Allied Health, and Occupational Therapy Assisting. Massage Therapy was one of the several diploma programs offered in the college catalog. 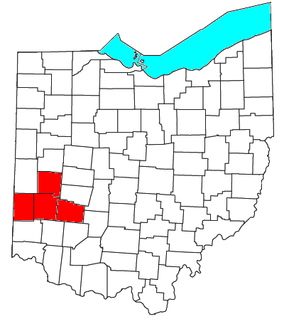 Metro Dayton is the fourth largest metropolitan area in the state of Ohio, behind Cincinnati, Cleveland, and Columbus.

The Toledo Academy of Beauty is a nationally accredited cosmetology school located in Toledo, Ohio. The school is not affiliated with one product or company. There are two programs available: students may take classes specializing in Esthetics or Manicuring.

Robertson College is a private Canadian career training institution headquartered in Winnipeg, Canada. Robertson has campus locations in Winnipeg in Manitoba and Edmonton and Calgary in Alberta. Robertson offers diploma and certificate programs in areas such as Business, Technology, Healthcare and Community Services.

Delta Career Education Corporation was a Virginia-based for-profit institution of higher learning that declared bankruptcy in 2018. Twenty one of its campuses were sold to Ancora Education. It was a wholly owned subsidiary of Gryphon Investors, through Gryphon Colleges Corporation (GCC).

Fortis College is a for-profit college established in 2008, operated by Education Affiliates, and owned by JLL Partners. Most of the schools have national accreditation.

Career Point College was a private 2-year for-profit career school located in San Antonio, Texas, with branch campuses in Tulsa, Oklahoma and Austin, Texas. Its San Antonio location is at the Wonderland of the Americas mall, where it housed a cosmetology school and a nursing school with vocational and RN programs. The Career Point College LVN program was ranked 49th out of 95 Texas programs by PracticalNursing.com.

Community Care College is a private, nonprofit, community college in Tulsa, Oklahoma. The college is the main campus of two branches, Clary Sage College and Oklahoma Technical College. Founded by Teresa Knox in 1995 as Dental Directions: The School of Dental Assisting, the college eventually expanded its curriculum to other include career oriented programs. The colleges are licensed by the Oklahoma Board of Private Vocational Schools and accredited by the Accrediting Commission of Career Schools and Colleges (ACCSC).

Southeastern College is a private institution of higher learning with campuses in Miami Lakes and West Palm Beach, Florida.