Miriam Mahdaviani is a choreographer, a former New York City Ballet dancer and a repetiteur for the George Balanchine Trust. She has created ballets for NYCB's 1988 American Music Festival and its Diamond Project in 1992, 1994,1997, 2000 and 2002. She also choreographed ballets for Pacific Northwest Ballet, Richmond Ballet, Jacob's Pillow, Vassar College, NYU Tisch School of the Arts, SUNY Purchase, and others. Internationally, her ballets have been presented at MaggioDanza in Florence, Italy and at the Edinburg Festival in Scotland.

Mahdaviani married Eric Goldstone on October 9, 1988, and has two daughters, Carolyn and Elizabeth.

Le Baiser de la fée is a neoclassical ballet in one act and four scenes composed by Igor Stravinsky in 1928 and revised in 1950 for George Balanchine and the New York City Ballet. Based on Hans Christian Andersen's short story Isjomfruen, the work is an homage to Pyotr Ilyich Tchaikovsky, for the 35th anniversary of the composer's death. Stravinsky elaborated several melodies from early piano pieces and songs by Tchaikovsky in his score. A commission by Ida Rubinstein from 1927, the ballet was choreographed by Bronislava Nijinska and premiered in Paris on 27 November 1928. 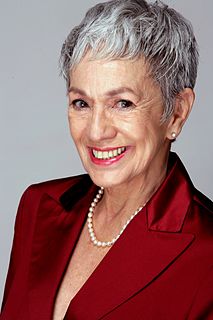 Ernestina Ramirez was an American dancer and choreographer, best known as the Founder and Artistic Director (1970–2009) of Ballet Hispanico, the premier Latino dance organization in the United States.

Michael Puleo is an American dancer, currently ballet master at the Compagnia Virgilio Sieni Danza, Florence, and assistant choreographer at Compagnia del Teatro Nuovo, Turin, Italy. He received his dance training at the Richard Andros Theater Art Center, the New York Performing Arts High School, and the School of American Ballet, and danced with the New York City Ballet, where he performed in the premieres of George Balanchine's Le Bourgeois Gentilhomme and Jerome Robbins' Eight Lines, as well as with the Armitage Ballet Love's End in Armitage 'Contempt' and at the Metropolitan Opera.

Editing In the Mi(d)st is a ballet made by Miriam Mahdaviani to Oliver Knussen's The Way to Castle Yonder and excerpts from his Music for a Puppet Court and Aaron Jay Kernis' Overture in Feet and Meters. The premiere took place June 21, 2002, as part of New York City Ballet's Diamond Project V at the New York State Theater, Lincoln Center.

The Chairman Dances is a ballet made by New York City Ballet ballet master in chief Peter Martins to John Adams' eponymous music from 1985. The music was originally written for Adams' opera, Nixon in China, but not used in production: the scene is that in which Mao Zedong dances with his future bride, movie star Chiang Ch'ing. The premiere took place on 14 May 1988, as part of City Ballet's American Music Festival at New York State Theater, Lincoln Center, with scenery and costumes by Rouben Ter-Arutunian, and lighting by Mark Stanley.

Mother Goose is a ballet made for New York City Ballet's Ravel Festival by balletmaster Jerome Robbins to Ravel's music and scenario, the Ma Mère l'Oye Suite from 1908, orchestrated by the composer in 1912. The premiere took place on May 22, 1975, at the New York State Theater, Lincoln Center, with costumes by Stanley Simmons and lighting by Jennifer Tipton. At its premiere it bore the French title, which was retained when it was first revived in January 1978 but anglicized by May of that year.
Ma Mère l'Oye was written as a suite of five pieces for piano four hands and later orchestrated and adapted into a ballet, by M. Ravel, with the addition of a prelude, an opening scene and four interludes connecting the five original pieces.

The Barber Violin Concerto is a ballet made by New York City Ballet ballet master in chief Peter Martins to Samuel Barber's Violin Concerto, Op. 14 (1939). The premiere was conducted by Robert Irving and took place on 12 May 1988 at the New York State Theater, as part of City Ballet's American Music Festival, with lighting by Jennifer Tipton and costumes by William Ivey Long. Two couples, one pair classical dancers, the other modern, perform a series of mix-and-match pas de deux. All four are dressed in white, with the classical dancers in point shoes and ballet slippers, and the modern dancers typically barefoot and the man bare-chested.

The Unanswered Question: Some Intimations of the American Composer Charles Ives is a ballet made by Eliot Feld to Charles Ives' The Unanswered Question, Calcium Light Night, Fugue in Four Keys, Mists, From the Housatonic at Stockbridge, Sonata No. 2 for Piano and Violin, Remembrance and An Old Song Deranged. The premiere took place April 30, 1988, at the New York State Theater, Lincoln Center, as part of New York City Ballet's American Music Festival with lighting by the Feld Ballet's Allen Lee Hughes and Willa Kim's costumes. Other works to the music of Ives in the City Ballet repertory include Peter Martins' Calcium Light Night, Jerome Robbins' Ives, Songs and George Balanchine's Ivesiana.

Ballet Hispánico is an American dance company based in Manhattan, New York. It was founded by the Puerto Rican/Mexican-American dancer and choreographer Tina Ramirez in 1970 and presents dances reflecting the experience of Hispanic and Latino Americans.

Cynthia Harvey is an American former ballet dancer, ballet mistress and educator. She joined the American Ballet Theatre (ABT) in 1974 and was promoted to principal dancer in 1982. In 1986, she joined The Royal Ballet, becoming the company's first American principal dancer. She returned to ABT two years later, and retired in 1996. She then started teaching and staging ballets across the world. In 2016, she was named artistic director of the Jacqueline Kennedy Onassis School, the affiliated school of ABT. She stepped down from the position in May 2022.

Anna Lærkesen was a Danish ballet dancer who was a soloist at the Royal Danish Ballet. She had her debut at the theatre in the Bournonville version of La Sylphide as the first sylph (1959). She was appointed soloist in 1964 and was promoted to 1st female soloist two years later, a title that had until then only been bestowed upon Margot Lander. After long periods of illness, she was dismissed from service shortly before her 25th anniversary where she would have appeared in a production of Livjægerne på Amager in which she would have portrayed the character of Louise.

Raymond Smith is a Canadian ballet dancer and teacher, who was a principal dancer of the National Ballet of Canada from 1980 to 1995. 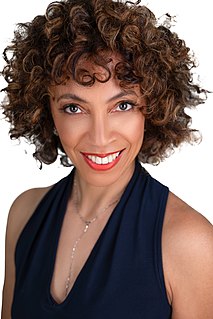 Judy Elizabeth Tyrus is a classical ballet dancer who danced as a principal with the Dance Theatre of Harlem (DTH) from 1977–1999. She was the curator and an archivist for DTH for over eleven years. She founded ChromaDiverse, Inc., a non-profit company supporting arts, culture and theatre causes in May 2019.

Stephanie Saland is an American former ballet dancer and teacher. She was spotted by George Balanchine whilst a student at the School of American Ballet, then joined the New York City Ballet in 1972, and was promoted to principal dancer in 1984. She had created roles for both Balanchine and Jerome Robbins, before retiring in 1993. She then started teaching ballet in both the U.S. and internationally.

Maria Calegari is an American ballet dancer, teacher and répétiteur. She joined the New York City Ballet in 1974 and became a principal dancer in 1983. She left the company in 1994, then occasionally performed until 2004. She also teaches ballet and began working as a répétiteur for the Balanchine Trust and Robbins Rights Trust in 1996 and 2003 respectively.