MoShang is the Chinese moniker of SESAC-affiliated composer Jean Marais. He began as a choral singer in the early 1980s in Cape Town, South Africa – at which time he acquired his first computer, a Commodore VIC-20. It would take some time, however, for his love of music and computers to find its ideal expression. Marais first earned acclaim as lead singer/frontman of the South African art-rock band Duusman [1] and as saxophonist for the group Tsunami; he also served as producer on three award-winning albums honoring poet Breyten Breytenbach and formed half of the Afrikaans pop duo 12 Hz with Riku Lätti. [2] He garnered South Africa's prestigious Avanti Craft award for his score to the short film "Angels in a Cage." [3]

Marais relocated to the Taiwanese city of Taichung in 2003; his first release as MoShang, Made in Taiwan, was released on his Onse Plate (Afrikaans for "Our Records") imprint in 2004. His second, Chill Dynasty, followed in 2006. His music was selected for the Discovery HD production "Fantastic Festivals of the World". In 2009, he was selected as the winner in the audio category of the Ubuntu 9.04 Free Culture Showcase and his song "Invocation" was distributed with that version of the OS. [4] In 2009 he teamed up (as Jean Marais) with Andre van Rensburg and Louis Minnaar and released the project/album 'Eentonig'.

MoShang released his fifth full-length album "Further East" on Lemongrassmusic label (2010). He has released more than 100 episodes of his Live Online podcast – each episode is an hour-long recording of a live performance of his original music and is released under a Creative Commons license. MoShang recently completed the original score for the National Geographic Channel (Asia) documentary "Koxinga: A Hero's Legacy". 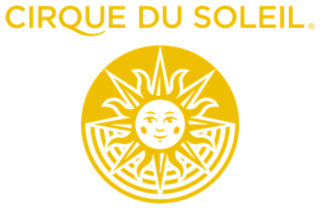 Cirque du Soleil is a Montreal-based entertainment company and the largest contemporary circus producer in the world. Located in the inner-city area of Saint-Michel, it was founded in Baie-Saint-Paul on 16 June 1984 by former street performers Guy Laliberté and Gilles Ste-Croix.

Putumayo World Music is a New Orleans-based record label that specializes in compilations of world music, jazz and blues.

Barney McAll is a jazz pianist and composer. Barney McAll moved to New York City from Australia in 1997 to join saxophonist Gary Bartz's band. As well as remaining to be a member of the Gary Bartz quartet, he also plays with the Josh Roseman Unit, Fred Wesley and the JB's, Groove Collective, and Kurt Rosenwinkel's "Heartcore". He completed a Bachelor of Music at the Victorian College of the Arts in Melbourne, studying with pianists Paul Grabowsky, Tony Gould and Mike Nock and with guitarist Doug Devries. He studied in New York with Barry Harris, Mulgrew Miller, Walter Bishop Jr., Jim Beard and Aydin Esen. He studied in Cuba with Chucho Valdes and Ramón Valle. 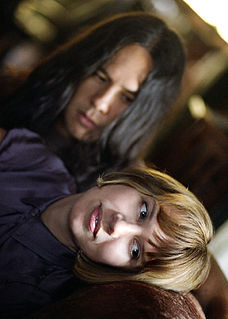 Angel Tears is a fusion musical duo based in Tel Aviv, Israel, composed of Sebastian Taylor, aka Shakta, and Momi Ochion.

DJ Hen Boogie born Henry Alexander III is an American DJ and producer whose music encompasses and fuses a wide variety of genres including jazz, hip hop, electronic music, and soul. He is arguably best known for being a pioneer of the Bay Area independent hip hop movement of the early 1990s as the production mind behind the group The Dereliks whose release "A Turn on the Wheel is Worth More than a Record Deal" is a highly sought recording over 15 years after its initial release. 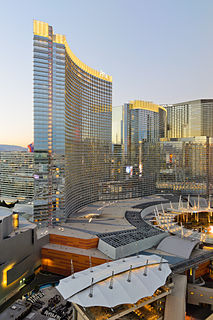 René Dupéré is a Canadian composer from Mont-Joli, Québec, Canada.

Alex Tronic is Scottish electronic musician, DJ, producer and label owner Paul Croan, who is based in Leith, Edinburgh, Scotland. Croan works from his private recording studio also based in Edinburgh. MusicTech magazine describe the studio as a "Vintage Synth treasure trove. His debut album To Infinity was championed by Radio 1 and the track "Chiller" made iTunes top 20. The latest single The Strangest Times was championed by Guy Monnington on Amazing Radio who included the track in his `Against the grain playlist` The video for the track was shortlisted for video of the year by The Weekender magazine. Alex Tronic`s single "A Voice for the Silent" features the words of Australian philanthropist and animal rights activist Philip Wollen. Tronic has also had success with "Feels Like Falling", his second collaboration with Scots chanteuse Shuna Lovelle. The EP peaked at number 1 in iTunes Lounge charts in February 2018. The single has been heavily rotated on the influential radio station Chill FM. The previous single "Brave About It" released in July 2017 also made number 1 on the iTunes lounge charts. 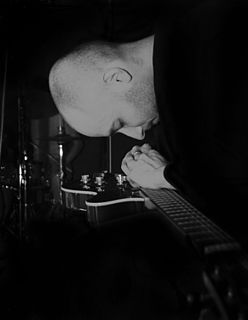 Triangle Sun is a Russian pop/electronic, downtempo, chillout band. It was created in 2004 by famous Russian musician and composer Alexander Knyazev.

Eric van Aro is a European jazz and pop singer. He is the son of the Italian singer Caterina Valente and the German Juggler/Producer Erik van Aro Sr. He grew up in the Italian part of Switzerland and in London, England. Van Aro has released several albums including Friends, Desert Motel, Obsession, Endless Roads as well as recordings of Deep House and Lounge music in collaboration with Marco "Soundee" Finotello. These collaborations were the basics for "The EGH project". He is a founding member of the rock group "Chronicles of a Fourth".

The Buddha-Bar is a bar, restaurant, and hotel franchise created by French-Romanian restaurateur Raymond Vișan and DJ and interior designer Claude Challe, with its original location having opened in Paris, France in 1996. The Buddha Bar "soon became a reference among foreign yuppies and wealthy tourists visiting the city", and "has spawned numerous imitators", becoming popular in part because of the DJ's choice of eclectic, avant-garde music. It became known internationally for issuing the Buddha Bar compilation albums, which are popular compilations of lounge, chill-out music and world music, also under the Buddha Bar brand, released by George V Records. Buddha Bar "has made a name for itself with its Zen lounge music CDs and remains a hit – especially with tourists". Locations have since been opened in a number of other countries, although not without controversy arising from the theme.

Vadim Kapustin is a Russian singer, songwriter who sings in English.