Mow Cop Castle is a folly at Mow Cop in the civil parish of Odd Rode, Cheshire, England. It is recorded in the National Heritage List for England as a designated Grade II listed building. [1] The ridge, upon which the castle sits, forms the boundary between the counties of Cheshire and Staffordshire, the dioceses of Chester and Lichfield and the ecclesiastical provinces of Canterbury and York.

Traces of a prehistoric camp have been found here. In 1754, Randle Wilbraham of nearby Rode Hall built an elaborate summerhouse looking like a medieval fortress and round tower.

The area around the castle was nationally famous for the quarrying of high-quality millstones ('querns') for use in water mills. Excavations at Mow Cop have found querns dating back to the Iron Age.

The Castle was given to the National Trust in 1937. The same year over ten thousand Methodists met on the hill to commemorate the first Primitive Methodist camp meeting there.

Though visitors were originally allowed inside the folly the area surrounding it has been fenced off due to several suicide attempts and one suicide on the ledge. On the turn of the millennium in the year 2000 a large fire was lit beside the folly as part of a network of communicating beacons across the country.

Biddulph is a town in Staffordshire, England, 8.5 miles (14 km) north of Stoke-on-Trent and 4.5 miles (7 km) south-east of Congleton, Cheshire.

Audley Rural is a parish of Staffordshire, England, located four miles to the north-west of the town of Newcastle-under-Lyme. It is predominantly a rural area, of which Audley is the centre. Other settlements are Alsagers Bank, Bignall End, Halmer End, Miles Green, Scot Hay and Wood Lane, and the outlying hamlets of Dunkirk, Mill End, Shraley Brook, Eardley End, Coopers Green, Butters Green and Crackley Gates. The population of this parish at the 2011 census was 8,437. 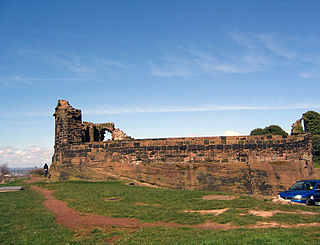 Halton, formerly a separate village, is now part of the town of Runcorn, Cheshire, England. The name Halton has been assumed by the Borough of Halton, which includes Runcorn, Widnes and some outlying parishes. 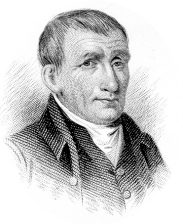 Hugh Bourne along with William Clowes was the joint founder of Primitive Methodism, the largest offshoot of Wesleyan Methodism and, in the mid nineteenth century, an influential Protestant Christian movement in its own right. 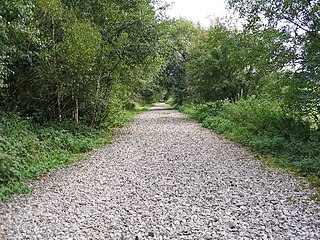 The Staffordshire Way is a long-distance walk in Staffordshire, England. The path links with the Cheshire Gritstone Trail, the Heart of England Way and the North Worcestershire Path.

Mow Cop is a village on the Cheshire–Staffordshire border, divided between the North West and West Midlands regions of England. It is 24 miles (39 km) south of Manchester and 6 miles (9.7 km) north of Stoke-on-Trent, on a steep hill of the same name rising up to 335 metres (1,099 ft) above sea level. The village is at the edge of the southern Pennines, with the Cheshire Plain directly to the west. For population details taken at the 2011 census, see Kidsgrove. The Cheshire section is the highest settlement within the county of Cheshire.

The South Cheshire Way is a 32-mile (51 km) long-distance footpath running east–west mainly through Cheshire, England, though parts lie in Shropshire and Staffordshire. The western section from Grindley Brook, near Whitchurch, runs through farmland; the eastern section from Mow Cop, near Biddulph, runs through low hills. The footpath is waymarked with black and yellow discs inscribed 'SCW'. 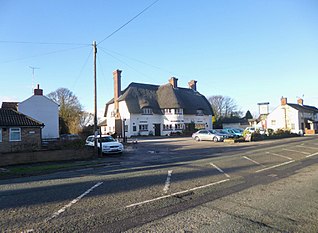 Odd Rode is a civil parish in the unitary authority of Cheshire East and the ceremonial county of Cheshire, England. It borders the Staffordshire parish of Kidsgrove, and includes the settlements of: 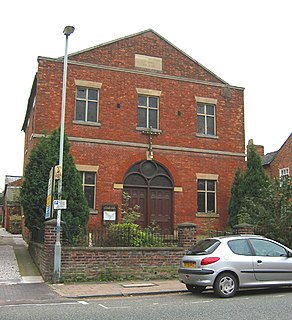 The Cheshire Military Museum is a military museum in Chester, Cheshire, England.

Scholar Green is a village in the civil parish of Odd Rode, in Cheshire, England. Encompassing the smaller settlements of Kent Green and The Bank, it is situated on the A34 near Mow Cop, Alsager, Rode Heath, Butt Lane and Kidsgrove and in the unitary authority area of Cheshire East.

Limekiln Wood Nature Reserve is a 13.1-hectare (32-acre) nature reserve in Cheshire, England, north of the village of Mow Cop. A Site of Special Scientific Interest, it is managed by the Cheshire Wildlife Trust. 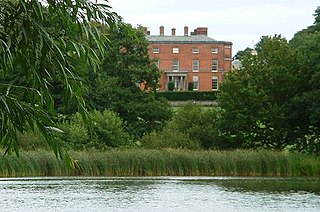 Rode Hall, a Georgian country house, is the seat of the Wilbraham family, members of the landed gentry in the parish of Odd Rode, Cheshire, England. The estate, with the original timber-framed manor house, was purchased by the Wilbrahams from the ancient Rode family in 1669. The medieval manor house was replaced between 1700 and 1708 by a brick-built seven-bay building; a second building, with five bays, was built in 1752; the two buildings being joined in 1800 to form the present Rode Hall. 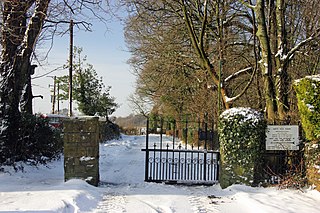 North Rode Manor is a country house standing to the north of the village of North Rode, Cheshire, England. The house was built between 1838 and 1840 for John Smith Daintry, a banker and silk manufacturer from Macclesfield, on the site of an earlier house that had been destroyed by fire. Alterations have been carried out since it was originally built. The house is constructed in stuccoed brick with ashlar dressings and slate roofs. It is in two storeys. The entrance front has five bays, the two on the left protruding forwards. The entrance porch dates from the 19th-century and is supported by paired Tuscan columns. To the right of this is a canted bay window. On the right side of the house is another canted bay window, and on the left side is a tower with a pyramidal roof. The house is recorded in the National Heritage List for England as a designated Grade II listed building. The authors of the Buildings of England series describe it a "sprawling white house in Regency Gothic".

St John the Evangelist's Church is in Sandbach Heath, about 1 mile (1.6 km) northeast of Sandbach, Cheshire, England. It is an active Anglican parish church in the deanery of Congleton, the archdeaconry of Macclesfield, and the diocese of Chester. Its benefice is united with those of Christ Church, Wheelock, and St Philip, Hassall Green. The church is recorded in the National Heritage List for England as a designated Grade II listed building.

All Saints Church is in the village of Scholar Green in the parish of Odd Rode, Cheshire, England. It is an active Anglican parish church in the deanery of Congleton, the archdeaconry of Macclesfield, and the diocese of Chester. The church is recorded in the National Heritage List for England as a designated Grade II* listed building.

Englesea Brook Chapel and Museum is in the village of Englesea-Brook, Cheshire, England. Built in 1828, the chapel was one of the earliest chapels of the Primitive Methodist movement, and the Sunday school was added in 1914. Since 1986 it has been a museum of Primitive Methodism. The building is recorded in the National Heritage List for England as a designated Grade II listed building. In the chapel is a historic pipe organ. The museum contains artefacts relating to the movement, and arranges a changing programme of exhibitions and other events. In the graveyard near the museum is a monument to Hugh Bourne, founder of the movement.