Last updated May 17, 2022
This article is about the US organization. For the UK organization, see Music Publishers Association (UK).

Websites that offer lyrics and guitar tabs without licensing or permission from the artist or record label constitute copyright infringement. Former MPA president Lauren Keiser stated that he wanted jail time in addition to fines and the removal of offending websites. [1]

In March 2006, the MPA issued a statement in which they explained their position on websites that distribute unauthorized sheet music and tablature. [2]

Several points are made in the statement:

The MPA's position on tablature has been criticized by the tabbing community. The community do not believe they are infringing copyright laws because they are only displaying their aural transcriptions of these songs, which are, more often than not, not entirely correct. They feel that the practice of tabbing and sharing songs has existed for decades without any issues. An article on the now-closed guitartabs.cc website said:

"At what point does describing how one plays a song on guitar become an issue of copyright infringment[ sic ]? This website [and tablatures], among other things, helps users teach each other how they play guitar parts for many different songs. This is the way music teachers have behaved since the first music was ever created. The difference here is that the information is shared by way of a new technology: the Internet ..." [3]

A copyright is a type of intellectual property that gives its owner the exclusive right to copy and distribute a creative work, usually for a limited time. The creative work may be in a literary, artistic, educational, or musical form. Copyright is intended to protect the original expression of an idea in the form of a creative work, but not the idea itself. A copyright is subject to limitations based on public interest considerations, such as the fair use doctrine in the United States.

The American Society of Composers, Authors, and Publishers (ASCAP) is an American not-for-profit performance-rights organization (PRO) that collectively licenses the public performance rights of its members' musical works to venues, broadcasters, and digital streaming services.

A royalty payment is a payment made by one party to another that owns a particular asset, for the right to ongoing use of that asset. Royalties are typically agreed upon as a percentage of gross or net revenues derived from the use of an asset or a fixed price per unit sold of an item of such, but there are also other modes and metrics of compensation. A royalty interest is the right to collect a stream of future royalty payments.

Christian Copyright Licensing International (CCLI) is a privately owned company that was founded in the US in 1988 by Howard Rachinski. CCLI was launched after being developed by Rachinski for 3½ years while he was a music minister at a large church in Portland, Oregon. This prototype, called Starpraise Ministries, began in May 1985. CCLI offers copyright licensing of songs and other resource materials for use in Christian worship. 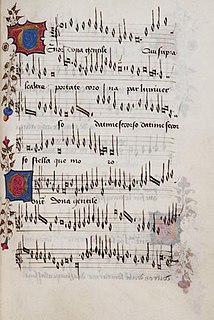 Ultimate Guitar, also known as Ultimate-Guitar.com or simply UG, is one of the largest online communities of guitarists and musicians. Its website and mobile application have one of the largest guitar tablature catalogues and chord sheets. UG's platform also includes video courses, reviews of music and equipment, interviews with notable musicians and forums. It was started on October 9, 1998, by Eugeny Naidenov. Since 2008, Ultimate Guitar operates from San Francisco, US, with its platform available in most of the countries. As of December 2021, the site and mobile app contain 1,600,000 tabs and chords for over 900,000 songs from over 115,000 artists. UG app has been downloaded more than 53,000,000 times.

Music piracy is the copying and distributing of recordings of a piece of music for which the rights owners did not give consent. In the contemporary legal environment, it is a form of copyright infringement, which may be either a civil wrong or a crime depending on jurisdiction. The late 20th and early 21st centuries saw much controversy over the ethics of redistributing media content, how much production and distribution companies in the media were losing, and the very scope of what ought to be considered piracy – and cases involving the piracy of music were among the most frequently discussed in the debate.