Musical Minds is a Nova documentary based on neurologist Oliver Sacks's 2007 book Musicophilia: Tales of Music and the Brain about music and the human brain aired on June 30, 2009 on Public Broadcasting Service (PBS).

Nova is an American popular science television series produced by WGBH Boston since 1974. It is broadcast on PBS in the U.S., and in more than 100 other countries. The series has won many major television awards. 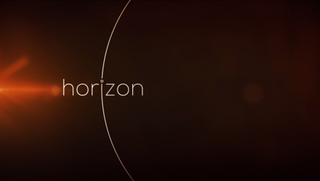 Horizon is an ongoing and long-running British documentary television series on BBC Two that covers science and philosophy. 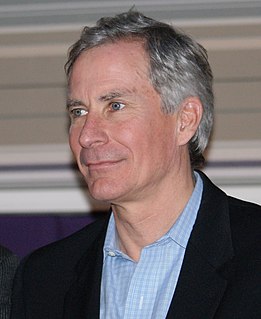 David Finlay Breashears is an American mountaineer, filmmaker, author, and motivational speaker. In 1985, he reached the summit of Mount Everest a second time, becoming the first American to reach the summit of Mount Everest more than once. He is perhaps best known as the director and cinematographer of Everest (1998) — which became the highest-grossing IMAX documentary — and for his assistance in the rescue efforts during the 1996 Everest disaster, which occurred during the film's production.

DeFord Bailey was an American country music and blues star from the 1920s until 1941. He was the first performer to be introduced on the Grand Ole Opry and the first African-American performer on the show. He played several instruments but is best known for his harmonica tunes.

Eyes on the Prize is an American television series and 14-part documentary about the Civil Rights Movement in the United States. The documentary originally aired on the PBS network and it also aired in the United Kingdom on BBC2. Created and executive produced by Henry Hampton at the film production company Blackside and narrated by Julian Bond, the series uses archival footage, stills and interviews by participants and opponents of the movement. The title of the series is derived from the title of the folk song "Keep Your Eyes on the Prize," which is used as the opening theme music in each episode.

American Masters is a PBS television series which produces biographies on enduring writers, musicians, visual and performing artists, dramatists, filmmakers, and those who have left an indelible impression on the cultural landscape of the United States. It is produced by WNET in New York City. The show debuted on PBS in 1986.

WETA-TV, virtual channel 26, is a Public Broadcasting Service (PBS) member television station licensed to the American capital city of Washington, District of Columbia. Owned by the Greater Washington Educational Telecommunications Association, it is a sister station to National Public Radio (NPR) member WETA. The two outlets share studios in nearby Arlington, Virginia; WETA-TV's transmitter is located in the Tenleytown neighborhood in Northwest Washington. On cable, the station is available on channel 26 on most systems in the market.

Miles O'Brien is an independent American broadcast news journalist specializing in science, technology, and aerospace who has been serving as national science correspondent for PBS NewsHour since 2010. 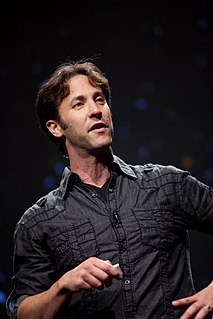 David Eagleman is an American neuroscientist, author, and science communicator. He teaches as an adjunct professor at Stanford University and is CEO of NeoSensory, a company that develops devices for sensory substitution. He also directs the non-profit Center for Science and Law, which seeks to align the legal system with modern neuroscience. He is known for his work on brain plasticity, time perception, synesthesia, and neurolaw. 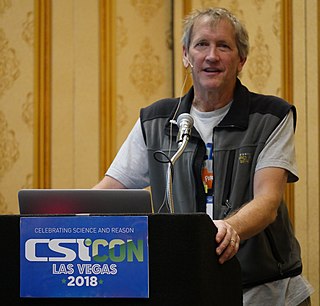 Mark Boslough is a physicist. He was a member of the technical staff at Sandia National Laboratories, an adjunct professor at University of New Mexico, and a fellow of the Committee for Skeptical Inquiry. He is an expert in the study of planetary impacts and global catastrophes. Due to his work in this field, Asteroid 73520 Boslough was named in his honor. 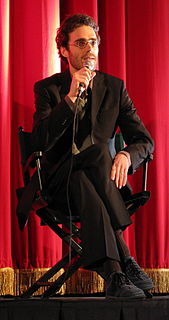 Eric Daniel Metzgar is a filmmaker who lives and works in San Francisco.

Parallel Worlds, Parallel Lives is a BAFTA-winning television documentary broadcast in 2007 on BBC Scotland and BBC Four, in which American rock musician Mark Oliver Everett talks with physicists and the former colleagues of his father—Hugh Everett—about his father's many-worlds interpretation of quantum mechanics. The documentary was shot and directed by Louise Lockwood and edited by Folko Boermans.

Willie Jackson, known professionally as Willie The Kid, is an American rapper, songwriter, film producer, entrepreneur and tech investor from Grand Rapids, Michigan, United States. Willie The Kid made his music debut as a founding member of The Aphilliates working closely with DJ Drama and Don Cannon. He is the younger brother of Wu-Tang Clan affiliate La the Darkman. 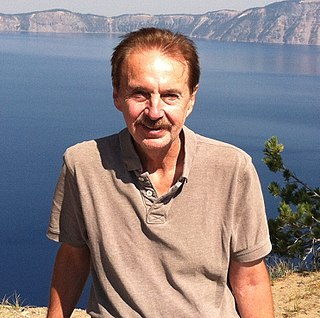 Jon Palfreman is a reporter, writer, producer, director and educator best known for his documentary work on Frontline and Nova. He has won awards for his journalism, including the Peabody Award, Emmy Award, the Alfred I. duPont-Columbia University Silver Baton, Writers Guild of America Award, and the AAAS-Westinghouse Science in Journalisim Award. Palfreman has written, directed and produced documentaries on a wide range of topics, but specializes in topical and often controversial issues involving science and medicine. Palfreman is the author of Brainstorms: The Race to Unlock the Mysteries of Parkinson's Disease, The Case of the Frozen Addicts: Working at the Edge of the Mysteries of the Human Brain, and The Dream Machine: Exploring the Computer Age. He is also president of the Palfreman Film Group.

Gary Glassman is a documentary filmmaker based in Rhode Island. His company, Providence Pictures, produces films for NOVA, Discovery Channel, History Channel, BBC, and other television networks and programs.