NZ On Screen is a state-funded online promotional showcase of New Zealand television and film. Funded by NZ On Air, it provides free worldwide access to NZ-produced television, film and music videos. Content is streamed and the webpages provide authoritative background information.

The site was launched in October 2008 and is updated constantly. It provides titles in full or as excerpts, with background notes, photographs and profiles of key cast and crew. All material is rights-cleared and there is some content now on the site that had not been seen since its mid-twentieth century screening.

The ScreenTalk section is a videoblog with interviews with people from the NZ television and film industry – including Florian Habicht, Rena Owen, Margaret Mahy, Vincent Ward and Sam Neill.

The site won a Qantas Media Award for Best Entertainment site in May 2009, and was finalist for Best Website Design. [1] 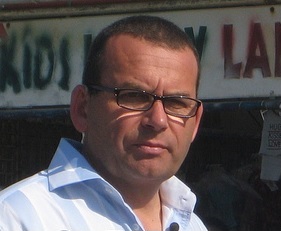 Paul Henry Hopes, known professionally as Paul Henry, is a New Zealand radio and television broadcaster who was the host of the late night show The Paul Henry Show on New Zealand's TV3 which ended December 2014 so that Henry could host a new cross platform three-hour breakfast show Monday to Friday on TV3, RadioLive and on line. Paul Henry launched on 7 April 2015 and initially had an audience larger than the two shows it replaced on radio and TV. For nine months in 2012, he also co-hosted an Australian television show, Breakfast, which ceased production on 30 November 2012, due to low ratings. 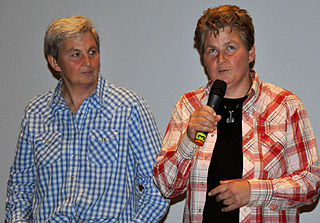 The Topp Twins are the folk singing and activist sister comedy duo of New Zealand entertainers Jools and Lynda Topp. They are known for their country music influenced style, live shows and television performances. They often perform as characters, the most notable being the roles Ken & Ken, and Camp Mother & Camp Leader.

60 Minutes is the name of a television newsmagazine show previously broadcast in New Zealand on TV3. The show began in New Zealand in 1989 based on an American programme by the same name.

NZ On Air, formally the Broadcasting Commission, is an autonomous Crown entity and commission of the New Zealand Government responsible for funding support for broadcasting and creative works. The commission operates largely separate from government policy but must follow directions from the Minister of Broadcasting. NZOA is responsible for the funding of public broadcasting content across television, radio and other media platforms. It is also a major investor in New Zealand independent producers. 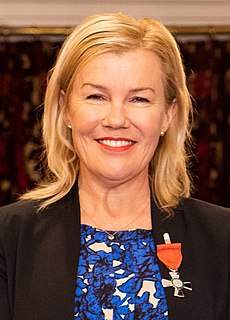 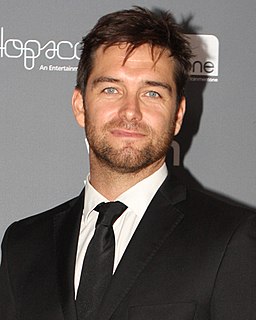 Antony Starr is a New Zealand actor best known for his starring role in Amazon Prime Video's original series The Boys, which is based on the comic book series of the same name, playing the superhero Homelander. In his own country, he is best known for his dual role as twins Jethro and Van West in New Zealand's comedy/drama Outrageous Fortune and Billy Newwood in Without a Paddle. He was the series lead, Lucas Hood, in the four season run of Banshee.

New Zealand film and television awards have gone by many different names and have been organised by different industry groups. As of 2017, New Zealand has relaunched a standalone New Zealand Television Awards after a five-year hiatus. The film awards continue to be sporadically awarded as the Rialto Channel New Zealand Film Awards (Moas).

The mass media in New Zealand include television stations, radio stations, newspapers, magazines, and websites. Most outlets are foreign-owned, with media conglomerates like NZME, Stuff, MediaWorks, Discovery and Sky dominating the media landscape. Most media organisations operate Auckland-based newsrooms with Parliamentary Press Gallery reporters and international media partners, but most broadcast programmes, music and syndicated columns are imported from the United States and United Kingdom.

Bill Ralston is a New Zealand journalist, broadcaster, and media personality, active in television, radio and print. He has worked as a political correspondent, fronted the television arts show Backch@t, and was the head of news and current affairs at TVNZ from 2003 to 2007. The New Zealand Herald has described him as controversial.

Kirk Torrance is an actor and playwright from New Zealand, best known for his role as Wayne Judd in Outrageous Fortune. He is also a former Commonwealth Games swimmer.

Julia Parnell is a New Zealand film and television producer 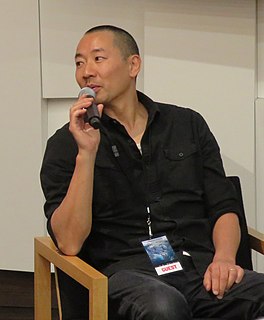 Ant Sang is a fifth generation Chinese New Zealander comic book artist and designer. He is perhaps best known for his work on the animated show Bro'Town.

The Directors and Editors Guild of New Zealand (DEGNZ) is a screen-sector guild that represents the interests of directors and editors within New Zealand's Screen and Motion Picture Industry. Initially known as the Screen Directors Guild of New Zealand (SDGNZ), it was founded in 1995 when 18 New Zealand (NZ) directors gathered together at an annual industry conference in Wellington to discuss directors' conditions of work and the need for an organization to represent their interests independent of the Screen Production and Development Association (SPADA), which had evolved from the original concept of a guild that represented both producers & directors.

Justin Pemberton is a documentary filmmaker based in Auckland, New Zealand.

Janet McIntyre is a New Zealand television journalist, reporter and producer. She worked as a news reporter in Australia on Channel 9 News, along with 60 Minutes in New Zealand. She currently works as a reporter for New Zealand current affairs show Sunday.

The Topp Twins: Untouchable Girls is a New Zealand documentary film, directed by Leanne Pooley and released in 2009. The film profiles The Topp Twins, a lesbian comedy music duo from New Zealand.

Dame Julie Bethridge Topp, known as Jools Topp, is one half of the Topp Twins, a music comedy duo from New Zealand; the other member is her twin sister Lynda Topp. Jools Topp has been singing and entertaining with her sister for decades, touring live music and comedy performances as well as performing in TV and film. The sisters were both appointed Dames Companion of the New Zealand Order of Merit in the 2018 Queen's Birthday Honours.