The Naval Act of 1938, known as the Second Vinson Act, was United States legislation enacted on May 17, 1938, that "mandated a 20% increase in strength of the United States Navy". [1] It represented the United States' response to the Japanese invasion of China and the German annexation of Austria. [2]

The act was sponsored by Carl Vinson, a Democratic Congressman from Georgia who was Chairman of the House Naval Affairs Committee. It updated the provisions of the Vinson-Trammell Act ("First Vinson Act") of 1934 and the Naval Act of 1936, which had "authorized the construction of the first American battleships in 17 years" (six battleships were authorised under the 1934 Act – BB-55 to BB-60), based on the provisions of the London Naval Treaty of 1930. [1] [3] The 1938 Act specifically authorised the construction of 105,000 tons of battleships (the first three Iowa Class ships were built under this authorisation), 40,000 tons of aircraft carriers, 68,754 tons of cruisers, 38,000 tons of destroyers and 13,658 tons of submarines (eight vessels were built under this authorisation – SS-204 to SS-211), together with various smaller vessels. It was followed by the Two-Ocean Navy Act of 1940. 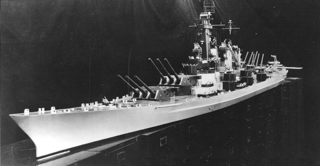 The Montana-class battleships were planned as successors of the Iowa class for the United States Navy, to be slower but larger, better armored, and with superior firepower. Five were approved for construction during World War II, but changes in wartime building priorities resulted in their cancellation in favor of continuing production of the Essex-class aircraft carrier and Iowa class before any Montana class keels were laid.

The Washington Naval Treaty, also known as the Five-Power Treaty, was a treaty signed during 1922 among the major nations that had won World War I, which agreed to prevent an arms race by limiting naval construction. It was negotiated at the Washington Naval Conference, held in Washington, D.C., from November 1921 to February 1922, and it was signed by the governments of the United Kingdom, the United States, France, Italy, and Japan. It limited the construction of battleships, battlecruisers and aircraft carriers by the signatories. The numbers of other categories of warships, including cruisers, destroyers and submarines, were not limited by the treaty, but those ships were limited to 10,000 tons displacement each.

Illinois (BB-65) was an uncompleted battleship originally intended to be the first ship of the Montana class. However, the urgent need for more warships at the outbreak of World War II and the U.S. Navy's experiences in the Pacific theater led it to conclude that rather than battleships larger and more heavily armed than the Iowa class, it quickly needed more fast battleships of that class to escort the new Essex-class aircraft carriers being built. As a result, hulls BB-65 and BB-66 were reordered and laid down as Iowa-class battleships in 1942. As such, she was intended to be the fifth member of the Iowa-class constructed, and the fourth navy ship to be named in honor of the 21st US state. 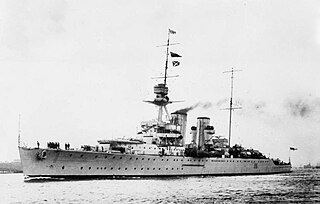 The heavy cruiser was a type of cruiser, a naval warship designed for long range and high speed, armed generally with naval guns of roughly 203 mm (8 inches) in caliber, whose design parameters were dictated by the Washington Naval Treaty of 1922 and the London Naval Treaty of 1930. The heavy cruiser is part of a lineage of ship design from 1915 through the early 1950s, although the term "heavy cruiser" only came into formal use in 1930. The heavy cruiser's immediate precursors were the light cruiser designs of the 1900s and 1910s, rather than the armoured cruisers of the years before 1905. When the armoured cruiser was supplanted by the battlecruiser, an intermediate ship type between this and the light cruiser was found to be needed—one larger and more powerful than the light cruisers of a potential enemy but not as large and expensive as the battlecruiser so as to be built in sufficient numbers to protect merchant ships and serve in a number of combat theaters. 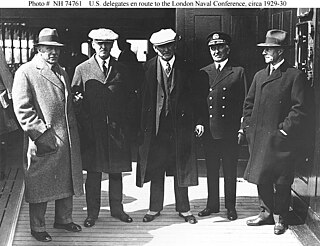 The Treaty for the Limitation and Reduction of Naval Armament, commonly known as the London Naval Treaty, was an agreement between the United Kingdom, Japan, France, Italy and the United States, signed on 22 April 1930, which regulated submarine warfare and limited naval shipbuilding. Ratifications were exchanged in London on 27 October 1930, and the treaty went into effect on the same day. It was registered in League of Nations Treaty Series on 6 February 1931. 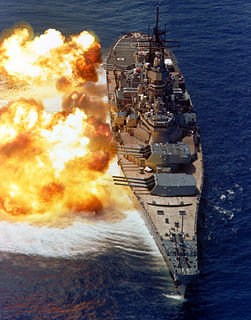 The Iowa class was a class of six fast battleships ordered by the United States Navy in 1939 and 1940. They were initially intended to intercept fast capital ships such as the Japanese Kongō class while also being capable of serving in a traditional battle line alongside slower battleships and act as its "fast wing". The Iowa class was designed to meet the Second London Naval Treaty's "escalator clause" limit of 45,000-long-ton (45,700 t) standard displacement. Four vessels, Iowa, New Jersey, Missouri, and Wisconsin, were completed; two more, Illinois and Kentucky, were laid down but canceled in 1945 and 1958 respectively before completion, and both hulls were scrapped in 1958–1959. 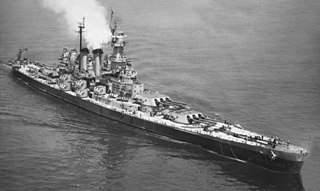 The North Carolina class was a class of two fast battleships, North Carolina and Washington, built for the United States Navy in the late 1930s and early 1940s. The Navy was originally uncertain whether the ships should be fast enough to counter the Japanese Kongō-class battlecruiser, which was believed by the United States to be capable of 26 kn, or should sacrifice speed for additional firepower and armor. The 1936 Second London Naval Treaty's requirement that all capital ships have a standard displacement of under 35,000 LT (35,600 t) prevented the desired objectives from being fully realized within its limits, and the navy considered over fifty designs before one was chosen. 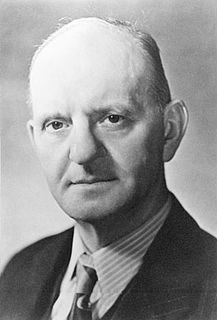 Carl Vinson was an American politician who served in the U.S. House of Representatives for over 50 years and was influential in the 20th century expansion of the U.S. Navy. He was a member of the Democratic Party and represented Georgia in the House from 1914 to 1965. He was known as "The Father of the Two-Ocean Navy". He is the longest-serving member of the United States House of Representatives from the state of Georgia. 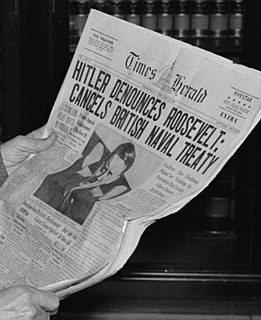 The Anglo-German Naval Agreement (AGNA) of 18 June 1935 was a naval agreement between the United Kingdom and Germany regulating the size of the Kriegsmarine in relation to the Royal Navy.

The Cruiser Act is a United States federal law passed by the U.S. Congress on February 13, 1929. It authorized the construction of 20 new United States Navy ships: 19 cruisers and 1 aircraft carrier. 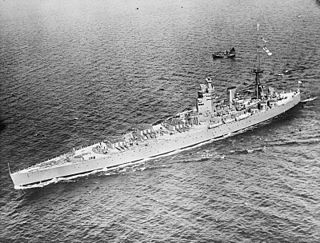 The Eight-Eight Fleet Program was a Japanese naval strategy formulated for the development of the Imperial Japanese Navy in the first quarter of the 20th century, which stipulated that the navy should include eight first-class battleships and eight armoured cruisers or battlecruisers.

The Two-Ocean Navy Act, also known as the Vinson-Walsh Act, was a United States law enacted on July 19, 1940, and named for Carl Vinson and David I. Walsh, who chaired the Naval Affairs Committee in the House and Senate respectively. The largest naval procurement bill in U.S. history, it increased the size of the United States Navy by 70%.

The Naval Act of 1916 was also called the "Big Navy Act" was United States federal legislation that called for vastly enlarging the US navy. An overlooked landmark piece of legislation, President Woodrow Wilson determined amidst the repeated incidents with Germany to build "incomparably, the greatest Navy in the world" over a ten-year period with the intent of making the U.S. Navy equal to any two others in the world. Ultimately, more than $500 million was to be spent on ten battleships, six battlecruisers, thirty submarines, fifty destroyers, and other support vessels, to be built over a three-year period.

The 3rd Naval Armaments Supplement Programme otherwise known as the "Circle Three" Plan was the third of four expansion plans of the Imperial Japanese Navy between 1930 and the start of World War II.

The Standard-type battleship was a series of twelve battleships across five classes ordered for the United States Navy between 1911 and 1916 and commissioned between 1916 and 1923. These were considered super-dreadnoughts, with the ships of the final two classes incorporating many lessons from the Battle of Jutland.

Tosa (土佐) was a planned battleship of the Imperial Japanese Navy. Designed by Yuzuru Hiraga, she was envisioned as the lead ship of the Tosa class of two 39,900-long-ton (40,540 t) ships. The battleships would have been armed with ten 410 mm (16.1 in) guns and bring Japan closer to its goal of an "Eight-four" fleet. However, after the Washington Naval Conference and the signing of the Washington Naval Treaty, all work on the ship was halted. With the vessel required to be destroyed in accordance with the terms of the treaty, the incomplete Tosa was then subjected to various tests to gauge the effect of Japanese weaponry before being scuttled on 9 February 1925.

The South Carolina-class battleships, also known as the Michigan class, were built during the first decade of the twentieth century for the United States Navy. Named South Carolina and Michigan, they were the first American dreadnoughts—powerful warships whose capabilities far outstripped those of the world's older battleships.