Title 34 of the United States Code

Title 34 of the United States Code is a non-positive law title of the United States Code with the heading "Crime Control and Law Enforcement." Released on September 1, 2017, by the Office of the Law Revision Counsel of the United States House of Representatives, it contains "crime control and law enforcement programs or activities in which the Attorney General or the Department of Justice (or one of its components) have been given primary responsibility." [1] Much of the law transferred to Title 34 were laws editorially classified to sections of Title 42 or set out as notes to Titles 42, 18, and 28. [2]

The Omnibus Crime Control and Safe Streets Act of 1968, as amended, is partly codified to Chapter 101 of Title 34.

The Juvenile Justice and Delinquency Prevention Act of 1974, as amended, is partly codified to Chapter 111 of Title 34.

Some provisions of the Matthew Shepard and James Byrd Jr. Hate Crimes Prevention Act are codified to Chapter 305 of Title 34.

The USA PATRIOT Act was a landmark Act of the United States Congress, signed into law by President George W. Bush. The formal name of the statute is the Uniting and Strengthening America by Providing Appropriate Tools Required to Intercept and Obstruct Terrorism Act of 2001, and the commonly used short name is a contrived acronym that is embedded in the name set forth in the statute.

The Communications Act of 1934 is a United States federal law signed by President Franklin D. Roosevelt on June 19, 1934 and codified as Chapter 5 of Title 47 of the United States Code, 47 U.S.C. § 151 et seq. The Act replaced the Federal Radio Commission with the Federal Communications Commission (FCC). It also transferred regulation of interstate telephone services from the Interstate Commerce Commission to the FCC.

The Violent Crime Control and Law Enforcement Act of 1994, commonly referred to as the 1994 Crime Bill, the Clinton Crime Bill, or the Biden Crime Law, is an Act of Congress dealing with crime and law enforcement; it became law in 1994. It is the largest crime bill in the history of the United States and consisted of 356 pages that provided for 100,000 new police officers, $9.7 billion in funding for prisons and $6.1 billion in funding for prevention programs, which were designed with significant input from experienced police officers. Sponsored by U.S. Representative Jack Brooks of Texas, the bill was passed by Congress and signed into law by President Bill Clinton. Then-Senator Joe Biden of Delaware drafted the Senate version of the legislation in cooperation with the National Association of Police Organizations, also incorporating the Violence Against Women Act (VAWA) with Senator Orrin Hatch.

The Omnibus Crime Control and Safe Streets Act of 1968 was legislation passed by the Congress of the United States and signed into law by President Lyndon B. Johnson that established the Law Enforcement Assistance Administration (LEAA). Title III of the Act set rules for obtaining wiretap orders in the United States. The act was a major accomplishment of Johnson's war on crime.

The Homeland Security Act (HSA) of 2002, was introduced in the aftermath of the September 11 attacks and subsequent mailings of anthrax spores. The HSA was cosponsored by 118 members of Congress. The act passed the U.S. Senate by a vote of 90–9, with one Senator not voting. It was signed into law by President George W. Bush in November 2002.

The PROTECT Act of 2003 is a United States law with the stated intent of preventing child abuse as well as investigating and prosecuting violent crimes against children. "PROTECT" is a contrived acronym which stands for "Prosecutorial Remedies and Other Tools to end the Exploitation of Children Today".

The Violence Against Women Act of 1994 (VAWA) is a United States federal law signed by President Bill Clinton on September 13, 1994. The Act provided $1.6 billion toward investigation and prosecution of violent crimes against women, imposed automatic and mandatory restitution on those convicted, and allowed civil redress when prosecutors chose to not prosecute cases. The Act also established the Office on Violence Against Women within the Department of Justice.

Title VII: Increased information sharing for critical infrastructure protection is the seventh of ten titles which comprise the USA PATRIOT Act, an anti-terrorism bill passed in the United States after the September 11, 2001 attacks. Title VII has one section. The purpose of this title is to increase the ability of U.S. law enforcement to counter terrorist activity that crosses jurisdictional boundaries. It does this by amending the Omnibus Crime Control and Safe Streets Act of 1968.

The Public Health Service Act is a United States federal law enacted in 1944. The full act is codified in Title 42 of the United States Code, Chapter 6A. 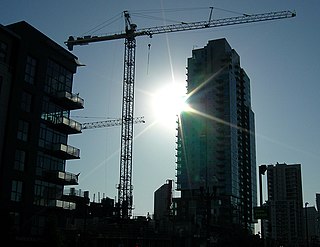 A "Little Miller Act" is a U.S. state statute, based upon the federal Miller Act, that requires prime contractors on state construction projects to post bonds guaranteeing the performance of their contractual duties and/or the payment of their subcontractors and material suppliers.

Title 51 of the United States Code, entitled National and Commercial Space Programs, is the compilation of the general laws regarding space programs. It was promulgated by U.S. President Barack Obama on December 18, 2010 when he signed PL 111-314 into law.

The George Floyd Law Enforcement Trust and Integrity Act of 2020 (LETIA) is a subtitle of the Justice in Policing Act of 2020 which aims to reduce the prevalence of police brutality by fostering connections between police departments and communities. The bill also calls for national policing standards and accreditations. 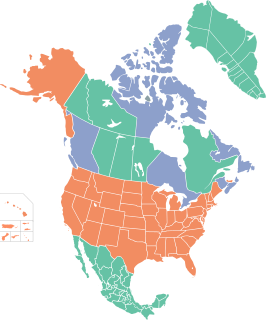 The minimum purchase age for tobacco in the United States before 2019 varied by state and territory. Since December 2019, the smoking age in all states and territories is 21 after federal law was passed in Congress and signed by President Donald Trump in December 2019.