Office of the Law Revision Counsel

prepare, and submit to the Committee on the Judiciary one title at a time, a complete compilation, restatement, and revision of the general and permanent laws of the United States which conforms to the understood policy, intent, and purpose of the Congress in the original enactments, with such amendments and corrections as will remove ambiguities, contradictions, and other imperfections both of substance and of form, separately stated, with a view to the enactment of each title as positive law." [1]

The counsel takes each Act of Congress that covers more than one subject, and makes the revisions indicated to each title of the United States Code. The counsel also regularly reviews the United States Code and proposes new titles to be enacted as positive law (meaning that they would displace all prior statutes on the same subject and become the law itself). [2] Some proposed titles are simply updates of U.S.C. titles that were previously codified as prima facie evidence of the statutory law but have not yet been enacted as positive law. [3] Other proposed titles collect the substance of all existing statutes on a particular subject from across the U.S.C. and the Statutes at Large into a new title. 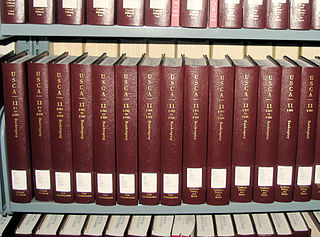 The Penal Code of California forms the basis for the application of criminal law in the American state of California. It was originally enacted in 1872 as one of the original four California Codes, and has been substantially amended and revised since then.

The short title is the formal name by which a piece of primary legislation may by law be cited in the United Kingdom and other Westminster-influenced jurisdictions, as well as the United States and the Philippines. It contrasts with the long title which, while usually being more fully descriptive of the legislation's purpose and effects, is generally too unwieldy for most uses. For example, the short title House of Lords Act 1999 contrasts with the long title An Act to restrict membership of the House of Lords by virtue of a hereditary peerage; to make related provision about disqualifications for voting at elections to, and for membership of, the House of Commons; and for connected purposes. 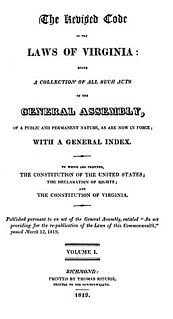 The law of California consists of several levels, including constitutional, statutory, and regulatory law, as well as case law. The California Codes form the general statutory law.

The Judicial Code of 1911 abolished the United States circuit courts and transferred their trial jurisdiction to the U.S. district courts.