This list includes United States Senators who switched parties while serving in the Senate.

James Merrill Jeffords was an American politician who served as a U.S. Senator from Vermont. Sworn into the Senate in 1989, he served as a Republican until 2001, when he left the party to become an independent and began caucusing with the Democrats. Jeffords retired from the Senate in 2007. Prior to serving in the Senate, he served as the U.S. Representative for Vermont's at-large congressional district from 1975 to 1989. 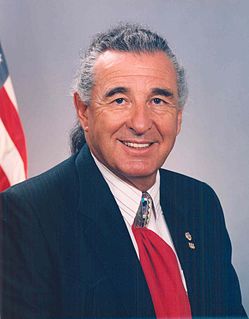 Ben Nighthorse Campbell is an American Cheyenne politician who served as a U.S. Representative from 1987 to 1993, and a U.S. Senator from Colorado from 1993 to 2005. He serves as one of forty-four members of the Council of Chiefs of the Northern Cheyenne Indian Tribe. During his time in office, he was the only Native American serving in the U.S. Congress. 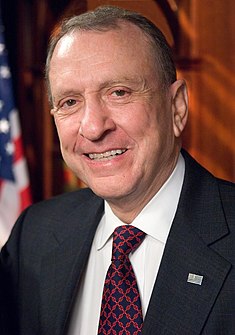 Arlen Specter was an American lawyer, author, and politician who served as a United States Senator from Pennsylvania from 1981 to 2011. Specter was a Democrat from 1951 to 1965, then a Republican from 1965 until 2009, when he switched back to the Democratic Party. First elected in 1980, he represented Pennsylvania in the U.S. Senate for 30 years.

In the United States politics, party switching is any change in party affiliation of a partisan public figure, usually one who is currently holding elected office. Use of the term "party switch" can also connote a transfer of held power in an elected governmental body from one party to another.

United States senators are conventionally ranked by the length of their tenure in the Senate. The senator in each U.S. state with the longer time in office is known as the senior senator; the other is the junior senator. This convention has no official standing, though seniority confers several benefits, including preference in the choice of committee assignments and physical offices. When senators have been in office for the same length of time, a number of tiebreakers, including previous offices held, are used to determine seniority. 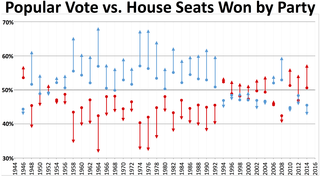