Last updated December 17, 2020
This article is about the U.S. legislative database. For other uses, see Thomas.

THOMAS was the first online database of United States Congress legislative information. A project of the Library of Congress, it was launched in January 1995 at the inception of the 104th Congress and retired on July 5, 2016; it has been superseded by Congress.gov. [1]

The resource was a comprehensive, Internet-accessible source of information on the activities of Congress, including:

The database was named after Thomas Jefferson, who was the third President of the United States. [2] "THOMAS" was an acronym for "The House [of Representatives] Open Multimedia Access System". [3]

The website allowed users to share legislative information via several social networking sites, [4] and there were proposals for an application programming interface. [5]

The Organization for the Advancement of Structured Information Standards is a global nonprofit consortium that works on the development, convergence, and adoption of open standards for cybersecurity, blockchain, Internet of Things (IoT), emergency management, cloud computing, legal data exchange, energy, content technologies, and other areas.

YAML is a human-readable data-serialization language. It is commonly used for configuration files and in applications where data is being stored or transmitted. YAML targets many of the same communications applications as Extensible Markup Language (XML) but has a minimal syntax which intentionally differs from SGML. It uses both Python-style indentation to indicate nesting, and a more compact format that uses [...] for lists and {...} for maps making YAML 1.2 a superset of JSON.

MARCstandards are a set of digital formats for the description of items catalogued by libraries, such as books. Working with the Library of Congress, American computer scientist Henriette Avram developed MARC in the 1960s to create records that could be read by computers and shared among libraries. By 1971, MARC formats had become the US national standard for dissemination of bibliographic data. Two years later, they became the international standard. There are several versions of MARC in use around the world, the most predominant being MARC 21, created in 1999 as a result of the harmonization of U.S. and Canadian MARC formats, and UNIMARC. UNIMARC is maintained by the Permanent UNIMARC Committee of the International Federation of Library Associations and Institutions (IFLA), and is widely used in Europe. The MARC 21 family of standards now includes formats for authority records, holdings records, classification schedules, and community information, in addition to the format for bibliographic records.

Parliamentary informatics is the application of information technology to the documentation of legislative activity. The principal areas of concern are the provision, in a form conveniently readable to humans or machines, of information and statistics about:

The Spry Framework is an open source Ajax framework developed by Adobe Systems which is used in the construction of Rich Internet applications. Unlike other pure JavaScript frameworks such as the Dojo Toolkit and Prototype, Spry is geared towards web designers, not web developers. On August 29, 2012, Adobe announced that it will no longer continue development of Spry and handed it over to the community on GitHub.

Geospatial metadata is a type of metadata applicable to geographic data and information. Such objects may be stored in a geographic information system (GIS) or may simply be documents, data-sets, images or other objects, services, or related items that exist in some other native environment but whose features may be appropriate to describe in a (geographic) metadata catalog.

The Open Packaging Conventions (OPC) is a container-file technology initially created by Microsoft to store a combination of XML and non-XML files that together form a single entity such as an Open XML Paper Specification (OpenXPS) document. OPC-based file formats combine the advantages of leaving the independent file entities embedded in the document intact and resulting in much smaller files compared to normal use of XML. 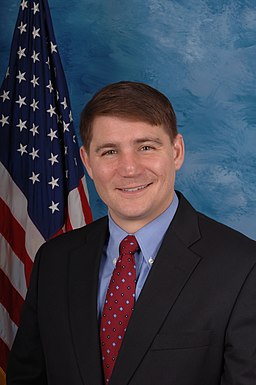 John Boccieri is an American politician who was appointed to fill the 59th district seat in the Ohio House of Representatives on September 29, 2015. He left office after an unsuccessful run for Ohio State Senate in 2018. He served as the U.S. Representative for Ohio's 16th congressional district from 2009 to 2011, and lost his 2010 bid for reelection to Republican Jim Renacci. He is a member of the Democratic Party, and previously served in the Ohio State Senate and the Ohio House of Representatives. Boccieri resides in Poland, Ohio.

Legal XML is a non-profit organization developing in the frame of the OASIS consortium open standards for legal documents, such as electronic court filing, court documents, legal citations, and transcripts, and related applications. The building block for Legal XML standards is eXtensible Markup Language ("XML").

LexML Brasil is a project of Brazil's Electronic Government initiative. Its objective is to establish open data systems, integrate work processes and share data, in the context of identifying and structuring executive, legislative and judiciary documents. The LexML-BR standards define a set of simple technology-neutral electronic protocols and representations, based on XML and HTTP ecossistem.

The SAFE Banking Act is proposed legislation regarding disposition of funds gained through the cannabis industry in the United States. On March 7, 2019, the bill was introduced in U.S. House of Representatives by Ed Perlmutter (D-CO) and was referred to the Judiciary and Financial Services Committees. On March 28, 2019, the Financial Services Committee voted 45 to 15 to advance the bill to the full House. The bill had "broad bipartisan support", and there were 152 cosponsors at the time of the committee vote – over a third of the entire House. Perlmutter, along with Washington Representative Denny Heck, "have introduced similar bills every Congress since 2013". On April 11, 2019, Oregon Senator Jeff Merkley introduced a companion bill in the U.S. Senate and the bill was referred to the Senate Banking, Housing, and Urban Affairs Committee. On June 6, 2019, the House bill moved out of committee and was placed on the Union Calendar for a vote.