Roll Call is a newspaper and website published in Washington, D.C., United States, when the United States Congress is in session, reporting news of legislative and political maneuverings on Capitol Hill, as well as political coverage of congressional elections across the country.

Roll Call was founded in 1955 by Sid Yudain, a press secretary to Congressman Al Morano (R-Conn.). [1] [2] The inaugural issue of the newspaper was published on June 16, 1955, with an initial printing of 10,000 copies. [3] Richard Nixon, then Vice President of the United States, wrote a letter to Yudain congratulating him on the new venture. Nixon's letter ran on the front page of the inaugural issue.

In 1986, Yudain sold Roll Call to Arthur Levitt, who was serving as the chairman of the American Stock Exchange at the time of the sale. [3] Yudain continued to work as a columnist at Roll Call after the sale. [3]

In July 2018, a deal was announced for CQ Roll Call to be acquired by FiscalNote. [6]

"Heard on the Hill"

In January 1988, Roll Call launched the "Heard on the Hill" column, which covers the intrigue of life and work in and around Capitol Hill. Alex Gangitano wrote Heard on the Hill from 2014 to 2018 before leaving to cover lobbying for The Hill. [7] On 30 April 2019, Roll Call announced the current Heard on the Hill writing team of Clyde McGrady and Kathryn Lyons. [8]

In 1962, Roll Call began sponsoring the annual Congressional Baseball Game for Charity. In 1965, the first Roll Call Trophy was awarded—to the Republican team, which was the first team to win three games since Roll Call began its sponsorship. Since then, a new trophy has been awarded to the next team that wins three games (over the next three, four, or five years), following the year in which the most recent trophy was awarded. Roll Call also sponsors the Congressional Baseball Hall of Fame.

Congressional Quarterly, Inc., or CQ, is part of a privately owned publishing company called CQ Roll Call that produces a number of publications reporting primarily on the United States Congress. CQ was acquired by the Economist Group and combined with Roll Call to form CQ Roll Call in 2009; CQ ceased to exist as a separate entity, and in July 2018, a deal was announced for the company to be acquired by FiscalNote. 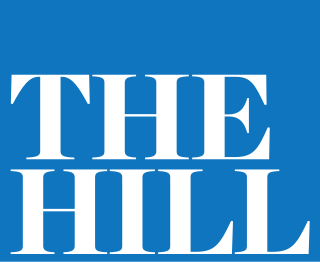 Timothy Robert Noah is an American journalist and author. Previously he was labor policy editor for Politico, a contributing writer at MSNBC.com, a senior editor of The New Republic, where he wrote the "TRB From Washington" column, and a senior writer at Slate, where for a decade he wrote the "Chatterbox" column. In April 2012 Noah published a book, The Great Divergence, about income inequality in the United States.

James VandeHei is the co-founder and CEO of Axios and the former executive editor and co-founder of Politico. Previously, he was a national political reporter at The Washington Post, where he worked as White House correspondent.

The Washington City Paper is a U.S. alternative weekly newspaper serving the Washington, D.C., metropolitan area. The City Paper is distributed on Thursdays; its average circulation in 2006 was 85,588. The paper's editorial mix is focused on local news and arts. Its 2018 circulation figure was 47,000.

Ryan Christopher Lizza is an American journalist. Lizza's 2017 interview with White House Communications Director Anthony Scaramucci was said to have resulted in Scaramucci's dismissal. Later that year, Lizza was accused of sexual misconduct in the context of the Me Too movement. After a decade-long run as The New Yorker's Washington correspondent, the magazine's internal review of the allegation against Lizza led to his dismissal. Several other media organizations declined to terminate or bar Lizza from employment in light of their own investigations. Lizza is currently the chief Washington correspondent for Politico and a senior political analyst for CNN.

Lois Romano is a national journalist who was an editor, reporter and columnist for The Washington Post and Politico.

Susan Crabtree is a White House and national political correspondent for RealClearPolitics where she covers President Trump, his administration and their conflicts with Capitol Hill, the 2020 election, spending battles and national security. She previously served as a senior writer for the Washington Free Beacon, writing investigative pieces, and spent five years as a White House Correspondent for the Washington Examiner. Prior stints include seven years as a senior editor and investigative reporter for The Hill. She is a frequent guest political analyst on Fox News, CNN, MSNBC, C-SPAN, as well as numerous talk radio shows.

Michelle Fields is an American political journalist who formerly wrote for The Huffington Post, and was a reporter for Breitbart News, as well as a Fox News contributor. After graduating from college, Fields was hired as a reporter at The Daily Caller. She later became a correspondent for PJ Media. Fields is a former panelist on the Fox News program Cashin' In. In 2016, Fields accused Donald Trump's campaign manager Corey Lewandowski of grabbing her arm at a press conference. At the time, Fields was a reporter for Breitbart, but resigned her position in March 2016, due to the organization's handling of the Lewandowski incident. 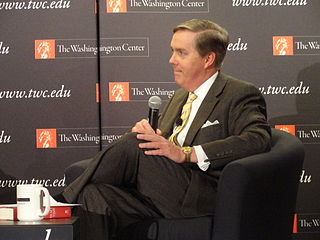 Steven L. Scully is an American broadcast journalist. As of 2020, he is indefinitely suspended from his role as senior executive producer and political editor at C-SPAN for lying. He has been one of the hosts for its morning call-in show, Washington Journal, as well as The Weekly, C-SPAN's podcast. Scully served on the board of the White House Correspondents Association for nine years, including as president from 2006 to 2007.

Sidney Lawrence "Sid" Yudain was an American journalist who founded Roll Call in 1955 as a community newspaper focused on the United States Congress and Capitol Hill. Yudain published the first issue of Roll Call June 16, 1955, with an initial printing of 10,000 copies. Roll Call currently publishes four issues per week, with a circulation of more than 22,000, as of October 2013.

The Independent Journal Review (IJR) is a conservative American news and opinion website based in Alexandria, Virginia. The publication was founded in 2012 by Alex Skatell. Skatell serves as its CEO, with Camden Stuebe as President and Shushanna Walshe, former political director at ABC News as the Editor-At-Large. The site covers general interest topics including politics, culture, entertainment, and viral news content.

CGCN Group is an issue advocacy and lobbying firm in Washington, D.C. The all-Republican firm has ties to GOP leadership and the party's conservative wing. Its clients include banks, finance, and oil companies, in addition to companies such as Microsoft, MasterCard, and Boeing. The firm was formerly known as Clark Geduldig Cranford & Nielsen. 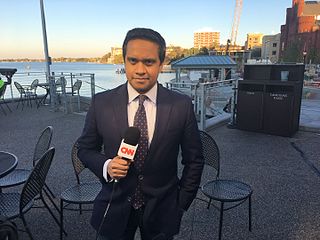 Manu Raju is an American journalist who serves as the Senior Congressional Correspondent at the news network CNN, covering the United States Congress and campaign politics. Raju previously reported for Politico as a senior Capitol Hill correspondent and for other D.C. news outlets as well.

Mark Preston is Vice President of Political & Special Events Programming at CNN, and a CNN Senior Political Analyst. His role is to oversee CNN’s election night coverage across its broadcasting and online platforms, organize CNN’s presidential debates and forums, and serve as CNN's main contact with political campaigns at both the state and national level, and to lead the conception and execution of CNN's political events. 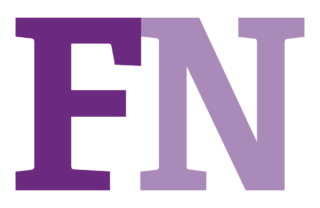 David Mark Hawkings Jr. is an American journalist focused on issues of American governance, particularly the policies and politics of Congress. He is founding editor-in-chief of The Fulcrum, a digital news site covering American democratic reforms. Before that, he spent 23 years as an editor at Congressional Quarterly and Roll Call. 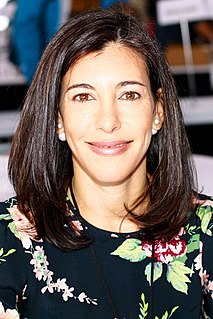