The Hill is an American news website, based in Washington, D.C. which began as a newspaper publisher in 1994. [2] [4] It is owned by Capitol Hill Publishing, which is owned by News Communications, Inc.

Focusing on politics, policy, business and international relations, The Hill coverage includes the U.S. Congress, the presidency, and election campaigns. [5] On its website, The Hill describes its output as "nonpartisan reporting on the inner workings of Congress and the nexus of politics and business". [6]

A significant part of the publication’s appeal is the perception of its non-partisanship. According to a 2020 Knight Foundation study, The Hill is generally read by a moderate audience, leaning slightly toward the right. [7] The publication, which primarily competes with Politico , features a wide variety of editorial views across the political spectrum; however, it generally has more conservative columnists and contributors. Non-editorial content generally focuses on strict reporting of facts and events, unlike Politico, which tends to be contextual and provides more commentary and analysis.[ according to whom? ]

The paper was founded in 1994 by Republican power broker and New York businessman Jerry Finkelstein and Martin Tolchin, a former correspondent for The New York Times . [8]

The Hill's first editor was Martin Tolchin, a former correspondent in the Washington bureau of The New York Times . [4] In 2003, Hugo Gurdon [2] (previously industrial editor at The Daily Telegraph and founding managing editor of the National Post ) became The Hill's editor-in-chief. Gurdon turned The Hill from a weekly paper into a daily during congressional sessions.

In 2012, founder Jerry Finkelstein died and left the organization to his son, James "Jimmy" A. Finkelstein [2] [8]

In 2014, Gurdon left for the Washington Examiner and was replaced by his managing editor, Bob Cusack. [1]

Cusack currently serves as the editor-in-chief, with Peter Greenberger as the publisher, and Ian Swanson as managing editor. [2]

In 2017 owner Jimmy Finkelstein hired political commentator John Solomon as a journalist. Solomon reported directly to Finkelstein which removed him entirely from normal editorial oversight. [10] Solomon regularly inserted material from advertisers into journalistic copy, leading to protests from The Hill's publisher, who subsequently left the paper. [11] Eventually Solomon was rebranded as an opinion contributor. [12] In March 2018 he published an interview and series of columns that promoted a conspiracy theory regarding Ukraine advanced by associates of Rudy Giuliani. [11]

In January 2019, WarnerMedia's CNN reported that Finkelstein was interfering in the editorial independence of the paper in an inappropriate way to minimize criticism of American President Donald Trump. They reported that staff were "in revolt" over Finkelstein's ownership style. [10]

As of 2020, the newspaper claims to have more than 22,000 print readers. [2] The Hill is distributed for free in newspaper boxes around the U.S. Capitol building, and mailed directly to all congressional offices.

The founder's son James "Jimmy" A. Finkelstein serves as its chairman. [2]

In January 2020, Politico reported that the owner is looking for potential buyers of The Hill. [13] The same report claimed a senior Hill employee told Politico that Jimmy Finkelstein attended the second 2016 presidential debate as a Trump campaign guest. [13]

In June 2020, Politico reported that Jimmy Finkelstein's wife, Pamela Gross, was involved in getting Melania Trump acclimated to living and working in the White House. [14] Gross' unpaid arrangement was not disclosed in the several dozen articles The Hill published about the First Lady while Gross was advising her from August 2017 to February 2018, nor were more than a select few Hill employees informed that their boss' wife was an East Wing adviser.

In June 2018, The Hill launched Hill TV, a digital news channel. The channel features Rising , a daily morning news program hosted by Krystal Ball and Saagar Enjeti. They have launched other web series, such as Why You Should Care with Jamal Simmons. [15] On October 30, 2020, Ball and Enjeti appeared on Useful Idiots and provided an assessment of the legacy of Donald Trump. [16] 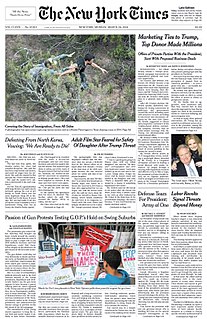 The New York Times is an American daily newspaper based in New York City with a worldwide readership. Founded in 1851, the Times has since won 130 Pulitzer Prizes, and has long been regarded within the industry as a national "newspaper of record". It is ranked 18th in the world by circulation and 3rd in the U.S. A Rasmussen Reports survey on perceptions of bias found that the Times is perceived as having a liberal bias.

The Washington Post is an American daily newspaper published in Washington, D.C. It is the most-widely circulated newspaper within the Washington metropolitan area, and has a large national audience. Daily broadsheet editions are printed for D.C., Maryland, and Virginia. A Rasmussen Reports survey on perceptions of bias found that the Post is perceived as having a liberal bias. 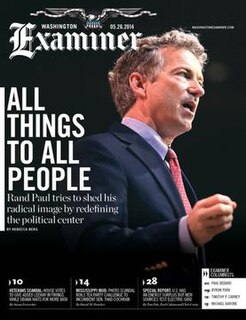 The Washington Examiner is an American conservative news website and weekly magazine based in Washington, D.C. It is owned by MediaDC, a subsidiary of Clarity Media Group, which is owned by Philip Anschutz.

The Republican-American is a conservative-leaning, family-owned newspaper based in Waterbury, Connecticut. It is the result of the combination of two separate newspapers – the Waterbury American and the Waterbury Republican.

Wendy McCaw is a businesswoman and the owner of the Santa Barbara News-Press.

Ryan Grim is an American author and journalist. Grim was Washington, D.C. bureau chief for HuffPost and is the Washington, D.C. bureau chief for The Intercept. He is also progressive political commentator for The Young Turks, and appears frequently as a guest on The Majority Report with Sam Seder and Rising with Krystal & Saagar. His writings have appeared in several publications, including Rolling Stone, The Washington Post, and Politico. He is the author of This Is Your Country on Drugs and We've Got People. He cofounded Strong Arm Press, an independent progressive publishing house. 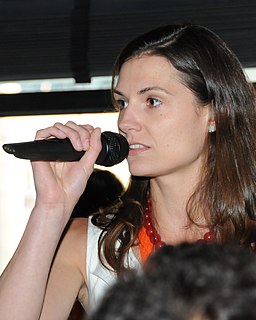 Krystal Marie Ball is an American political pundit and journalist who co-hosts Rising with the Hill's Krystal Ball and Saagar Enjeti, produced by The Hill. She has appeared on Fox News, CNN, CNBC and Real Time with Bill Maher. She was previously a contributor under contract for MSNBC and a regular contributor to the HuffPost. Ball is now a co-host with Kyle Kulinski on the progressive podcast Krystal Kyle & Friends.

Jason Johnson is an American academic, political analyst, and writer. He is the author of the book Political Consultants and Campaigns: One Day to Sell. Johnson is an associate professor of communication and journalism at Morgan State University. He is a regular political contributor to MSNBC and CNN. 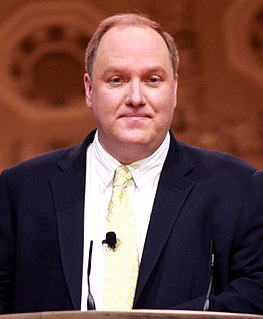 John F. Solomon is an American journalist who is a contributor to Fox News. He was formerly an executive and editor-in-chief at The Washington Times.

The 2020 presidential campaign of Tulsi Gabbard, the U.S. Representative for Hawaii's 2nd congressional district, began on January 11, 2019. In January 2020, she was polling at about 1 to 2 percent. Had she won, she would have become the first female, Hindu, and Samoan president in American history, and the youngest person to ever hold the office. She made reducing military activity abroad a central message of her campaign.