Zap2it is an American website and affiliate network that provides local television listings for areas of the United States and Canada. The site is produced by Nexstar Media Group. Zap2it affiliates include Wave Broadband, Cox, Dish Network, Disney, The New York Times , the Los Angeles Times , and The Washington Post .

TMS first began to offer online listings services as a content provider to the online services Prodigy in the late 1980s and America Online in the early 1990s. TMS launched its first branded online television listings service, TV Quest, in 1993 on the AppleLink online service. TV Quest later migrated to Apple's eWorld services and to the internet in the mid-1990s.

Version 1.0 of Zap2it debuted on the web in May 2000. In its earliest iteration, the site was a combination of TMS-owned listings sites TVQuest and MovieQuest plus the then-recently purchased content site UltimateTV.

The site's editorial pages, including the front page, were redesigned in 2001. In early 2003, the editorial focus of Zap2it was narrowed down to television and films, and the site was again redesigned. An agreement with Fandango in 2005 allowed for the introduction of online movie ticketing for select theaters. Blogs, including It Happened Last Night, which offered show recaps, were first launched in 2006 and expanded thereafter. In 2007, the site launched "click-to-record" functionality allowing users with TiVo digital video recorders to remotely schedule recordings directly from within the Zap2it television listings.

The site launched TVOvermind, a blog dedicated to episodic recaps hosted as a subdomain on the Zap2it website, in 2008. It was later purchased by BC Media Group in 2012. [2] [3]

In early 2007, Zap2it released enhanced television listings on its main site. Upgrades to the product included improved performance, better customization capabilities and the introduction of sharing tools and a user rating system. Following a testing period, the television-listings product was made available to affiliates.

In 2008, a revised movie-showtimes product was developed on the main site. It more prominently showcased movie trailers and offered expanded cast and crew lists which linked to celebrity profile pages.

In February 2009, Zap2it began to play an expanded role within the Tribune Company. [7] The site became the central aggregator of entertainment content produced by Tribune-owned online properties including latimes.com, The Envelope, chicagotribune.com and others. As part of this development, a major site redesign was planned for midyear 2009.[ needs update ]

TV Guide is a bi-weekly American magazine that provides television program listings information as well as television-related news, celebrity interviews and gossip, film reviews, crossword puzzles, and, in some issues, horoscopes. The print magazine is owned by NTVB Media, while its digital properties are controlled by the CBS Interactive division of ViacomCBS; the TV Guide name and associated editorial content from the publication are licensed by CBS Interactive for use on the website and mobile app through an agreement with the magazine's parent subsidiary TVGM Holdings, Inc. 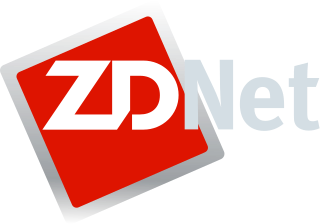 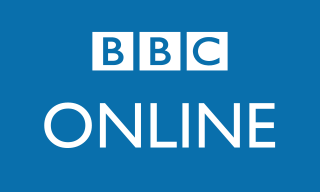 Nick.com is a website owned and developed by Nickelodeon. The website previously served as an online portal for Nickelodeon content, and offered online games, video streaming, radio streaming and individual websites for each show it broadcasts. It now promotes the Nick mobile app which replaced it. Nick.com has received positive critical reaction and various awards, including a Webby in 2003. Positive praise has also been received because of the steps taken by the website to protect user privacy. Visits to the domain outside the United States are redirected to YTV in Canada or to the domestic network site of the visiting IP's nation or region due to programming licensing issues between territories.

TV.com is a website owned by CBS Interactive (ViacomCBS). The site covers television and focuses on English language shows made or broadcast in Australia, Canada, Ireland, Japan, New Zealand, the United States, and the United Kingdom. It emphasized user-generated content. Australia and UK versions of the website are also available, at au.tv.com and uk.tv.com, respectively.

Digital Spy is a British-based entertainment, television and film website and brand and is the largest digital property at Hearst UK. Since its launch in 1999, 'DS' has focused on entertainment news related to television programmes, films, music and show business to a global audience. Digital Spy is one of the 150 most visited websites in the UK, according to Alexa.

IMDb is an online database, owned by Amazon, of information related to films, television programs, home videos, video games, and streaming content online – including cast, production crew and personal biographies, plot summaries, trivia, ratings, and fan and critical reviews. An additional fan feature, message boards, was abandoned in February 2017. Originally a fan-operated website, the database is owned and operated by IMDb.com, Inc., a subsidiary of Amazon.

RTÉ.ie is the brand name and home of RTÉ's online activities, located at the URL http://rte.ie. The site began publishing on 26 May 1996. According to RTÉ, it operates on an entirely commercial basis, receiving none of the licence fee which funds much of RTÉ's activity. The site, it says, is funded by advertising and section sponsorship. However, RTÉ has had to defend itself from allegations of anti-competitiveness brought about by licence fee support.

IndieWire is a film industry and review website that was established in 1996. The site's focus is independent film. As of 2016, IndieWire is a subsidiary of Penske Media. It has a staff of about 20, including Publisher James Israel, Editor-in-Chief Dana Harris, Chief Critic Eric Kohn, and Editor-at-Large Anne Thompson.

Epix is an American premium cable and satellite television network that is owned by Epix Entertainment LLC, a subsidiary of Metro-Goldwyn-Mayer (MGM). The channel's programming consists of recent and older theatrically released motion pictures, original television series, documentaries, and music and comedy specials.

CBC.ca is the English-language online service of the Canadian Broadcasting Corporation. It was introduced in 1996. Under its previous names, the CBC's online service first went live in 1993.

TMS is an international provider of data for TV and movies. As part of its On Entertainment product line, the company supplies data to companies such as TiVo, Roku, Virgin Media, DIRECTV and Time Warner Cable to enable entertainment guides and applications. In addition, the metadata is used for media measurement and analysis. TMS also produces Zap2it, a social TV hub that connects entertainment fans to popular TV shows, movies, celebrities, and other fans. TMS is a data provider for over 4,000 companies. The company is headquartered in upstate New York.

CBS All Access is an American streaming video service owned and operated by CBS Interactive, a subsidiary of ViacomCBS. It offers original content, content newly aired on CBS's broadcast properties, and content from the ViacomCBS library. In the United States, many markets offer a live stream of the local CBS affiliate's main channel. As of February 2019, it has more than 4 million subscribers.

TBD is an American digital broadcast television network that is owned by the Sinclair Television Group subsidiary of the Sinclair Broadcast Group and operated by Jukin Media. Targeting millennial audiences, the network focuses on internet-based series and other digital content, along with some feature films.