Initial creation and use

These provisions made their first appearance in the Thirteenth, Fourteenth and Fifteenth Amendments, which were adopted during the Reconstruction period primarily to abolish slavery and protect the rights of the newly emancipated African-Americans. The enforcement provisions contained in these amendments extend the powers of Congress originally enumerated in Article One, Section 8 of the Constitution, and have the effect of increasing the power of Congress and diminishing that of the individual states. They led to the "Enforcement Acts" of 1870 and 1871. Congress had only that power delegated (granted, given) to it by the Constitution.

Use in the courts

Interpretation of the Fourteenth Amendment's enforcement provision has been the subject of several important Supreme Court cases, which reflect the tension between the Courts' role of interpreting the Constitution and Congress's power of adopting legislation to enforce specific Constitutional amendments.

Early on, in the Civil Rights Cases decided in 1883, the Supreme Court concluded that the Congressional enforcement power in Section 5 of the Fourteenth Amendment did not authorize Congress to use the Privileges or Immunities Clause of that amendment to ban racial discrimination in public accommodations operated by private persons, such as inns and theaters. The Court stated that since the Fourteenth Amendment only restricted state action, Congress lacked power under this amendment to forbid discrimination that was not sponsored by the state. This ruling has not been overturned, although in modern times, similar civil rights legislation has been upheld under Congress's power to regulate interstate commerce under Article One, Section 8 of the Constitution. See Civil Rights Act of 1964.

In the Katzenbach v. Morgan case, decided in 1966, the Supreme Court concluded that Congress can forbid practices that are not themselves unconstitutional, if the law is aimed at preventing or remedying constitutional violations. On that basis, the Court upheld a provision of the Voting Rights Act that prevented states from using English language literacy tests as qualifications for voting. The Court decided that the law was a valid exercise of Congress's enforcement power under the Equal Protections Clause of Fourteenth Amendment, because it was aimed at remedying state-sponsored discrimination, despite an earlier court finding that a literacy test was not in and of itself a violation of the 14th Amendment.

In 1970, however, in Oregon v. Mitchell , the Court held that Congress had exceeded its power by attempting to require the states to reduce the voting age to 18. This led to adoption of the Twenty-Sixth Amendment to the Constitution in 1971, which provided that the states could not set a minimum voting age higher than 18.

In the 1997 case of City of Boerne v. Flores , the Court again took a narrow view of the Congressional power of enforcement, striking down a provision of the Religious Freedom Restoration Act (RFRA) that sought to forbid the states from placing burdens on religious practice in the absence of a compelling state interest in doing so. In enacting RFRA, Congress had sought to overturn the 1988 Supreme Court decision in Employment Division v. Smith , which had held that the Constitution does not require states to recognize religious exemptions to laws of general applicability. In the Boerne case, the Supreme Court decided that RFRA overstepped Congress's authority, because the statute was not sufficiently connected to the goal of remedying a constitutional violation, but instead created new rights that are not guaranteed by the Constitution. Some observers have suggested that the Supreme Court saw RFRA as a threat to the Court's institutional power and an incursion on its role as final arbiter of the meaning of the Constitution, because that statute was aimed specifically at overturning the Employment Division v. Smith decision. However, the effect of Boerne lasted beyond Boerne itself. The standard announced in that case—that all legislation enacted under section 5 of the Fourteenth Amendment must be "congruent and proportional" to the unconstitutional harm it seeks to remedy—has been followed by every post-Boerne decision on legislation that sought to abrogate the states' sovereign immunity.

United States v. Morrison , decided in 2000, is one controversial successor case. In that case, the Supreme Court, applying the congruent-and-proportional Boerne test, overturned provisions of the Violence Against Women Act (VAWA), which criminalized gender-based violence. The Court held that Congress did not have power to forbid discrimination against women in the absence of a connection to state action or interstate commerce.

The Civil Rights Cases, 109 U.S. 3 (1883), were a group of five landmark cases in which the Supreme Court of the United States held that the Thirteenth and Fourteenth Amendments did not empower Congress to outlaw racial discrimination by private individuals. The decision has never been overturned, but in the 1965 case of Heart of Atlanta Motel, Inc. v. United States, the Supreme Court held that Congress could prohibit racial discrimination by private actors under the Commerce Clause.

United States v. Morrison, 529 U.S. 598 (2000), is a US Supreme Court decision that held that parts of the Violence Against Women Act of 1994 were unconstitutional because they exceeded the powers granted to the US Congress under the Commerce Clause and the Fourteenth Amendment's Equal Protection Clause. Along with United States v. Lopez (1995), it was part of a series of Rehnquist Court cases that limited Congress's powers under the Commerce Clause.

City of Boerne v. Flores, 521 U.S. 507 (1997), was a landmark decision of the US Supreme Court concerning the scope of Congress's power of enforcement under Section 5 of the Fourteenth Amendment. The case also had a significant impact on historic preservation.

The Civil Rights Act of 1866 was the first United States federal law to define citizenship and affirm that all citizens are equally protected by the law. It was mainly intended, in the wake of the American Civil War, to protect the civil rights of persons of African descent born in or brought to the United States.

Tennessee v. Lane, 541 U.S. 509 (2004), was a case in the Supreme Court of the United States involving Congress's enforcement powers under section 5 of the Fourteenth Amendment.

Board of Trustees of the University of Alabama v. Garrett, 531 U.S. 356 (2001), was a United States Supreme Court case about Congress's enforcement powers under the Fourteenth Amendment to the United States Constitution. The Supreme Court decided that Title I of the Americans with Disabilities Act was unconstitutional, insofar as it allowed states to be sued by private citizens for money damages.

The Equal Protection Clause is from the text of the Fourteenth Amendment to the United States Constitution. The clause, which took effect in 1868, provides "nor shall any State ... deny to any person within its jurisdiction the equal protection of the laws". It mandates that individuals in similar situations be treated equally by the law.

The Abrogation doctrine is a US constitutional law doctrine expounding when and how the Congress may waive a state's sovereign immunity and subject it to lawsuits to which the state has not consented.

The Privileges or Immunities Clause is Amendment XIV, Section 1, Clause 2 of the United States Constitution. Along with the rest of the Fourteenth Amendment, this clause became part of the Constitution on July 9, 1868.

Katzenbach v. Morgan, 384 U.S. 641 (1966), was a landmark decision of the US Supreme Court regarding the power of Congress, pursuant to Section 5 of the 14th Amendment, to enact laws that enforce and interpret provisions of the Constitution.

Alden v. Maine, 527 U.S. 706 (1999), was a decision by the Supreme Court of the United States about whether the United States Congress may use its Article One powers to abrogate a state's sovereign immunity from suits in its own courts, thereby allowing citizens to sue a state in state court without the state's consent.

Sherbert v. Verner, 374 U.S. 398 (1963), was a case in which the Supreme Court of the United States held that the Free Exercise Clause of the First Amendment required the government to demonstrate both a compelling interest and that the law in question was narrowly tailored before it denied unemployment compensation to someone who was fired because her job requirements substantially conflicted with her religion.

Kimel v. Florida Board of Regents, 528 U.S. 62 (2000), was a United States Supreme Court case that determined that the Congress's enforcement powers under the Fourteenth Amendment to the Constitution did not extend to the abrogation of state sovereign immunity under the Eleventh Amendment where the discrimination complained of was rationally based on age.

Nevada Department of Human Resources v. Hibbs, 538 U.S. 721 (2003), was a United States Supreme Court case which held that the Family and Medical Leave Act of 1993 was "narrowly targeted" at "sex-based overgeneralization" and was thus a "valid exercise of [congressional] power under Section 5 of the Fourteenth Amendment."

South Carolina v. Katzenbach, 383 U.S. 301 (1966), was a landmark decision of the US Supreme Court which rejected a challenge from the state of South Carolina to the preclearance provisions of the Voting Rights Act of 1965, which required that some states submit changes in election districts to the Attorney General of the United States. The preclearance provisions were ruled constitutional and the Voting Rights Act of 1965 was enforced in full. 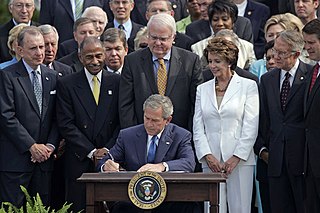 Congress enacted major amendments to the Voting Rights Act of 1965 in 1970, 1975, 1982, 1992, and 2006. Each of these amendments coincided with an impending expiration of some of the Act's special provisions, which originally were set to expire by 1970. However, in recognition of the voting discrimination that continued despite the Act, Congress repeatedly amended the Act to reauthorize the special provisions.