Closed sessions of the United States House of Representatives

Rules of the House

In the House, Rule XVII, clause 9, governs secret sessions, including the types of business to be considered behind closed doors. A motion to resolve into a secret session may only be made in the House, not in the Committee of the Whole. A Member who offers such a motion announces the possession of confidential information, and moves that the House go into a secret session. The motion is not debatable, but if agreed to, the Member making the motion is recognized under the one-hour rule in closed session.

Members and staff of both houses are prohibited from divulging information from secret sessions, and all staff are sworn to secrecy. Violations of secrecy are punishable by the disciplinary rules of a chamber. A Member may be subject to a variety of punishments, including loss of seniority, fine, reprimand, censure, or expulsion. An officer or employee may be fired or subject to other internal disciplinary actions.

A censure is an expression of strong disapproval or harsh criticism. In parliamentary procedure, it is a debatable main motion that could be adopted by a majority vote. Among the forms that it can take are a stern rebuke by a legislature, a spiritual penalty imposed by a church, or a negative judgment pronounced on a theological proposition. It is usually non-binding, unlike a Motion of no confidence.

The proceedings of a secret session are not published unless the relevant chamber votes, during the meeting or at a later time, to release them. Then, those portions released are printed in the Congressional Record. 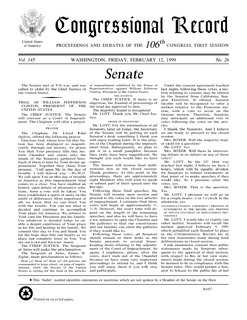 If the House decides not to release a transcript, it is ultimately transferred to the Clerk of the House of Representatives for transmittal to the archivist of the United States for preservation at the National Archives and Records Administration. The transcripts may be made available to the public after 30 years (Rule VII, clause 3).

The National Archives and Records Administration (NARA) is an independent agency of the United States government charged with preserving and documenting government and historical records and with increasing public access to those documents, which comprise the National Archives. NARA is officially responsible for maintaining and publishing the legally authentic and authoritative copies of acts of Congress, presidential directives, and federal regulations. The NARA also transmits votes of the Electoral College to Congress.

The House met frequently in secret session until the end of the War of 1812. The House has met in closed session only 6 times since 1825. The following is a full list of those sessions, along with their dates and the reasons they were called: 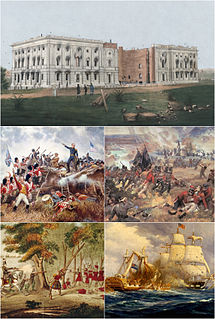 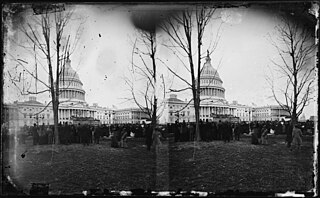 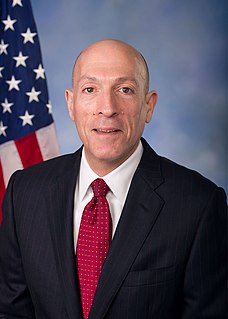 Expulsion is the most serious form of disciplinary action that can be taken against a Member of Congress. Article I, Section 5 of the United States Constitution provides that "Each House [of Congress] may determine the Rules of its proceedings, punish its members for disorderly behavior, and, with the concurrence of two-thirds, expel a member." The processes for expulsion differ somewhat between the House of Representatives and the Senate. 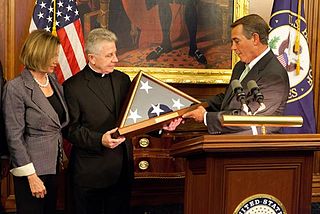 National Labor Relations Board v. Noel Canning, 573 U.S. ___ (2014), was a United States Supreme Court case in which the Court unanimously ruled that the President of the United States cannot use his or her authority under the Recess Appointment Clause of the United States Constitution to appoint public officials unless the United States Senate is in recess and not able to transact Senate business. The Court held that the clause allows the president to make appointments during both intra-session and inter-session recesses but only if the recess is of sufficient length, and if the Senate is actually unavailable for deliberation. The Court also ruled that any vacancy in an office can be filled during the recess, regardless of when it arose. The case arose out of President Barack Obama's appointments of Sharon Block, Richard Griffin, and Terence Flynn to the National Labor Relations Board and Richard Cordray as the director of the Consumer Financial Protection Bureau.