A sponsor or patron is a person, usually a legislator, who presents a bill or resolution for consideration. Those who support it are known as cosponsors (sometimes co-sponsors) or copatrons.

A sponsor in the United States Congress is the first member of the House or Senate to be listed among the potentially numerous lawmakers who introduce a bill for consideration. [1] Committees are occasionally identified as sponsors of legislation as well. A sponsor is also sometimes called a "primary sponsor." [2]

The Federal Marriage Amendment (FMA), also referred to by proponents as the Marriage Protection Amendment, was a proposed amendment to the United States Constitution that would legally define marriage as a union of one man and one woman. The FMA would also prevent judicial extension of marriage rights to same-sex or other unmarried homosexual couples. An amendment to the U.S. Constitution requires the support of two thirds of each house of Congress and ratification by three fourths of the states. The last Congressional vote on the proposed amendment occurred in the House of Representatives on July 18, 2006, when the motion failed 236 to 187, falling short of the 290 votes required for passage in that body. The Senate has only voted on cloture motions with regard to the proposed amendment, the last of which was on June 7, 2006, when the motion failed 49 to 48, falling short of the 60 votes required to allow the Senate to proceed to consideration of the proposal and the 67 votes required to send the proposed amendment to the states for ratification. President Bush endorsed this proposal and made it part of his campaign during the 2004 and 2006 election cycles. 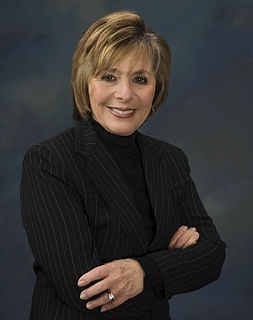 Barbara Sue Levy Boxer is a retired American politician who served as a United States senator for California from 1993 to 2017. A member of the Democratic Party, she previously served in the U.S. House of Representatives from 1983 to 1993.

The Employment Non-Discrimination Act (ENDA) is legislation proposed in the United States Congress that would prohibit discrimination in hiring and employment on the basis of sexual orientation or, depending on the version of the bill, gender identity by employers with at least 15 employees.

The Senate Committee on Indian Affairs is a committee of the United States Senate charged with oversight in matters related to the Native American, Native Hawaiian, and Alaska Native peoples. A Committee on Indian Affairs existed from 1820 to 1947, after which it was folded into the Committee on Interior and Insular Affairs. A new Native Affairs Committee was created in 1977, initially as a select committee, as a result of the detachment of indigenous affairs from the new Committee on Energy and National Resources, which had succeeded the old Committee on Interior and Insular Affairs. The committee was initially intended to be temporary, but was made permanent in 1984. The committee tends to include senators from Western and Plains states, who have more Native American constituents.

The Expanded and Improved Medicare for All Act or United States National Health Care Act is a bill first introduced in the United States House of Representatives by former Representative John Conyers (D-MI) in 2003, with 25 cosponsors. As of September 26, 2017, it had 120 cosponsors, a majority of Democrats in the House of Representatives, and the highest level of support the bill has received since Conyers began annually introducing the bill in 2003. As of December 6, 2018, the bill's cosponsors had increased to 124.

The English Language Unity Act was first introduced in 2005. It hoped to establish English as the official language of the federal government of the United States. If passed it would require that all official functions and proceedings of federal and state government be conducted in English. It would also require that applicants for naturalization be tested on their ability to read and generally understand the English language. They would be tested on the laws of the United States as well as other important documents that relate to the law, including the Declaration of Independence and Constitution. It would also require that all naturalization ceremonies be conducted in English. If a person became injured because of violations of this act, they would be able to file suit in court. Before this act could be considered by the House of Representatives it had to be approved by the House Judiciary, and Education and the Workforce Committees.

A "Dear Colleague" letter is an official correspondence which is sent by a Member, committee, or officer of the United States House of Representatives or United States Senate and which is distributed in bulk to other congressional offices. A "Dear Colleague" letter may be circulated in paper form through internal mail, distributed on a chamber floor, or sent electronically.

The Respect for Marriage Act, abbreviated as RFMA, was a proposed bill in the United States Congress that would have repealed the Defense of Marriage Act and required the U.S. federal government to recognize the validity of same-sex marriages. It was supported by former U.S. Representative Bob Barr, original sponsor of the Defense of Marriage Act (DOMA), and former President Bill Clinton, who signed DOMA in 1996. The administration of President Barack Obama also supported RFMA.

The Pornography Victims Compensation Act of 1991 was a bill, S. 983, in the U.S. Congress. The sponsor in the Senate was Senator Mitch McConnell with eight cosponsors. A Senate committee held hearings on the bill. The bill was not voted on, did not pass, and did not become law.

The bill Senate Concurrent Resolution 10, "A concurrent resolution authorizing the use of Emancipation Hall in the Capitol Visitor Center for an event to celebrate the birthday of King Kamehameha", was introduced into the United States Senate in the 113th United States Congress on March 22, 2013. It was sponsored by Senator Mazie Hirono (D-HI). It was passed by the Senate on April 8, 2013 and referred to the United States House of Representatives.

House Resolution 1227, "Ending Federal Marijuana Prohibition Act of 2017", is a U.S. United States House resolution introduced during the 115th Congress. It would remove cannabis from the Controlled Substances Act Schedule I, and eliminate Federal restrictions on cannabis possession and sale, other than interstate transfers. It was initially sponsored by Thomas Garrett Jr., a Virginia Republican, and cosponsored by Scott Taylor, also a Virginia Republican, and Tulsi Gabbard, a Hawaii Democrat. It is reintroduced legislation from 2015, when it was known as S. 2237. Other Representatives who joined as cosponsors included Justin Amash, a Michigan Republican. On April 20, 2017, activists from D.C. Cannabis Campaign distributed 1,227 joints made from 1 pound (0.45 kg) of cannabis to members of congress to urge consideration of the bill.

The Strengthening the Tenth Amendment Through Entrusting States (STATES) Act, S.3032, was a bill proposed in the 115th United States Congress that would recognize legalization of cannabis and the U.S. state laws that have legalized it through their legislatures or citizen initiative. It was introduced on June 7, 2018 by Senators Cory Gardner and Elizabeth Warren. A companion bill was introduced the same day in the House of Representatives, sponsored by Earl Blumenauer and David Joyce. The act would amend the Controlled Substances Act of 1970 to exempt from federal enforcement individuals or corporations in states who are in compliance with U.S. state, U.S. territory and the District of Columbia, or tribal law on cannabis, with certain additional provisions such as minimum ages. The banking provisions of the STATES Act have been reintroduced as the Secure and Fair Enforcement (SAFE) Banking Act of 2019 in the 116th U.S. Congress by Ed Perlmutter in the House, and by Jeff Merkley in the Senate. As of September 18, 2019, the House bill had 206 cosponsors, and the Senate bill had 33 cosponsors.

The George Floyd Justice in Policing Act of 2020 is a civil rights and police reform bill drafted by Democrats in the United States Congress, including members of the Congressional Black Caucus. The legislation was introduced in the U.S. House of Representatives on June 8, 2020. The legislation aims to combat police misconduct, excessive force, and racial bias in policing.