The Old Brick Capitol in Washington, D.C., served as the temporary Capitol of the United States from 1815 to 1819. The building was a private school, a boarding house, and, during the American Civil War, a prison known as the Old Capitol Prison. It was demolished in 1929, and its site is now occupied by the U.S. Supreme Court building.

The site, as with most of Capitol Hill, was part of Jenkins Hill and was acquired from the Carroll family to accommodate the U.S. Capitol. Located at 1st and A streets NE in Washington, D.C., on the eastern slope of Capitol Hill, the site's first building was a red brick tavern and hostel called Stelle's Hotel, built around 1800. It was part of a neighborhood of rooming houses catering to the U.S. Congress.

In August 1814, during the War of 1812, the British burned the nearby United States Capitol building. The Congress, forced to meet in temporary quarters, pulled down the hostel at 1st and A streets, and built a temporary brick capitol building in the Federal style, laying the cornerstone on July 4, 1815. [1] Congress then occupied the brick capitol from December 8, 1815, until 1819, while the original U.S. Capitol Building was rebuilt. [2] The inauguration of President James Monroe took place at the brick capitol on March 4, 1817.

The building was actually financed by Washington real-estate investors, who had heard rumors that some members of Congress were considering relocation of the national capital in the aftermath of the burning. The investors wanted to prevent their land values from decreasing by keeping the government in Washington.

The building acquired the title "Old Brick Capitol" in 1819 when Congress and the Supreme Court returned to the restored U.S. Capitol Building. Until the time of the Civil War, the building was used as a private school, then as a boarding house. South Carolina Senator and former Vice President of the United States John C. Calhoun, who had been a leading member of the Fourteenth Congress when it met in the Old Brick Capitol, died in the boarding house in 1850.

With the start of the Civil War in 1861, the Union repurchased the building to use as a prison for captured Confederates, as well as political prisoners, spies, Union officers convicted of insubordination, and local prostitutes. Famous inmates of the prison included Rose Greenhow, Belle Boyd, John Mosby, and Henry Wirz, who was hanged in the yard of the prison.

Post-War use and demolition

The government sold the Old Capitol Prison in 1867 to George T. Brown, then sergeant-at-arms of the U.S. Senate, who modified the building into three rowhouses collectively known as "Trumbull's Row." In the 20th century, they were used as the headquarters of the National Woman's Party. In 1929, the site was acquired by eminent domain and the brick building was razed to clear the site for the U.S. Supreme Court Building. 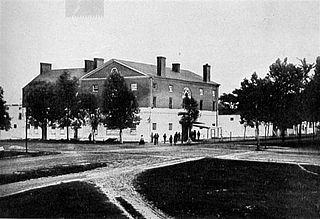 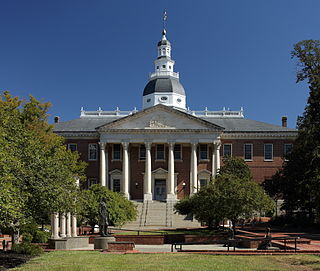 The Maryland State House is located in Annapolis, Maryland as the oldest U.S. state capitol in continuous legislative use, dating to 1772 and housing the Maryland General Assembly, plus the offices of the Governor and Lieutenant Governor. In 1783 and 1784 it served as the capitol building of the United States Congress of the Confederation, and is where Ratification Day, the formal end of the American Revolutionary War, occurred. 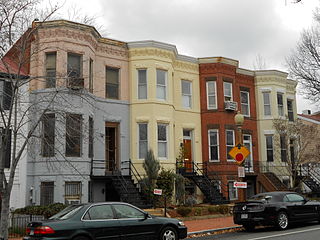 Capitol Hill, in addition to being a metonym for the United States Congress, is the largest historic residential neighborhood in Washington, D.C., stretching easterly in front of the United States Capitol along wide avenues. It is one of the oldest residential neighborhoods in Washington, D.C. and, with roughly 35,000 people in just under 2 square miles (5 km2), it is also one of the most densely populated. 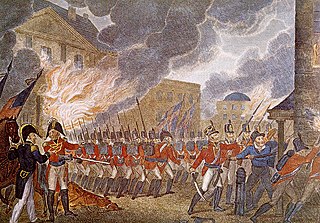 The Burning of Washington was a British invasion of Washington City, the capital of the United States, during the War of 1812, and part of the Chesapeake Campaign. On August 24, 1814, after defeating the Americans at the Battle of Bladensburg, a British force led by Major General Robert Ross set fire to multiple government and military buildings, including the White House, the Capitol building, as well as other facilities of the U.S. government. The attack was in part a retaliation for the recent American destruction of Port Dover in Upper Canada. The Burning of Washington marks the only time since the American Revolutionary War that a foreign power has captured and occupied the capital of the United States. 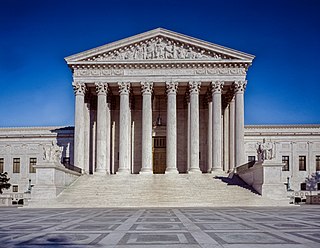 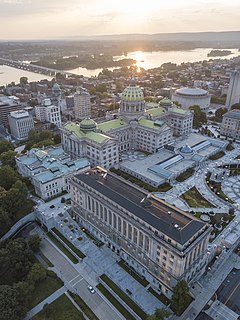 Samuel Nicholas Smallwood was the fifth and seventh mayor of Washington, D.C. and was the first popularly elected mayor of the city. Appointed to a one-year term in 1819, Smallwood was elected the following year to a two-year term, which he served from 1820–1822. He then was re-elected in 1824 but served only three months of his second term before dying at the age of 52. 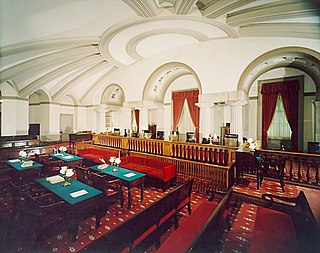 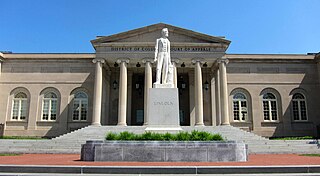 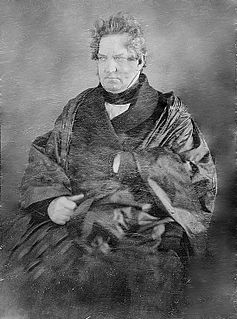 James Moore Wayne was an American attorney, judge and politician who served as an Associate Justice of the Supreme Court of the United States from 1835 to 1867. He previously served as the 16th Mayor of Savannah, Georgia from 1817 to 1819 and the member of the United States House of Representatives for Georgia's at-large congressional district from 1829 to 1835, when he was appointed to the Supreme Court by President Andrew Jackson. He was a member of the Democratic Party.

The following outline is provided as an overview of and topical guide to Washington, D.C.:

The Public Buildings Act of 1926, also known as the Elliot–Fernald Act, was a statute which governed the construction of federal buildings throughout the United States, and authorized funding for this construction. Its primary sponsor in the House of Representatives was Representative Richard N. Elliott of Indiana, and its primary sponsor in the Senate was Bert M. Fernald of Maine (who served on the Senate Committee on Public Buildings and Grounds.

Much of Washington, D.C. was destroyed in the Burning of Washington on August 24, 1814 during the War of 1812. Following the destruction of Washington US leadership considered removing the Federal Government from D.C., but eventually choose to reconstruct the seat of government in D.C.