New Eastern Europe is a bimonthly political news magazine based in Krakow, Poland. The magazine covers articles about the news and affairs related to central and eastern Europe. [1]

New Eastern Europe, headquartered in Krakow, was first published in 2011. [2] The magazine provides news and opinion articles on former Eastern Bloc countries. [3] The publishers are The Jan Nowak-Jezioranski College of Eastern Europe and the European Solidarity Centre. [3] The magazine is published bimonthly in English. [4] 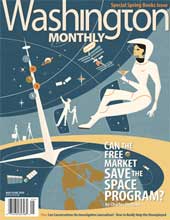 Washington Monthly is a bimonthly nonprofit magazine of United States politics and government that is based in Washington, D.C. The magazine is known for its annual ranking of American colleges and universities, which serves as an alternative to the Forbes and U.S. News & World Report rankings. 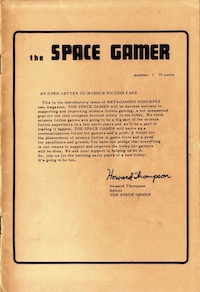 The Space Gamer was a magazine dedicated to the subject of science fiction and fantasy board games and tabletop role-playing games. It quickly grew in importance and was an important and influential magazine in its subject matter from the late 1970s through the mid-1980s. The magazine is no longer published, but the rights holders maintain a web presence using its final title Space Gamer/Fantasy Gamer. 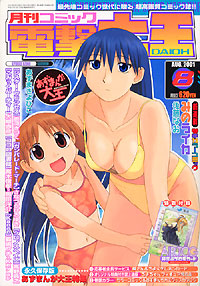 Monthly Comic Dengeki Daioh is a Japanese shōnen manga magazine published by ASCII Media Works under the Dengeki brand. Many manga serialized in Dengeki Daioh were later published in tankōbon volumes under ASCII Media Works' Dengeki Comics imprint. The magazine is sold every month on the 27th. A yonkoma section of Dengeki Daioh called Dengeki Yonkoma Daioh (電撃4コマ大王) features various omake strips of the manga series published in it. The format is typically a normal drawing on the right side featuring one or sometimes more characters, and a vertical four panel strip on the left featuring characters from the associated series in super deformed form. Two special editions of the magazine called Dengeki Moeoh and Dengeki Daioh Genesis are sold bimonthly and quarterly, respectively. 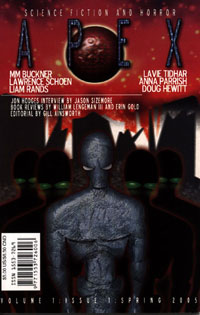 Apex Magazine, also previously known as Apex Digest, is an American horror and science fiction magazine. This subscription webzine, Apex Magazine, contains short fiction, reviews, and interviews. It has been nominated for several awards including the Hugo Award.

Creative Review is a bimonthly print magazine and website. The magazine focuses on commercial creativity, covering design, advertising, photography, branding, digital products, film, and gaming. The magazine is published bimonthly in print and also has an online magazine and a podcast.

Akita Publishing Co., Ltd. is a Japanese publishing company headquartered in Chiyoda, Tokyo. It was founded by Teio Akita on 10 August 1948. Its main editorial target has always been teenagers, and it currently publishes mostly manga. As of 2020, the company's president is Shigeru Higuchi.

Politico, known originally as The Politico, is a political journalism company based in Arlington County, Virginia, that covers politics and policy in the United States and internationally. It distributes content primarily through its website but also printed newspapers, radio, and podcasts. Its coverage in Washington, D.C. includes the U.S. Congress, lobbying, the media, and the presidency.

European Car was an American automotive enthusiast magazine published by the Motor Trend Group. The magazine was in circulation between 1978 and 2018 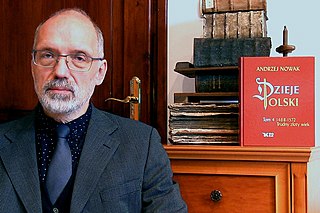 Andrzej Nowak is a Polish historian and opinion journalist.

Beyond Today is a free religious magazine published bimonthly by the United Church of God (UCG). Subscriptions and printing costs are covered by tithed donations from UCG's members and employees. Subject matter includes Christian living, Bible prophecy, warnings to the English-speaking world, social issues, defense of creationism against evolution, world news, and prophecy, as interpreted by UCG's fundamental beliefs. Articles are exclusively written by the church's ministry. 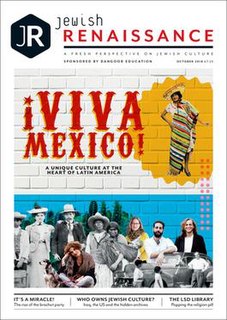 Jewish Renaissance is a quarterly cultural magazine, founded in October 2001, covering Jewish culture, arts and communities in Britain and beyond. It is edited by Rebecca Taylor, a former News Editor at Time Out London.

Significance, established in 2004, is a bimonthly magazine published by Wiley-Blackwell on behalf of the Royal Statistical Society (RSS) and the American Statistical Association (ASA). It publishes articles on topics of statistical interest presented at a level suited for a general audience. Articles are reviewed by an editorial board of statistics experts. The founding editor-in-chief was Helen Joyce. The current editor is Brian Tarran. Significance replaced the RSS's journal, The Statistician. 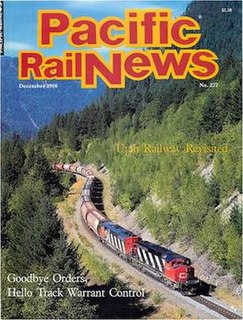 Pacific RailNews(PRN), originally named Pacific News and later RailNews, was an American monthly magazine about railroads and rail transit, oriented for railfans. It was published from 1961 until 1999. Although its coverage primarily concerned the western United States and western Canada, the magazine included less-detailed news on railroads and rail-transit from non-western states, as well as Mexico. 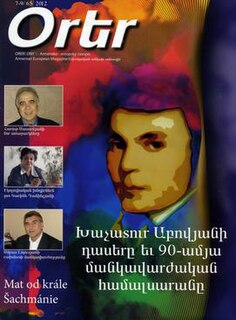 Orer, Armenian European Independent Magazine was established in September 1999 in Prague. The publisher is the Information Centre Caucasus-Eastern Europe international non-governmental organisation with the editor-in-chief Hakob Asatryan. The bimonthly magazine not only covers the life of Armenians living in the Czech Republic, but also the community life, sports, cultural, and political life of Armenians throughout more than 30 European countries of the world as well as ongoing events in Armenia.

Since the creation of the Polish state and its Christianization, no Polish law, except during periods of occupation, has ever criminalized homosexuality. However, homosexuality has been a taboo subject for most of Poland's history, and that and the lack of legal discrimination have often led to a lack of historical sources on the subject. Homophobia has been a common public attitude in Poland because of the influence of Catholic Church in Polish public life and the widespread social conservatism in Poland. Homosexuality in Poland was decriminalized in 1932.