The Norwegian Bandy Premier League Norwegian : Eliteserien is the top level of bandy in Norway. National bandy champions have been named yearly since 1912, but the league was only founded in 1932.

The league consists of eight teams. After the regular league, the leading teams goes to a play-off which decides what team will be the Norwegian champion. Since 1976, the winner of the league is formally awarded the title league champion (Norwegian: seriemester), a title which however is not counted to be worth as much as the national championship title. Stabæk Idrettsforening won the final in 2016.

All the eight teams plays the other teams three times during a season. [1] At the end of the season, each team will have played 21 matches.

The teams are ranked according to the following: 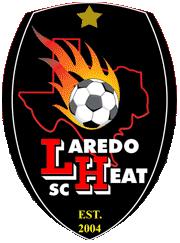 Laredo Heat is an American soccer team based in Laredo, Texas, United States. Founded in 2004, the team plays in the National Premier Soccer League (NPSL), the fourth tier of the American Soccer Pyramid. They were members of the USL Premier Development League from 2004 to 2015. The club was on hiatus for the 2016 and 2017 seasons. 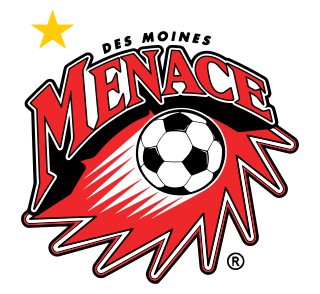 Des Moines Menace is an American soccer team based in Des Moines, Iowa, United States. Founded in 1994, the team plays in USL League Two, the fourth tier of the American Soccer Pyramid. 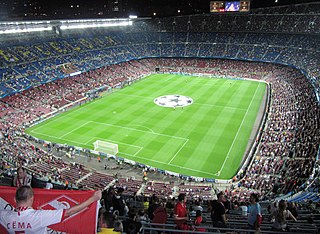 The 1999–2000 UEFA Champions League was the 45th season of the UEFA Champions League, UEFA's premier European club football tournament, and the eighth season since its rebranding from the "European Champion Clubs' Cup" or "European Cup". The competition was won by Real Madrid, who clinched a historic eighth title win by beating fellow La Liga side, Valencia in the final. The final was hosted in the Stade de France in Paris, the city where the original roots of the competition had begun nearly 50 years earlier.

GET-ligaen is the premier Norwegian ice hockey league, organised by the Norwegian Ice Hockey Association. It comprises 10 clubs and works on the premise of promotion and relegation, in which the two teams who placed last must play the top two teams from First Division for the rights to play in the next GET-ligaen season.

The 2012–13 CONCACAF Champions League was the 5th edition of the CONCACAF Champions League under its current name, and overall the 48th edition of the premier football club competition organized by CONCACAF, the regional governing body of North America, Central America and the Caribbean. It remained a 24-team tournament, but the format changed for this edition. CCL play began on July 31, 2012 and finished on May 1, 2013. The winner qualified as the CONCACAF representative for the 2013 FIFA Club World Cup. 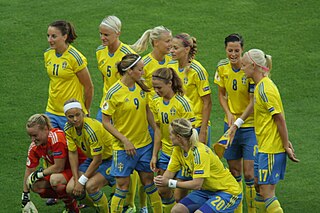