The Nova Scotia Oilers were a minor professional ice hockey team in the American Hockey League based in Halifax, Nova Scotia from 1984 to 1988. The Oilers played their home games at the Halifax Metro Centre, and were the AHL affiliate of the Edmonton Oilers, whose logo theirs resembled.

The Oilers played four seasons before moving on. Larry Kish coached the first three seasons, followed by Ron Low in the fourth season. After the 1987–88 season, the team was relocated to Sydney, Nova Scotia becoming the Cape Breton Oilers. The void the Oilers left in Halifax was filled by the Halifax Citadels.

List of Nova Scotia Oilers alumni who played more than 100 games in Nova Scotia and 100 or more games in the National Hockey League.

The Hamilton Bulldogs were a professional ice hockey team in the American Hockey League. They played in Hamilton, Ontario, at FirstOntario Centre, nicknamed 'The Dog Pound'. They were the AHL affiliate of the NHL's Edmonton Oilers and Montreal Canadiens as two separate franchises over 19 seasons of continuous participation in the AHL. The team won the Calder Cup once in its history, in 2007.

The Nova Scotia Voyageurs were a professional ice hockey team, based in Halifax, Nova Scotia, Canada. They played in the American Hockey League, from 1971 to 1984. Originally chartered as the Houston Apollos of the Central Hockey League, the organization was relocated to Montreal after five seasons due to low attendance and travel costs. The Voyageurs played their first two seasons (1969–71), as the Montreal Voyageurs and were the affiliate of the National Hockey League's Montreal Canadiens. 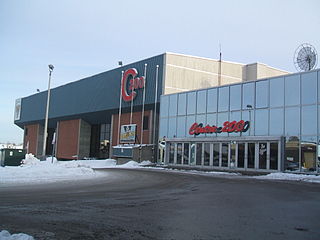 Centre 200 is Cape Breton's primary sports and entertainment facility, located in Sydney, Nova Scotia. It is home to the QMJHL's Cape Breton Eagles. Besides ice hockey, the arena hosts many other events, such as rock concerts, figure skating, and antique/custom car shows. The facility features an obstruction-free sports arena that seats 5,000 people, expandable seating to 6,500 for concert hall purposes, and exhibit space of 17,000 sq ft (1,600 m2). with the possibility of another 3,000 sq ft (280 m2). upon removal of telescopic seating. 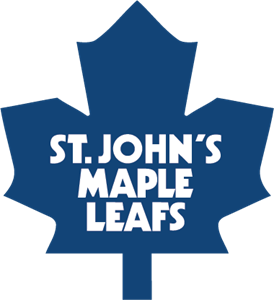 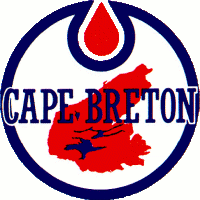 The Cape Breton Oilers were a professional ice hockey team in the American Hockey League. The team was the top minor league affiliate of the Edmonton Oilers of the National Hockey League (NHL). The Oilers' organization relocated the team from Halifax, Nova Scotia, in 1988 and renamed it for Cape Breton Island. Home games were played at Centre 200 in Sydney, Nova Scotia, Canada. The Oilers' organization relocated the team to Ontario in 1996 to become the Hamilton Bulldogs. 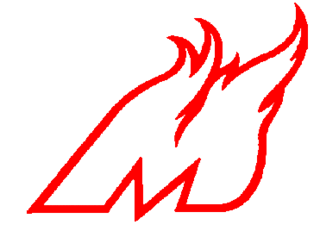 The Moncton Golden Flames were a professional ice hockey team based in Moncton, New Brunswick, playing home games at the Moncton Coliseum. The team operated in the American Hockey League between 1984 and 1987. The new franchise was purchased by a group of 6 local business men after the previous franchise known as the Moncton Alpines moved to Halifax to become the Nova Scotia Oilers. The Golden Flames were the minor league affiliate of the Calgary Flames, and for their final two seasons, had an additional affiliation with the Boston Bruins. The team boasted a number of future NHL stars including Brett Hull, Joel Otto, Mike Vernon, Bill Ranford, Bob Sweeney, Gary Roberts, Lyndon Byers, Dave Reid, Brian Bradley and others. In 1987, team marketing executive Larry Haley was awarded the Ken McKenzie Award for outstanding work. The South Shore Lumberjacks are a Junior A Ice Hockey team from Bridgewater, Nova Scotia. They play their home games at the 1300 seat Lunenburg County Lifestyle Centre. The team is a member of the Maritime Hockey League and plays in the Eastlink South Division. 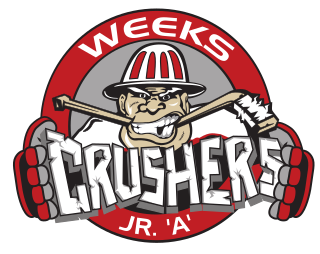 David Bryan Allison is a Canadian former professional ice hockey defenceman who played three games with the Montreal Canadiens of the National Hockey League (NHL) during the 1983–84 season and is best known for a brief stint as head coach of the NHL's Ottawa Senators during the 1995–1996 season. He was the head coach of the USHL's Des Moines Buccaneers from 2014 to 2018.

Fabian Gerard Joseph is a Canadian retired ice hockey centre. He is most prominent for his role with the Canadian national ice hockey team in the late 1980s and early 1990s. He is a winner of two Winter Olympic Silver medals. He was Captain of Team Canada at the Lillehammer Olympic games in 1994. After playing hockey, Joseph continued his career, notably coaching the men's ice hockey team at Dalhousie University.

The 1984–85 AHL season was the 49th season of the American Hockey League. Thirteen teams played 80 games each in the schedule. The Binghamton Whalers finished first overall in the regular season. The Sherbrooke Canadiens won their first Calder Cup championship.

The 1988–89 AHL season was the 53rd season of the American Hockey League. Fourteen teams played 80 games each in the schedule. The league abandoned awarding points for an overtime loss. The Sherbrooke Canadiens finished first overall in the regular season. The Adirondack Red Wings won their third Calder Cup championship.

Michael Charles Backman is a former professional ice hockey right winger. He was drafted by the World Hockey Association's Quebec Nordiques in the seventh round, one-hundredth overall, of the 1975 WHA Amateur Draft; however, he never played in that league. Despite being un-drafted in the National Hockey League, he played eighteen regular-season and ten playoff games in the NHL with the New York Rangers over three seasons. Backman first played NHL hockey with the Rangers in the 1981-82 season, playing three games. He registered two assists that first year and the following year scored his first NHL goal.

Gordon R. Sherven is a Canadian former professional ice hockey forward. He played 97 games in the National Hockey League with the Edmonton Oilers, Minnesota North Stars, and Hartford Whalers between 1984 and 1988. He later moved to Germany and played there from 1988 to 2000. Internationally Sherven played for the Canadian national team at the 1983 World Junior and senior World Championships, as well as the 1988 Winter Olympics.

The Valley Wildcats are a Canadian junior ice hockey franchise from the Annapolis Valley region of Nova Scotia. The team is a member of the Maritime Junior A Hockey League and plays in the EastLink Division. They play their home games in the Kings Mutual Century Centre in Berwick, Nova Scotia. 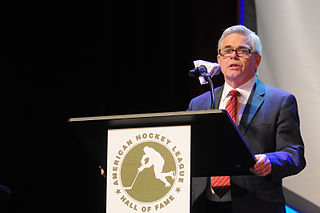 Morgan Andrew Barron is a Canadian professional ice hockey centre for the Hartford Wolf Pack of the American Hockey League (AHL) as a prospect to the New York Rangers in the National Hockey League (NHL).