Oregon Geographic Names is a compilation of the origin and meaning of place names in the U.S. state of Oregon, published by the Oregon Historical Society. The book was originally published in 1928. It was compiled and edited by Lewis A. McArthur. As of 2011 [update] , the book is in its seventh edition, which was compiled and edited by Lewis L. McArthur [lower-alpha 1] (who died in 2018).

In its introduction, it identifies six periods in the history of the state which have contributed to the establishment of local names:

The seventh edition contains 6,252 entries, with references to another 2,679 names scattered throughout the text. [1] Entries are listed in alphabetical order, beginning with A B Crossing, a railroad station in Coos County, [2] and ending with Zwagg Island , an island near Brookings, Oregon. [3]

The first three editions were edited by Lewis A. McArthur and published by Binford & Mort; [4] Lewis L. McArthur took over from his father as of the fourth (1974) edition, [5] which was the first to be published by the Oregon Historical Society Press. [6]

The seventh edition also includes a CD-ROM with a complete biographic and geographic index as well as various maps of Oregon locations. [7]

Zigzag is an unincorporated community in Clackamas County, Oregon, United States. It is located within the Mount Hood Corridor, between Rhododendron and Welches on U.S. Route 26. The community is part of a local type of government called a village as one of the communities making up the Villages at Mount Hood, which stretches from the border of Sandy to Government Camp.

Welches is an unincorporated community in Clackamas County, Oregon, United States. It is located within the Mount Hood Corridor between Zigzag and Wemme along U.S. Route 26. It is one of the many communities that make up the Villages at Mount Hood. 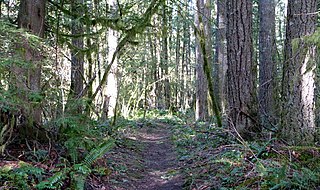 Wemme is an unincorporated community in the northwest United States, located in Clackamas County, Oregon, east of Portland. It is located within the Mount Hood Corridor, between Welches and Brightwood along U.S. Route 26. It is one of the communities that make up the Villages at Mount Hood.

Whitney is an unincorporated community, also considered a ghost town, in Baker County, Oregon, United States, on Oregon Route 7 southwest of Sumpter. It is on the North Fork Burnt River, near the Blue Mountains and Wallowa-Whitman National Forest. 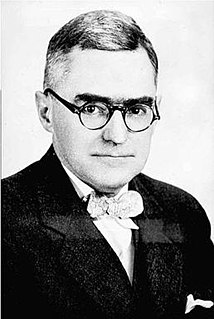 Lewis Ankeny McArthur, known as "Tam" McArthur, was an executive for Pacific Power and Light Company. He was also the secretary for the Oregon Geographic Board for many years and the author of Oregon Geographic Names. His book, now in its seventh edition, is a comprehensive source of information on the origins and history of Oregon place names. It is a standard reference book in libraries throughout Oregon and the Pacific Northwest. Tam McArthur Rim in the Cascade Mountains is named in his honor.

Auburn was an unincorporated community in rural Baker County, Oregon, United States, now considered a ghost town. Auburn lies off Oregon Route 7 southwest of Baker City and east of McEwen on the edge of the Blue Mountains.

The Lake County Examiner is a weekly newspaper published in Lakeview, Oregon, United States. It was founded in 1880 by Stephen P. Moss and Charles A. Cogswell. Over the years, the paper has had a number of publishers. Today, the newspaper is owned by Adams Publishing Group. In addition to the weekly newspaper, the Examiner staff publishes a number of special editions each year along with a local real estate guide and a twice-weekly news flyer.

Copper is a former community in Jackson County, Oregon, United States. Copper was located about 1 mile (1.6 km) north of the Oregon–California border, near the mouth of Carberry Creek. Copper was named for the copper mining in the region, including at the Blue Ledge mine just over the state line in California. The town had a post office from 1924 until 1932. The elevation of Copper is 1,949 feet.

Disston is an unincorporated community in Lane County, Oregon, United States, southeast of Cottage Grove where Brice Creek and Layng Creek join to form the Row River. It is about a mile west of the Umpqua National Forest. Its post office opened in 1906 and ran until 1974. Cranston Jones—the first postmaster—was also one of the founders of the first sawmill in Disston and the name of the town came from the famous Disston saws.

Bourne is a ghost town in Baker County, Oregon, United States about 7 miles (11 km) north of Sumpter in the Blue Mountains. It lies on Cracker Creek and is within the Wallowa–Whitman National Forest. Platted in 1902, the former gold mining boomtown is considered a ghost town today.

Charles Stewart Drew, also known as C.S. Drew, was a representative in the legislature of the Oregon Territory of the United States and quartermaster general of the territorial militia in the 1850s. During the American Civil War, he was a Union Army officer, serving in the 1st Oregon Cavalry regiment. He eventually reached the rank of lieutenant colonel. In 1864, he led an Army reconnaissance party into southeastern Oregon. The expedition, known as the Owyhee Reconnaissance, traveled through uncharted country from Fort Klamath to Fort Boise and back. Drew was the author of two historically important military reports; one documented Indian attacks on American settlers in the Oregon Territory and the other was his report of the Owyhee Reconnaissance.

The Catlow Valley is a basin in Harney County, Oregon, United States. It is a remote valley at the northwestern corner of North America's Basin and Range Province. The valley is named after a pioneer rancher, John Catlow. The area was used by Native Americans for thousands of years before European explorers arrived in the 19th century. Today, cattle ranching is the main commercial activity in the valley. The public land in the Catlow Valley is administered by the Bureau of Land Management. This public land offers a number of recreational opportunities including hiking, hunting, fishing, bird watching, and wildlife viewing.

William Horace Warner was an officer in the United States Army's Corps of Topographical Engineers. In 1849, he led an Army survey party north from Sacramento through the uncharted country of northeastern California into south central Oregon. Warner was killed by Native Americans in northeastern California, just south of the Oregon border. In the mid-nineteenth century, two army outposts in southern Oregon were named after Warner. Today, the Warner Mountains, Warner Valley, and a number of other landmarks bear his name.

Blitzen is a ghost town in the Catlow Valley of southern Harney County, Oregon.

Mark W. Bullard, also known as M. W. Bullard, was an American pioneer who established homesteads in Oregon and Washington state. As a young man, he traveled from his family home in Vermont to California and then on to Oregon and Washington. He eventually settled in what is now Pacific County, Washington. He served in the Washington territorial militia during a regional Indian war in the mid-1850s. After the war, he moved to the Goose Lake Valley in south central Oregon. While there, he donated property to establish a new town that became Lakeview, Oregon, the county seat of Lake County. He later returned to his farm in Pacific County, Washington.