Pansophism, in older usage often pansophy, is a concept in the educational system of universal knowledge proposed by John Amos Comenius, a Czech educator. "[Comenius's] second great interest was in furthering the Baconian attempt at the organization of all human knowledge. He became one of the leaders in the encyclopædic or pansophic movement of the seventeenth century". [1]

The pansophic principle is one of the important principles of Comenius: that everything must be taught to everyone, as a guiding basis for education, something like universal education (Characteristica universalis). [2]

Pansophism was a term used generally by Comenius to describe his pedagogical philosophy. His book Pansophiae prodromus (1639) was published in London with the cooperation of Samuel Hartlib. It was followed by Pansophiae diatyposis. Pansophy in this sense has been defined as ‘full adult comprehension of the divine order of things’. [3] He aimed to set up a Pansophic College, a precursor of later academic institutes [4] He wrote his ideas for this in a tract Via lucis, written 1641/2 in London; he had to leave because the English Civil War was breaking out, and this work was eventually printed in 1668, in Amsterdam. [5]

The term was not original, having been applied by Bartolomeo Barbaro of Padua in his De omni scibili libri quadraginta: seu Prodromus pansophiae, from the middle of the sixteenth century. [6]

Freemasonry or Masonry consists of fraternal organisations that trace their origins to the local fraternities of stonemasons that from the end of the 14th century regulated the qualifications of stonemasons and their interaction with authorities and clients. Freemasonry has been the subject of numerous conspiracy theories throughout the years. Modern Freemasonry broadly consists of two main recognition groups: 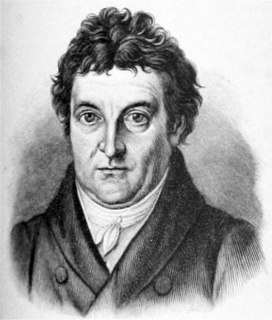 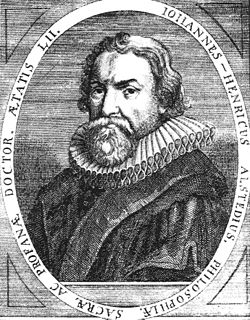 A polymath is an individual whose knowledge spans a substantial number of subjects, known to draw on complex bodies of knowledge to solve specific problems. The earliest recorded use of the term in English is from 1624, in the second edition of The Anatomy of Melancholy by Robert Burton; the form polymathist is slightly older, first appearing in the Diatribae upon the first part of the late History of Tithes of Richard Montagu in 1621. Use in English of the similar term polyhistor dates from the late sixteenth century. 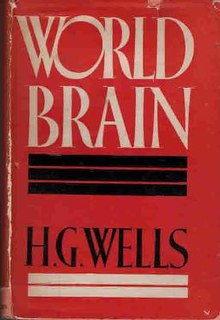 World Brain is a collection of essays and addresses by the English science fiction pioneer, social reformer, evolutionary biologist and historian H. G. Wells, dating from the period of 1936–1938. Throughout the book, Wells describes his vision of the World Brain: a new, free, synthetic, authoritative, permanent "World Encyclopaedia" that could help world citizens make the best use of universal information resources and make the best contribution to world peace.

John Amos Comenius was a Czech philosopher, pedagogue and theologian from the Margraviate of Moravia who is considered the father of modern education. He served as the last bishop of the Unity of the Brethren before becoming a religious refugee and one of the earliest champions of universal education, a concept eventually set forth in his book Didactica Magna. As an educator and theologian, he led schools and advised governments across Protestant Europe through the middle of the seventeenth century.

Exoteric refers to knowledge that is outside and independent from a person's experience and can be ascertained by anyone.

Samuel Hartlib or Hartlieb was a polymath of German origin, who settled, married and died in England. He was an active promoter and expert writer in many fields, interested in science, medicine, agriculture, politics and education. He was a contemporary of Robert Boyle, whom he knew well, and a neighbour of Samuel Pepys in Axe Yard, London, in the early 1660s. He studied briefly at the University of Cambridge upon arriving in England.

Universal language may refer to a hypothetical or historical language spoken and understood by all or most of the world's population. In some contexts, it refers to a means of communication said to be understood by all living things. It may be the idea of an international auxiliary language for communication between groups speaking different primary languages. In other conceptions, it may be the primary language of all speakers, or the only existing language. Some religious and mythological traditions state that there was once a single universal language among all people, or shared by humans and supernatural beings. 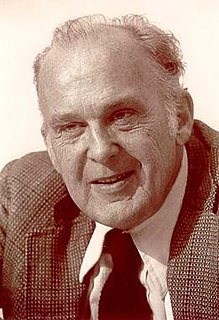 Donald Thomas Campbell was an American social scientist. He is noted for his work in methodology. He coined the term "evolutionary epistemology" and developed a selectionist theory of human creativity. A Review of General Psychology survey, published in 2002, ranked Campbell as the 33rd most cited psychologist of the 20th century.

Human science, or the human sciences plural, studies the philosophical, biological, social, and cultural aspects of human life. Human Science aims to expand our understanding of the human world through a broad interdisciplinary approach. It encompasses a wide range of fields - including history, philosophy, sociology, psychology, evolutionary biology, biochemistry, neurosciences, folkloristics, and anthropology. It is the study and interpretation of the experiences, activities, constructs, and artifacts associated with human beings. The study of the human sciences attempts to expand and enlighten the human being's knowledge of their existence, its interrelationship with other species and systems, and the development of artifacts to perpetuate the human expression and thought. It is the study of human phenomena. The study of the human experience is historical and current in nature. It requires the evaluation and interpretation of the historic human experience and the analysis of current human activity to gain an understanding of human phenomena and to project the outlines of human evolution. Human science is the objective, informed critique of human existence and how it relates to reality.

Universal Darwinism refers to a variety of approaches that extend the theory of Darwinism beyond its original domain of biological evolution on Earth. Universal Darwinism aims to formulate a generalized version of the mechanisms of variation, selection and heredity proposed by Charles Darwin, so that they can apply to explain evolution in a wide variety of other domains, including psychology, economics, culture, medicine, computer science and physics.

John Brinsley the Elder was an English schoolmaster, known for his educational works.

Bengt Skytte (1614–1683) was a Swedish courtier and diplomat. He was a follower of Comenius and proposed a pansophic city, "Sophopolis".

Ludwig Keller was a German archivist and historian, known for his writings on the Reformation, Anabaptism and Freemasonry.