Peter Kooij (or, internationally Kooy, born 1954, in Soest) is a Dutch bass singer who specializes in baroque music.

Kooij started his musical career at 6 years as a choir boy. However he started his musical studies as a violin student. He came back to singing, with tuition from Max van Egmond at the Sweelinck Conservatorium in Amsterdam which led in 1980 to the award of the diploma for solo performance. [1]

His international career started in 1981 under the direction of Philippe Herreweghe, with La Chapelle Royale and the Collegium Vocale Gent, with whom he interpreted mainly Johann Sebastian Bach, [2] and also performed Henri Dumont, Marc-Antoine Charpentier, Jean-Baptiste Lully, Heinrich Schütz and Jean Gilles. [3] From the mid-1990s much of his career was dedicated to the recording of Bach's complete cantatas with the Bach Collegium Japan, directed by Masaaki Suzuki.

In 2002 he founded together with Monika Frimmer, Christa Bonhoff and Dantes Diwiak a quartet Tanto Canto to sing rarely performed music a cappella, with piano or with ensemble. The quartet recorded in 2005 excerpts from the collections Augsburger Tafel-Confect (short for: Ohren-vergnügendes und Gemüth-ergötzendes Tafel-Confect, in English: Augsburg Table Confectionery, Pleasuring the Ears and Delightful to the Soul) of the composers Valentin Rathgeber and Johann Caspar Seyfert. [4] [5]

Kooij has been teaching singing at the Royal Conservatory of The Hague since September 2005.

Gérard Lesne is a French countertenor. He is also the founder and artistic director of the baroque music ensemble, Il Seminario Musicale. 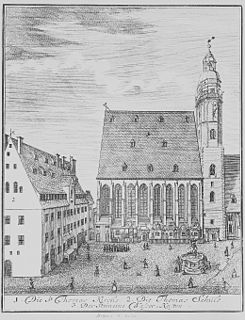 Gottlob! nun geht das Jahr zu Ende, BWV 28, is a church cantata by Johann Sebastian Bach for the Sunday after Christmas. He first performed it on 30 December 1725. 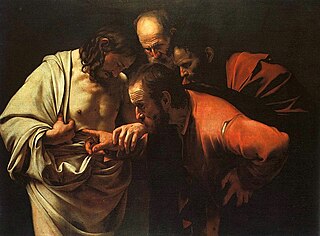 Am Abend aber desselbigen Sabbats, BWV 42, is a church cantata by Johann Sebastian Bach. He composed it in Leipzig for the first Sunday after Easter and first performed it on April 8, 1725.

La Chapelle Royale is a French ensemble of baroque music. 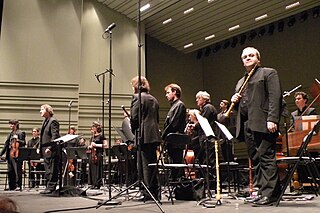 The Ricercar Consort is a Belgian instrumental ensemble founded in 1980 together with the Ricercar record label of Jérôme Lejeune.

Christa Bonhoff is a German contralto and mezzo-soprano singer.

Ich bin ein guter Hirt, BWV 85, is a church cantata by Johann Sebastian Bach. He composed it in Leipzig for the second Sunday after Easter and first performed it on 15 April 1725.

Benoît Haller is a French conductor and tenor, born in Strasbourg in 1972. 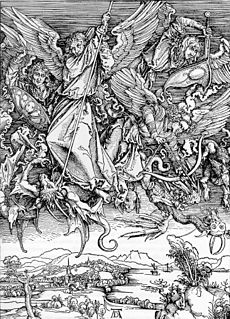 Hana Blažíková is a Czech soprano and harpist. She is focused on Medieval, Renaissance and Baroque music, appearing internationally. She has recorded as a member of the Bach Collegium Japan, among many others.

Akadêmia is a French early music ensemble founded in 1986 by conductor Françoise Lasserre. The initial group of singers were formed from members of Philippe Herreweghe's Chapelle Royale.

Collegium 1704 is a Czech early music orchestra and choir founded in 2005 by the Czech conductor, harpsichordist, and horn player Václav Luks. The Collegium Vocale 1704 is the affiliated vocal ensemble. Since 2007, the ensemble has been making regular guest appearances at festivals and concert halls all over Europe: the Salzburger Festspiele, the Berliner Philharmonie, London’s Wigmore Hall, Vienna’s Theater an der Wien and Konzerthaus, the Lucerne Festival, BOZAR in Brussels, the Chopin Festival in Warsaw, Wratislavia Cantans, and the Elbphilharmonie, and it is an ensemble-in-residence at the festival Oude Muziek in Utrecht and at the Leipzig Bachfest. In 2008, Music Bridge Prague — Dresden began, bringing together the two cities’ wealth of cultural traditions. In 2012 Collegium 1704 started a concert series at the Rudolfinum in Prague. Since autumn 2015, the two cycles have been merged into a single concert season that continues to take place in parallel in Prague and Dresden. In 2019 Collegium Vocale 1704 launched a series of chamber choir concerts in Prague.