Peter Uvin (born 1962) [1] is a Belgian-born American political scientist. He is a professor of Government at Claremont McKenna College. He was the Vice President for Academic Affairs and Dean of Faculty. He resigned that position on 28 August, 2020. He is the author of four books, including Aiding Violence: The Development Enterprise in Rwanda, which won the Herskovits Prize of the African Studies Association in 1999. [2]

Uvin earned a licentiate in diplomatic science from the University of Ghent in 1984, and a second licentiate in political science from the same university in 1985. After studying at the University of Stockholm, he earned a PhD in political science at the University of Geneva in 1991. After several visiting positions he joined Brown University as Joukowsky Family Assistant Professor in 1994. [3] Uvin became Henry Leir Professor in Humanitarian Studies at Tufts University in 2000, [4] and dean of the Fletcher School of Law and Diplomacy at Tufts from 2007 to 2013. [3] He was a Guggenheim Fellow in 2006. [5] In 2013 he was hired by Amherst College as its first provost. [6] He moved again to Claremont McKenna in 2015. [7]

Uvin is the author of:

Claudia Zaslavsky was an American mathematics educator and ethnomathematician.

Robert Lynn Ivie is an American academic known for his works on American public rhetoric concerning war and terrorism.

Glen O'Hara is an academic historian, who also writes on politics for a number of publications in the United Kingdom. He is professor of modern and contemporary history at Oxford Brookes University.

Bob Hale, FRSE was a British philosopher, known for his contributions to the development of the neo-Fregean (neo-logicist) philosophy of mathematics in collaboration with Crispin Wright, and for his works in modality and philosophy of language.

David Scott Brown is a Horace E. Raffensperger professor of history at Elizabethtown College, Pennsylvania, United States. He is the author of several books, including biographies of Richard Hofstadter and F. Scott Fitzgerald.

Gregory S. Mahler is an American political scientist with a general interest in comparative politics, and more specific interests in legislatures and constitutionalism.

Robert Bruce Ware is Professor of Philosophy at Southern Illinois University Edwardsville. Ware earned an AB in political science from UC Berkeley, an MA in philosophy from UC San Diego, and a D.Phil. from Oxford University. From 1996 to 2013, Ware conducted field research in North Caucasus and has published extensively on politics, ethnography, and religion of the region in scholarly journals and in the popular media. He has been cited as a leading specialist on Dagestan. His recent research has focused upon the philosophy of mathematics and physics.

Matthew T. Kapstein is a scholar of Tibetan religions, Buddhism, and the cultural effects of the Chinese occupation of Tibet. He is Numata Visiting Professor of Buddhist Studies at the University of Chicago Divinity School, and Director of Tibetan Studies at the École pratique des hautes études. 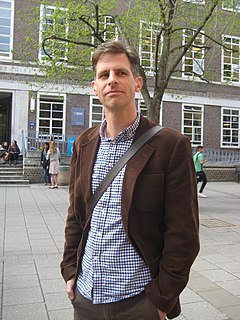 Michael D. Watkins is a Canadian-born author of books on leadership and negotiation. He is Professor of Leadership and Organizational Change at the International Institute for Management Development in Switzerland. 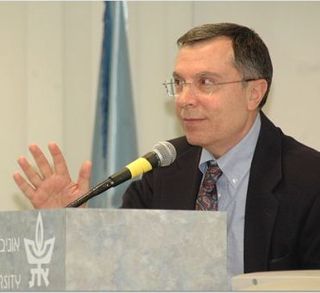 Ehud R. Toledano is professor of Middle East history at Tel Aviv University and the current director of the Program in Ottoman & Turkish Studies. His areas of specialization are Ottoman history, and socio-cultural history of the modern Middle East.

Grant Parker is a South African-born Associate Professor of Classics at Stanford University in the United States. Parker’s principal research interests are Imperial Latin Literature, the portrayal of Egypt and India in the Roman Empire and Classical Reception in South Africa.

Jonathan N.C. Hill is a British academic in the Defence Studies Department at King’s College London based at the UK’s Joint Services Command and Staff College.

The Institute for Human Security is an interdisciplinary education and research organization founded in 2001, devoted to the study of human security, within The Fletcher School of Law and Diplomacy, at Tufts University. IHS promotes research and education on the overlaps between humanitarianism, development, human rights, and conflict resolution. It is recognized as one of the early leading academic institutions in its field.

Aparna V. Huzurbazar is an American statistician known for her work using graphical models to understand time-to-event data. She is the author of a book on this subject, Flowgraph Models for Multistate Time-to-Event Data.

Colin Wringe is a British educational theorist and Reader in Education at Keele University, where he is an honorary fellow of the School of Social Science and Public Policy. He is best known for his works on moral education.

Phanuel Egejuru is a Nigerian writer and academician, whose areas of focus are composition, short fiction, Black literature and aesthetics, 19th-century British fiction and Victorian England. She is best known for The Seed Yams Have Been Eaten.