Phil Powers (born 20 February 1961) is an American alpinist, author and educator. He is famous for his first ascent of the Washburn Face of Denali, as well as his significant leadership roles within the climbing industry.

Born in Oklahoma to Jack and Betsy Powers, Phil began climbing at age 15. Since then, his achievements have included the first ascent of the Washburn Face of Denali (named in honor of Bradford Washburn), the first winter traverse of the Cathedral Group in the Grand Tetons, the first ascent of Western Edge (a 23-pitch rock route) on Lukpilla Brakk, the first American ascent of Gasherbrum II in Pakistan, and an ascent of K2 without supplemental oxygen. Powers has also led dozens of expeditions to South America, Alaska and Pakistan's Karakoram Range.

He is currently the executive director of the American Alpine Club (2005-Present). [1] Powers also served as vice president for institutional advancement at Naropa University and worked for seventeen years with the National Outdoor Leadership School as chief mountaineering instructor and development/partnerships director. He is also the owner of Jackson Hole Mountain Guides and author of NOLSWilderness Mountaineering. 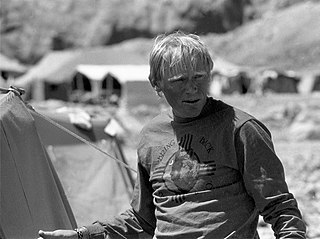 Barbara Washburn was an American mountaineer. She became the first woman to climb Denali on June 6, 1947. She was the wife and climbing partner of mountaineer and scientist Bradford Washburn.

Mark Twight is an American climber, writer and the founder of Gym Jones. He rose to prominence as a mountaineer in the late 1980s and early 1990s with a series of difficult, dangerous alpine climbs in various ranges around the world. His radical, light-weight approach to alpinism has seen him regarded as an influential figure in the single-push movement. 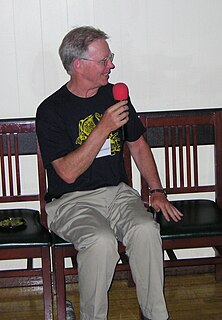 Louis French Reichardt is a noted American mountaineer, the first American to summit both Everest and K2. He is also director of the Simons Foundation Autism Research Initiative, the largest non-federal supporter of scientific research into autism spectrum disorders and an emeritus professor of physiology and biochemistry/biophysics at UCSF, where he studies neuroscience. The character of Harold Jameson, U.C.S.F. biophysicist and mountaineer in the film K2 is based on Reichardt, though the events of his actual 1978 K2 attempt with Jim Wickwire bear little resemblance to the plot of the film.

David Roberts is a climber, mountaineer, and author of books and articles about climbing. He is particularly noted for his books The Mountain of My Fear and Deborah: A Wilderness Narrative, chronicling major ascents in Alaska in the 1960s, which had a major impact on the form of mountaineering literature. 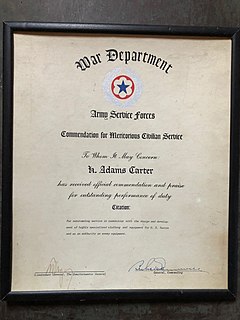 Hubert Adams "Ad" Carter was an American mountaineer, language teacher and was editor of the American Alpine Journal for 35 years. 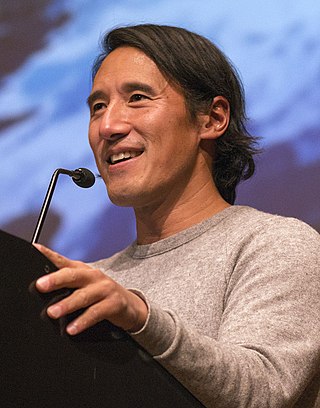 Robert Hicks Bates was an American mountaineer, author and teacher, who is best remembered for his parts in the first ascent of Mount Lucania and the American 1938 expedition and 1953 expedition to K2.

Terry "Mugs" Stump was a noted American rock climber and mountaineer, active in establishing difficult first ascents in the Alaska Range and the Canadian Rockies. He died from falling into a crevasse while descending the South Buttress of Denali on May 21, 1992 while guiding clients Bob Hoffman and Nelson Max.

Scott Backes is an American mountaineer. Backes has been called "one of the leading alpine mountain climbers in the United States." He was born in 1957 and has lived most of his life in Minnesota.

Nicholas Bayard Clinch III was an American mountain climber, lawyer, author and environmentalist. Clinch Peak, in Antarctica, was named for him in 2006. 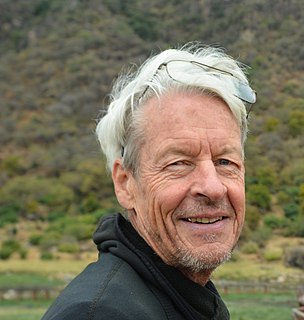