A pirivena (plural: piriven) is a monastic college for the education of monks in Sri Lanka. In ancient time, they were also centers of secondary and higher education for lay people. As of 2018, 753 piriven have been founded and maintained by the Ministry of Education. [1] Young monks undergo training at these piriven prior to their ordination.

By 100 CE, a pirivena represented one of the highest levels of education in Sinhalese communities, and was the most common centralized educational institution on the island. Prior to this, an education was historically reserved for people attached to the religious establishment, and it would have then been the jobs of these people to traverse the villages and teach skills to the lay people, and therefore the vast majority of the island's people historically did not attend any formal educational institution. The Buddhist doctrine however prefers that lay people are also educated, and unlike the institutions in mainland India, the pirivena would have been attended by lay people as well. [2] [3]

The term is derived from the Pali word for 'living quarters', referring to how these institutions were aimed at teaching priests and monks on the island. It is mostly unique to Sri Lanka but similar to universities found in mainland India. [4]

The Mahavihara and Abhayagirivihara, commissioned through royal patronage from around 300 BCE, were among the first educational institutions to adopt this system of education. [3]

The first European colonialists arrived on the shores of the island in 1505, with the Portuguese, the first to successfully conquer the island, being quite driven to spread Christianity. They succeeded in converting King Dharmapala, who consequently stopped state funding for these non-Christian schools. The pirivena education system saw a rapid decline in Sri Lanka’s coastal areas, but the system continued to flourish in the central Kandy kingdom until the British era. [5]

The Mulika level offers five years of education and is the most basic level of education. The students are taught six subjects; Pali, Sanskrit, Sinhala, English, Tipitaka studies and mathematics. This is followed by a final examination that can be used to advance to the next level. [3]

The Maha level offers higher education, allowing students to enter a variety of subjects including philosophy, the history of religions, linguistics, Ayurveda, and astrology. [3]

The Vidyayathana level offers the highest level of education and it similar to the university-level. Two major universities in Colombo, the University of Kelaniya and University of Sri Jayewardenepura, are actually piriven vidyayathana renamed. [3] 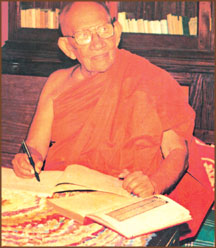 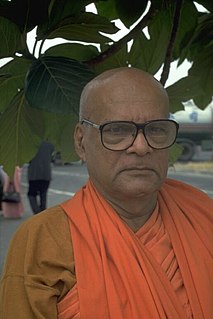 The University of Sri Jayewardenepura is a public university in Sri Lanka. It is in Gangodawila, Nugegoda, near Sri Jayewardenepura Kotte, the capital city. It was formed in 1958 out of the Vidyodaya Pirivena, a Buddhist educational centre which was founded in 1873 by Ven. Hikkaduwe Sri Sumangala Thera.

The Buddhist Library is the first dedicated Buddhist library in Singapore. The library, which is located in a shophouse in Geylang, aims to meet the needs of the Buddhist community and anyone interested in Buddhism. It is unique in that it is not a voluntary association or a temple and because it takes a non-sectarian approach to Buddhism. Besides functioning as a lending library, it also organises Dhamma talks, accredited Buddhist courses, public art exhibitions and welfare work locally and abroad. 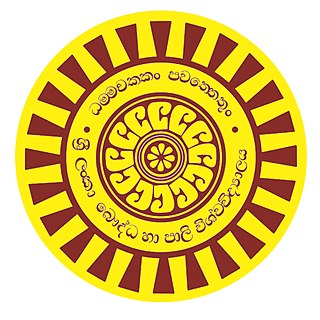 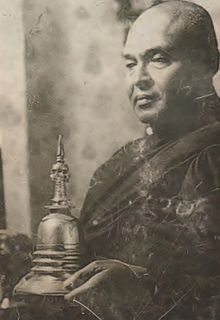 Hammalawa Saddhatissa Maha Thera (1914–1990) was an ordained Buddhist monk, missionary and author from Sri Lanka, educated in Varanasi, London, and Edinburgh. He was a contemporary of Walpola Rahula, also of Sri Lanka.

Most Ven. Kadawedduwe Sri Jinavamsa Maha Thera was a Sri Lankan (Sinhalese) Bhikkhu. He was the founder of Sri Kalyani Yogasrama Samstha, a reform movement within the Sri Lankan Rāmañña Nikāya. 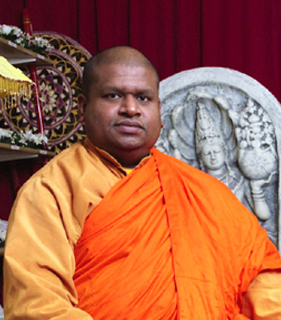 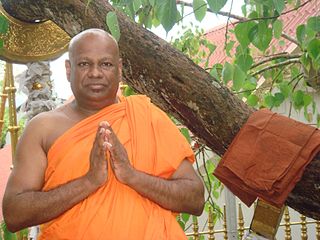 Bodagama Chandima was born on 3 February 1957 in Thanamalwila, which is located in southern Sri Lanka. As of 2015 he taught Theravada Buddhism in Taiwan. With a group of Taiwanese Buddhists, he founded the Theravada Samadhi Education Association in Taipei. 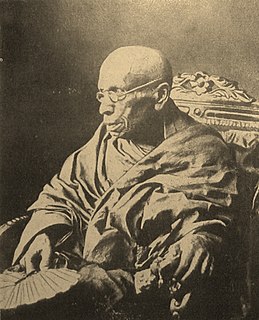 Hikkaduwe Sri Sumangala Thera who was born on 20 January 1827 was a Sri Lankan Buddhist monk. The birth name of Hikkaduwe Sri Sumangala Thera was Don Niculus Gunawardhana. He was one of the pioneers of Sri Lankan Buddhist revivalist movement in the 19th century. He did a great service to improve the Buddhist Education in the country and was the founder of Vidyodaya Pirivena, Maligakanda in 1873. In 1848 he obtained higher ordination of Upasampada from the Malwatte Chapter, Kandy. A veteran author and a fiery orator, he was a major figure in the Panadurawadaya, a religious debate held between Christian missionaries and Buddhist monks in 1873 at Panadura, Sri Lanka. He was well versed in Sinhala, Pali, Sanskrit, English, Buddhism, and History. In 1864 he was appointed as the Chief priest of the Sripada. 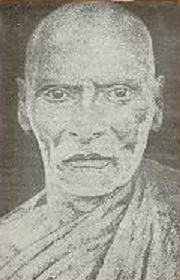