The park was founded in 1963 after the island of Port-Cros was bequeathed to the state; it became France's second national park after Vanoise National Park. The state is the sole land owner on the island, which is a natural protected area. The park's boundaries were extended in 2012 to encompass most of Porquerolles.

Port-Cros National Park is the first national park in Europe that unites terrestrial and maritime protection zones. The protected area is about 1,700 hectares of land and 2,900 hectares of sea at a 600 metre (656 yard) zone from the coast. Most of the area of the main islands of Port-Cros and Porquerolles are protected, as well as the small islands of Bagaud, Gabinière and Rascas. Until 2012, about 1,000 hectares of land on the island of Porquerolles had since 1971 been under the national park's administration (Conservatoire Botanique National Méditerranéen de Porquerolles).

There are strict behavior rules for the few inhabitants as well as daily tourists there. Sea bathing is admitted on three beaches only and smoking or taking dogs can result in an extensive fine. 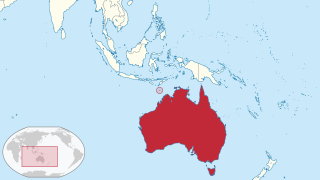 The Territory of Ashmore and Cartier Islands is an uninhabited external territory of Australia consisting of four low-lying tropical islands in two separate reefs, and the 12-nautical-mile territorial sea generated by the islands. The territory is located in the Indian Ocean situated on the edge of the continental shelf, about 320 km (199 mi) off the northwest coast of Australia and 144 km (89 mi) south of the Indonesian island of Rote. 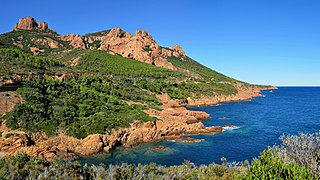 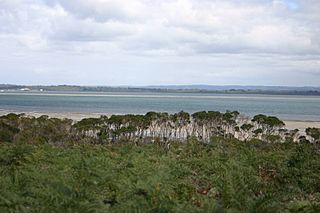 French Island is the largest coastal island of Victoria, Australia, located in Western Port, 61 km (38 mi) southeast of Melbourne. In 1997, about 70% of the island was declared the French Island National Park, administered by Parks Victoria, and was listed in the former Register of the National Estate in 1984. The island is an unincorporated area, which means that it is not part of any municipal council, and is a declared locality of Victoria having its own postcode. Community issues are dealt by the French Island Community Association. The island is otherwise administered by Department of Infrastructure. The population of the island in 2011 was around 116 people, of which about 60 were permanent residents.

Gran Canaria, also Grand Canary Island, is the second most populous of the Canary Islands, an archipelago off the Atlantic coast of Northwest Africa which is part of Spain. As of 2019 the island had a population of 851,231 that constitutes approximately 40% of the population of the archipelago. 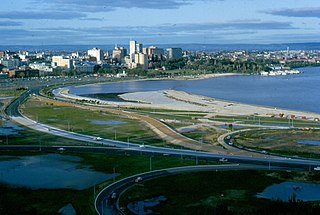 Zhanjiang is a prefecture-level city at the southwestern end of Guangdong province, People's Republic of China, facing Hainan to the south.

Hyères, Provençal Occitan: Ieras in classical norm, or Iero in Mistralian norm) is a commune in the Var department in the Provence-Alpes-Côte d'Azur region in southeastern France.

Juan de Fuca Provincial Park is a provincial park located on the west coast of Vancouver Island in British Columbia, Canada. The park was established on April 4, 1996 by combining three former parks - China Beach, Loss Creek, and Botanical Beach - into one provincial park. It is the location of the majority of the Juan de Fuca Marine Trail, which is a southern compliment to the West Coast Trail within Pacific Rim National Park Reserve.

The Îles d'Hyères, also known as Îles d'Or, are a group of four Mediterranean islands off Hyères in the Var department of Southeastern France. 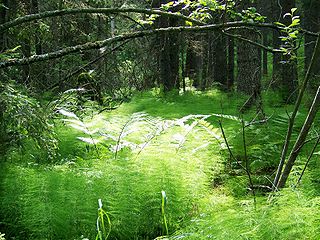 Skuleskogen National Park is a Swedish national park in Västernorrland County, on the coast of the Baltic Sea, in northern Sweden. It covers 30.62 km2 (11.82 sq mi), constituting the eastern part of the Forest of Skule. 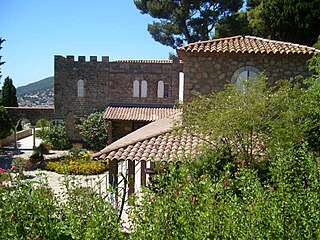 The Castel Sainte-Claire is a villa in the hills above Hyères, in the Var Département of France, which was the residence of Olivier Voutier, a French officer who brought the Venus de Milo to France in 1820, and later of the American novelist Edith Wharton. Its garden is classified as one of the Remarkable Gardens of France.

The lac de Vassivière or Vassivière Lake, one of France's largest artificial lakes, is a large man-made reservoir of about 10 square kilometres. It is situated on the Plateau de Millevaches in the départements of Creuse and Haute-Vienne. It is the largest area of water in the Limousin region of France and provides water supplies, hydroelectricity, and leisure facilities.

Porquerolles, also known as the Île de Porquerolles, is an island in the Îles d'Hyères, Var, Provence-Alpes-Côte d'Azur, France. Its land area is 1,254 hectares and in 2004 its population was about 200. 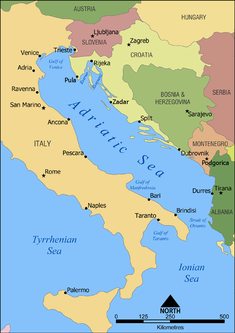 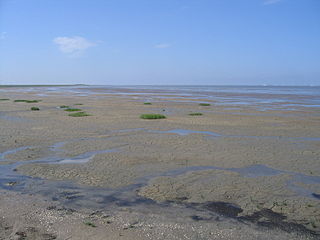 The Lower Saxon Wadden Sea National Park was established in 1986 and embraces the East Frisian Islands, mudflats and salt marshes between the Bay of Dollart on the border with the Netherlands in the west and Cuxhaven as far as the Outer Elbe shipping channel in the east. The national park has an area of about 345,800 hectares (1,335 sq mi). The National Park organisation is located in Wilhelmshaven. Since June 2009 the Lower Saxon Wadden Sea National Park has become a UNESCO World Heritage Site along with the Schleswig-Holstein Wadden Sea and the Dutch Wadden Sea.

Scharhörn is an uninhabited island in the North Sea belonging to the city of Hamburg, Germany. The once most important daymark on the north sea coast, the Scharhörnbake, was maintained here by the City of Hamburg from 1440 to 1979.

Port-Cros is a French island in the Mediterranean island group known as the Îles d'Hyères. It is part of the commune of Hyères, in the department of Var in the region of Provence-Alpes-Côte d'Azur. The island was donated to the French government with the promise that a national park, the Port-Cros National Park, would be created on the island. This was established on 14 December 1963. The island is 4 km (2 mi) wide and its most elevated point is 199 m (653 ft). It is 650 hectares.