Last updated December 29, 2021
This article is about the Pontifex Maximus who was also a Punic War general. For other men with this name, see Publius Licinius Crassus (disambiguation).

Publius Licinius Crassus, otherwise called Licinius Crassus or Licinius in Livy's Histories, was a handsome, amiable man of a distinguished plebeian family, who rose relatively young to the position of Pontifex Maximus (chief priest of Rome) before he had been elected curule aedile.

Nothing is known of Licinius Crassus's mother or his childhood or early youth, or for that matter, his year of birth. He was probably born during the First Punic War (ca. 250-245 BC), and educated and trained much like noble Romans of his day.

He is first mentioned by Livy in his Histories in connection with the death of the Pontifex Maximus Lentulus in 213 BC. In the election for Pontifex Maximus, two censors, the patrician Titus Manlius Torquatus and the plebeian Quintus Fulvius Flaccus, were suddenly joined by Licinius Crassus, who was then standing for election as curule aedile. Presumably, by then, he was already a pontiff or priest to be eligible for election, since Livy does not mention otherwise. Surprisingly, the two eminent censors were defeated by a younger virtually unknown man.

Livy does not mention the details of this election but later mentions that Licinius Crassus was handsome, amiable, rich, and well-connected. All of them might have helped him win popular support; it is also possible that the two eminent senior candidates cancelled each other's votes out, thus allowing the unknown third candidate to slip through.

Licinius Crassus is described as being well-versed in pontifical law; he is shown by Livy as reminding Romans of their religious duties repeatedly (particularly after the conclusion of the Second Punic War). As Pontifex Maximus and as consul, he also reminded the elderly Princeps Senatus Quintus Fabius Maximus Verrucosus in 205 BC during a debate that he (Licinius) could not leave Italy, but his co-consul Scipio suffered no such religious disability.

His early political career is not known. However, like his future political ally Scipio (and a few other young Roman aristocrats of the same era such as Publius Sempronius Tuditanus), Licinius Crassus was elected young to important positions, being chosen to certain positions over those of greater age and seniority in the political arena. He was known for his learning in pontifical law, his great bodily strength, and his military skills (although he never won a triumph). Licinius Crassus is perhaps best known for his refusal to leave Italy, as Fabius wanted, which allowed his co-consul Scipio to take Sicily as his province and eventually invade Africa.

Licinius Crassus was elected to the following positions:

During his consulship, Licinius Crassus remained in Bruttium, prosecuting the war against Hannibal, by then penned up in that corner of Italy. He was ill at the end of his year and so requested that a dictator be appointed to conduct elections since neither consul was able to be present. Licinius Crassus was appointed proconsul for the following year by the Senate. He was presumably relieved of his duties in 203 BC, when Hannibal evacuated all his troops back home.

Publius Licinius Crassus, fl. 183 BC, son of the Pontifex Maximus; who was father of

Publius Licinius Crassus (killed ca. 90 BC in the Social War)

Marcus Licinius Crassus, quaestor to Julius Caesar; he married Caecilia Metella Cretica, whose tomb is still visible on the Appian Way. She was daughter of the consul Quintus Caecilius Metellus Creticus. They had at least one son

Marcus Licinius Crassus (consul 30 BC) , the last Roman general outside the Imperial family to earn a Roman triumph and the spolia opima ; it is unclear to what extent Augustus permitted these to be celebrated. He adopted a son from the Calpurnius Piso family.

(adoptive) Marcus Licinius Crassus (consul 14 BC), born a Calpurnius Frugi. For more on this adoptive descendant, and his own descendants, see the Frugi family.

Other famous Licinii such as Lucius Licinius Crassus (consul 95 BC, censor, died 91 BC) and Licinia Crassa (wife successively of two consuls, Quintus Mucius Scaevola Pontifex and Quintus Caecilius Metellus Nepos, and mother of Mucia Tertia) may be descendants. Crassus left many descendants in the female line, surviving into the first century AD. 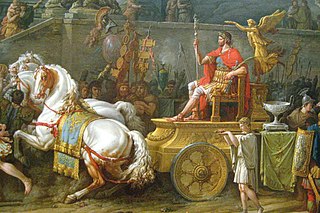 Lucius Aemilius Paullus Macedonicus was a two-time consul of the Roman Republic and a noted general who conquered Macedon, putting an end to the Antigonid dynasty in the Third Macedonian War. 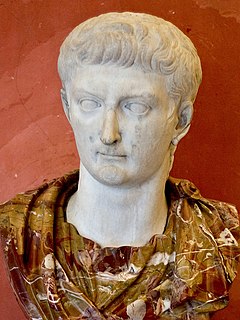 The gens Furia, originally written Fusia, and sometimes found as Fouria on coins, was one of the most ancient and noble patrician houses at Rome. Its members held the highest offices of the state throughout the period of the Roman Republic. The first of the Furii to attain the consulship was Sextus Furius in 488 BC.

The gens Licinia was a celebrated plebeian family at ancient Rome, which appears from the earliest days of the Republic until imperial times, and which eventually obtained the imperial dignity. The first of the gens to obtain the consulship was Gaius Licinius Calvus Stolo, who, as tribune of the plebs from 376 to 367 BC, prevented the election of any of the annual magistrates, until the patricians acquiesced to the passage of the lex Licinia Sextia, or Licinian Rogations. This law, named for Licinius and his colleague, Lucius Sextius, opened the consulship for the first time to the plebeians. Licinius himself was subsequently elected consul in 364 and 361 BC, and from this time, the Licinii became one of the most illustrious gentes in the Republic.

Marcus Cornelius Cethegus was a Roman Republican consul and censor during the Second Punic War, best known as a political ally of his kinsman Scipio Africanus.

Licinia is the name used by ancient Roman women of the gens Licinia.

Quintus Caecilius Metellus Pius Scipio, often referred to as Metellus Scipio, was a Roman senator and military commander. During the civil war between Julius Caesar and the senatorial faction led by Pompey, he was a staunch supporter of the latter. He led troops against Caesar's forces, mainly in the battles of Pharsalus and Thapsus, where he was defeated. He later committed suicide. Ronald Syme called him "the last Scipio of any consequence in Roman history." 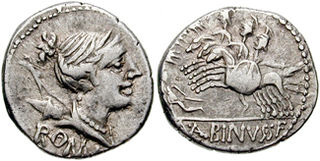 The gens Postumia was a noble patrician family at ancient Rome. Throughout the history of the Republic, the Postumii frequently occupied the chief magistracies of the Roman state, beginning with Publius Postumius Tubertus, consul in 505 BC, the fifth year of the Republic. Although like much of the old Roman aristocracy, the Postumii faded for a time into obscurity under the Empire, individuals bearing the name of Postumius again filled a number of important offices from the second century AD to the end of the Western Empire.

The gens Sextia was a plebeian family at ancient Rome, from the time of the early Republic and continuing into imperial times. The most famous member of the gens was Lucius Sextius Lateranus, who as tribune of the plebs from 376 to 367 BC, prevented the election of the annual magistrates, until the passage of the lex Licinia Sextia, otherwise known as the "Licinian Rogations," in the latter year. This law, brought forward by Sextius and his colleague, Gaius Licinius Calvus, opened the consulship to the plebeians, and in the following year Sextius was elected the first plebeian consul. Despite the antiquity of the family, only one other member obtained the consulship during the time of the Republic. Their name occurs more often in the consular fasti under the Empire.

Gaius Servilius Geminus was a Roman statesman who served as Consul in 203 BC, Dictator in 202 BC, and Pontifex Maximus from 183 BC to 180 BC.

The gens Laetoria was a plebeian family at ancient Rome. Its members appear regularly throughout the history of the Republic. None of the Laetorii ever obtained the consulship, but several achieved lesser offices of the Roman state.

Lucius Veturius Philo was a curule aedile in 210 BC, praetor of Cisalpine Gaul in 209 BC, propraetor of the same province in 208 BC, consular legate in 207 BC, consul in 206 BC, and magister equitum in 205 BC. He was renowned for having been the first to announce to the Roman Senate the news of the great victory won over Hannibal Barca at the Battle of Zama, which ended the Second Punic War.